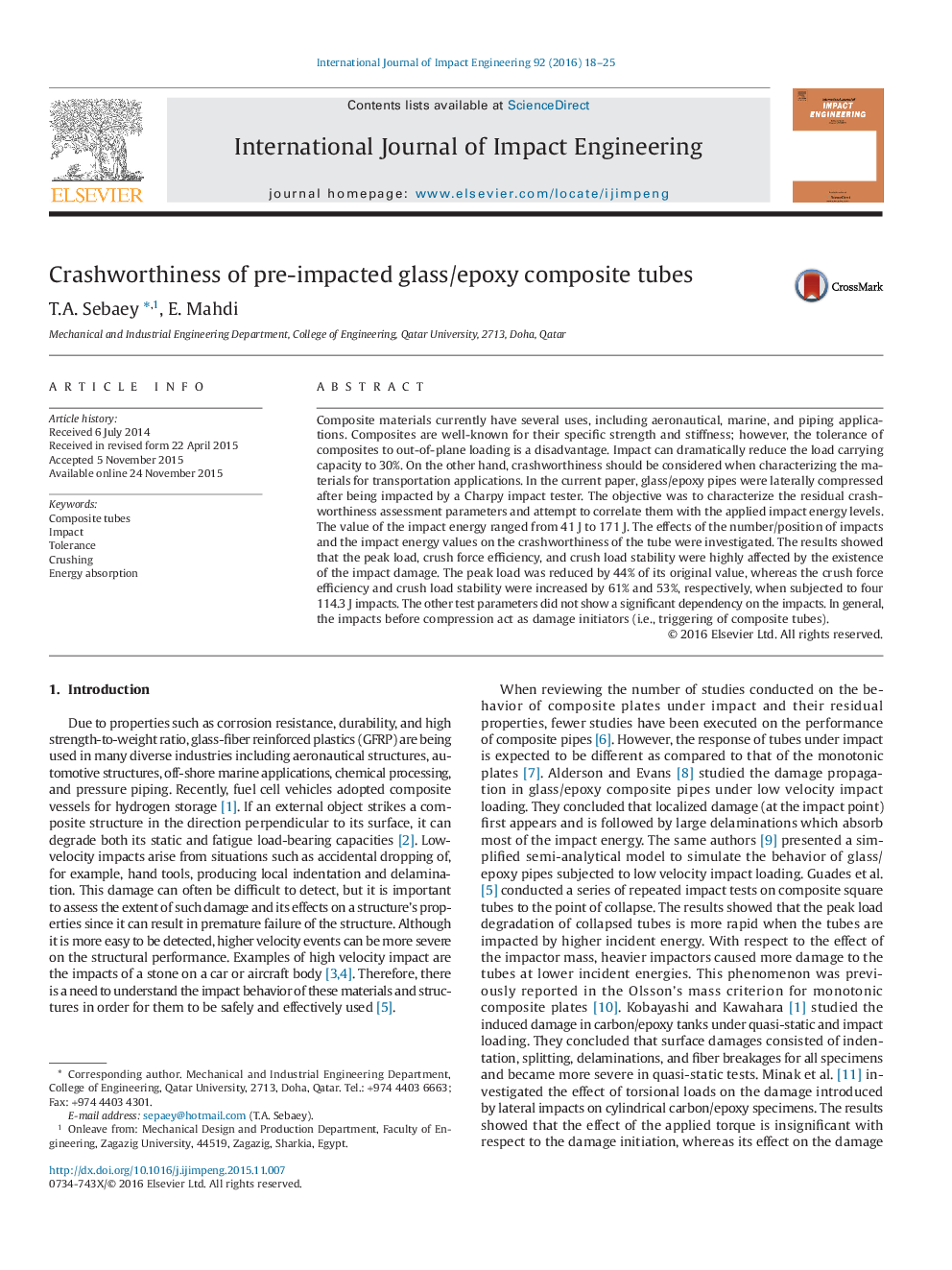 Composite materials currently have several uses, including aeronautical, marine, and piping applications. Composites are well-known for their specific strength and stiffness; however, the tolerance of composites to out-of-plane loading is a disadvantage. Impact can dramatically reduce the load carrying capacity to 30%. On the other hand, crashworthiness should be considered when characterizing the materials for transportation applications. In the current paper, glass/epoxy pipes were laterally compressed after being impacted by a Charpy impact tester. The objective was to characterize the residual crashworthiness assessment parameters and attempt to correlate them with the applied impact energy levels. The value of the impact energy ranged from 41 J to 171 J. The effects of the number/position of impacts and the impact energy values on the crashworthiness of the tube were investigated. The results showed that the peak load, crush force efficiency, and crush load stability were highly affected by the existence of the impact damage. The peak load was reduced by 44% of its original value, whereas the crush force efficiency and crush load stability were increased by 61% and 53%, respectively, when subjected to four 114.3 J impacts. The other test parameters did not show a significant dependency on the impacts. In general, the impacts before compression act as damage initiators (i.e., triggering of composite tubes).