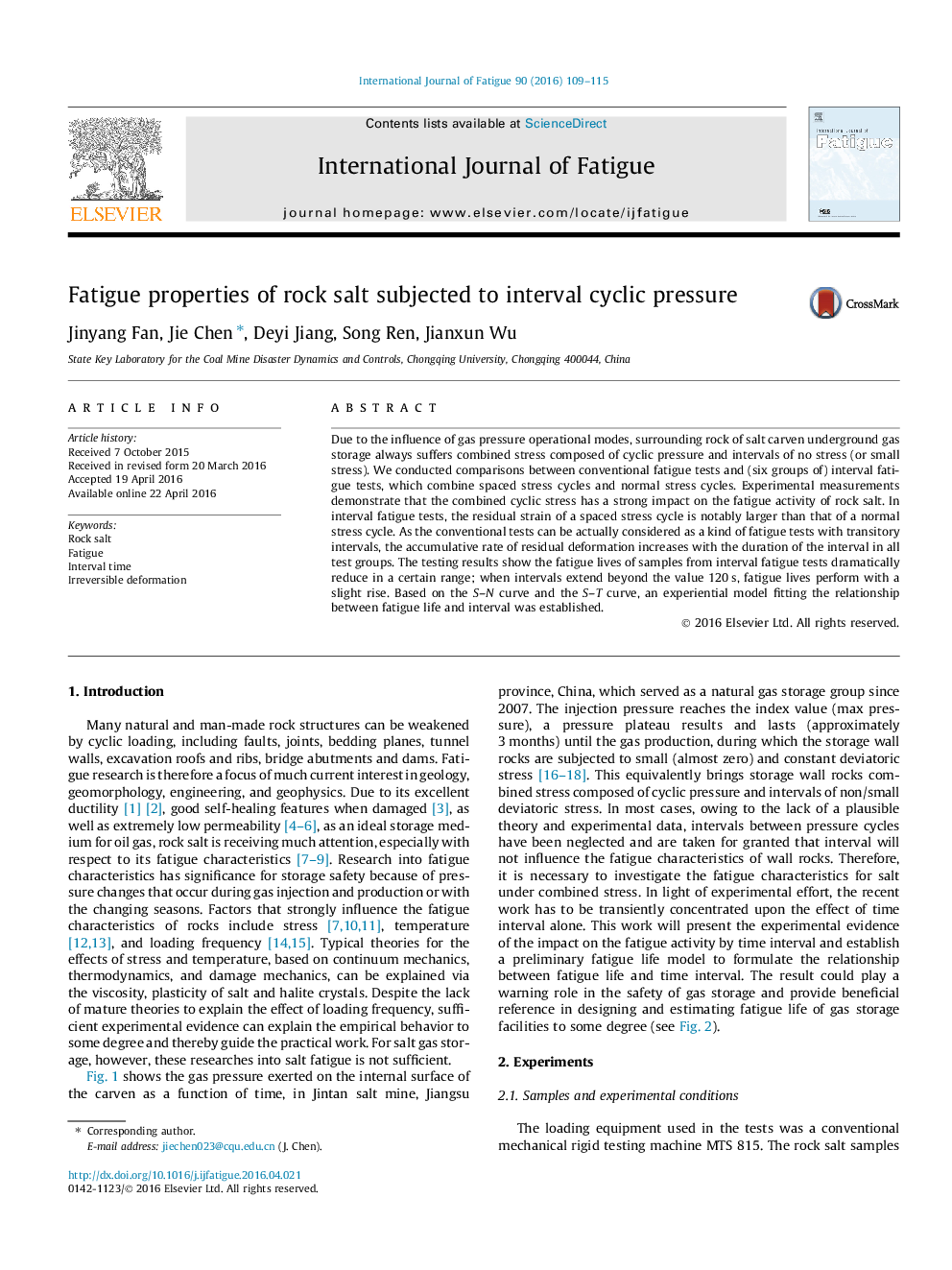 • This work presents the experimental evidence for the impact of time interval.
• A preliminary interval fatigue life model is established.
• Residual stress and Bauschinger effect are the reason for decreasing fatigue life.

Due to the influence of gas pressure operational modes, surrounding rock of salt carven underground gas storage always suffers combined stress composed of cyclic pressure and intervals of no stress (or small stress). We conducted comparisons between conventional fatigue tests and (six groups of) interval fatigue tests, which combine spaced stress cycles and normal stress cycles. Experimental measurements demonstrate that the combined cyclic stress has a strong impact on the fatigue activity of rock salt. In interval fatigue tests, the residual strain of a spaced stress cycle is notably larger than that of a normal stress cycle. As the conventional tests can be actually considered as a kind of fatigue tests with transitory intervals, the accumulative rate of residual deformation increases with the duration of the interval in all test groups. The testing results show the fatigue lives of samples from interval fatigue tests dramatically reduce in a certain range; when intervals extend beyond the value 120 s, fatigue lives perform with a slight rise. Based on the S–N curve and the S–T curve, an experiential model fitting the relationship between fatigue life and interval was established.