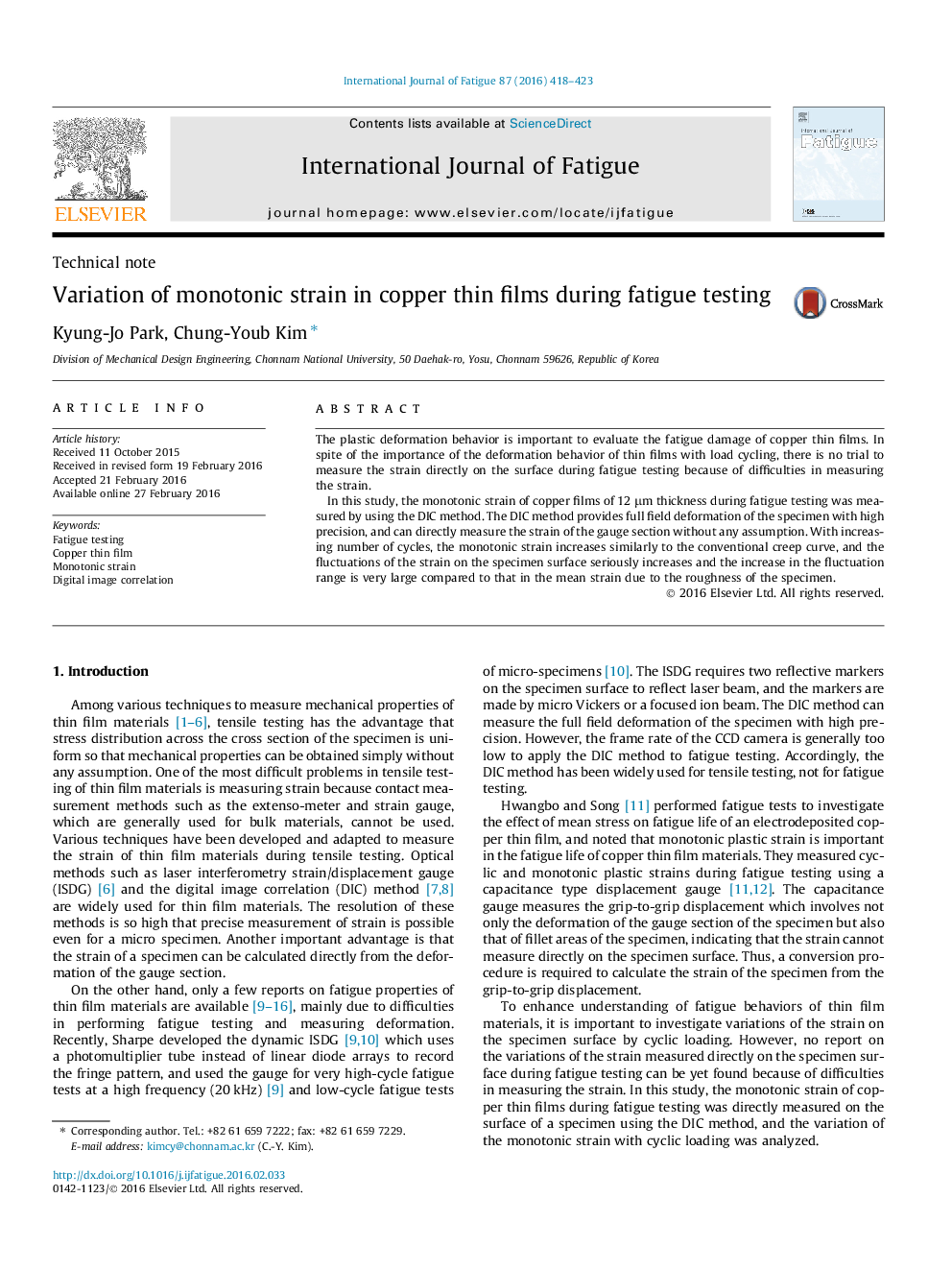 The plastic deformation behavior is important to evaluate the fatigue damage of copper thin films. In spite of the importance of the deformation behavior of thin films with load cycling, there is no trial to measure the strain directly on the surface during fatigue testing because of difficulties in measuring the strain.In this study, the monotonic strain of copper films of 12 μm thickness during fatigue testing was measured by using the DIC method. The DIC method provides full field deformation of the specimen with high precision, and can directly measure the strain of the gauge section without any assumption. With increasing number of cycles, the monotonic strain increases similarly to the conventional creep curve, and the fluctuations of the strain on the specimen surface seriously increases and the increase in the fluctuation range is very large compared to that in the mean strain due to the roughness of the specimen.