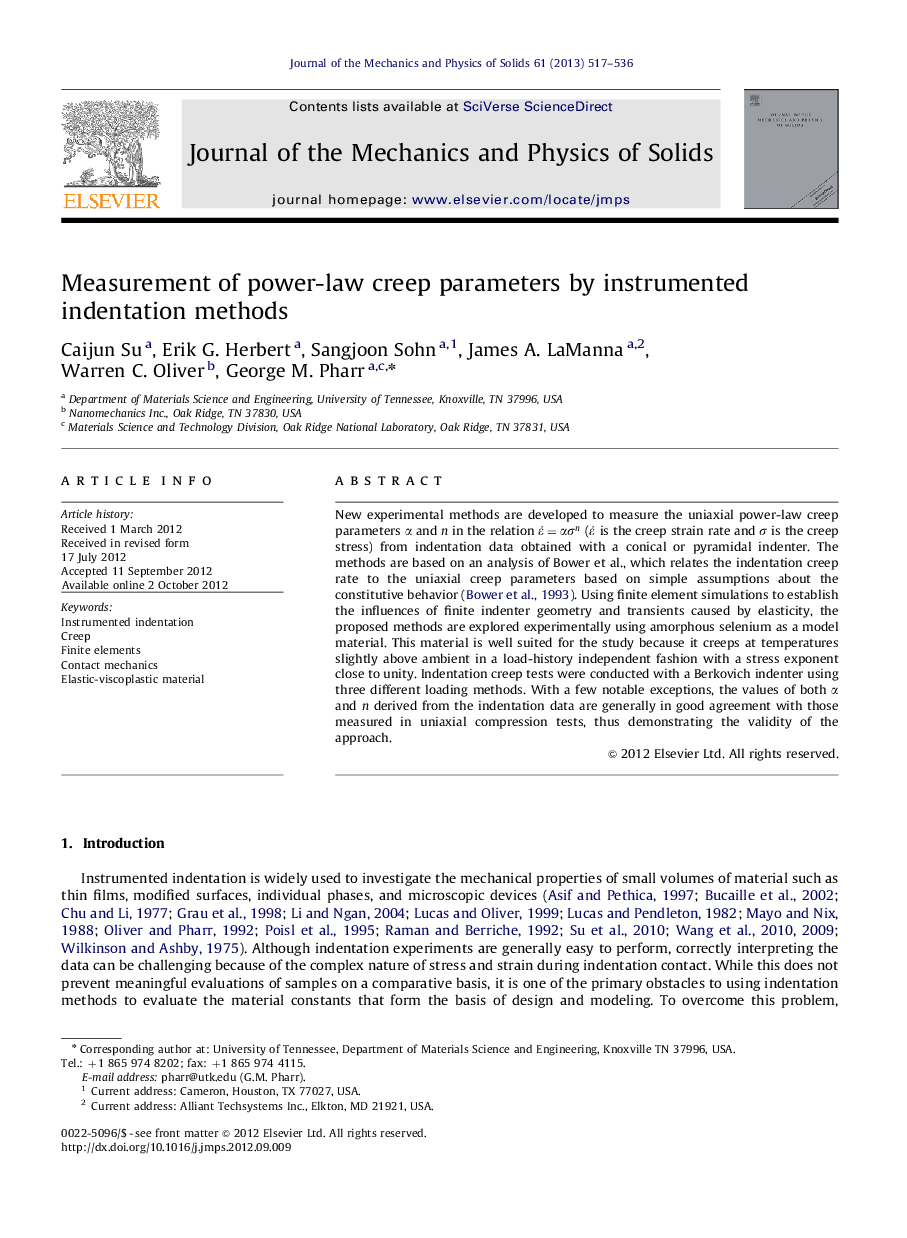 New experimental methods are developed to measure the uniaxial power-law creep parameters α and n   in the relation ε̇=ασn (ε̇ is the creep strain rate and σ is the creep stress) from indentation data obtained with a conical or pyramidal indenter. The methods are based on an analysis of Bower et al., which relates the indentation creep rate to the uniaxial creep parameters based on simple assumptions about the constitutive behavior ( Bower et al., 1993). Using finite element simulations to establish the influences of finite indenter geometry and transients caused by elasticity, the proposed methods are explored experimentally using amorphous selenium as a model material. This material is well suited for the study because it creeps at temperatures slightly above ambient in a load-history independent fashion with a stress exponent close to unity. Indentation creep tests were conducted with a Berkovich indenter using three different loading methods. With a few notable exceptions, the values of both α and n derived from the indentation data are generally in good agreement with those measured in uniaxial compression tests, thus demonstrating the validity of the approach.