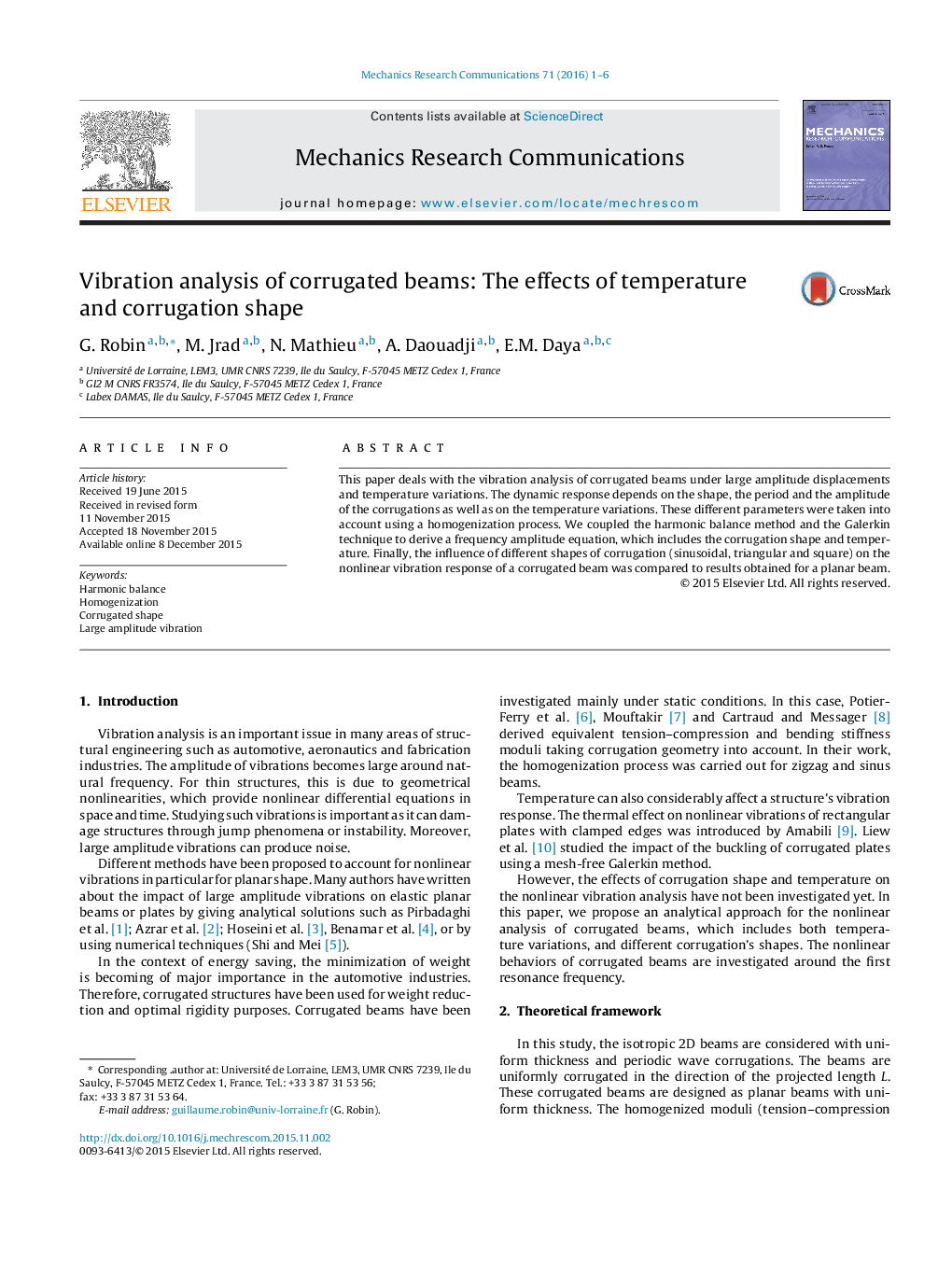 This paper deals with the vibration analysis of corrugated beams under large amplitude displacements and temperature variations. The dynamic response depends on the shape, the period and the amplitude of the corrugations as well as on the temperature variations. These different parameters were taken into account using a homogenization process. We coupled the harmonic balance method and the Galerkin technique to derive a frequency amplitude equation, which includes the corrugation shape and temperature. Finally, the influence of different shapes of corrugation (sinusoidal, triangular and square) on the nonlinear vibration response of a corrugated beam was compared to results obtained for a planar beam.