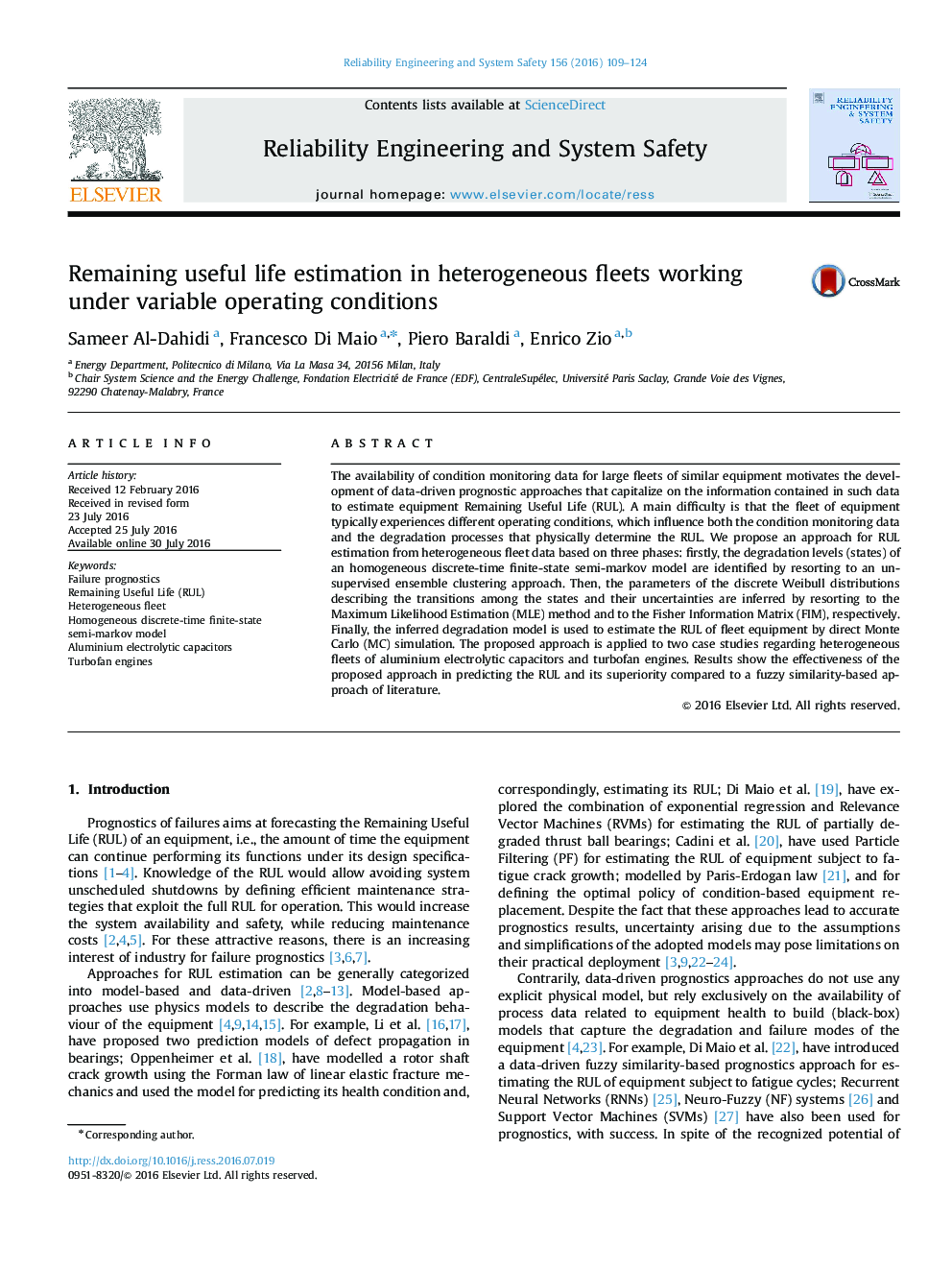 The availability of condition monitoring data for large fleets of similar equipment motivates the development of data-driven prognostic approaches that capitalize on the information contained in such data to estimate equipment Remaining Useful Life (RUL). A main difficulty is that the fleet of equipment typically experiences different operating conditions, which influence both the condition monitoring data and the degradation processes that physically determine the RUL. We propose an approach for RUL estimation from heterogeneous fleet data based on three phases: firstly, the degradation levels (states) of an homogeneous discrete-time finite-state semi-markov model are identified by resorting to an unsupervised ensemble clustering approach. Then, the parameters of the discrete Weibull distributions describing the transitions among the states and their uncertainties are inferred by resorting to the Maximum Likelihood Estimation (MLE) method and to the Fisher Information Matrix (FIM), respectively. Finally, the inferred degradation model is used to estimate the RUL of fleet equipment by direct Monte Carlo (MC) simulation. The proposed approach is applied to two case studies regarding heterogeneous fleets of aluminium electrolytic capacitors and turbofan engines. Results show the effectiveness of the proposed approach in predicting the RUL and its superiority compared to a fuzzy similarity-based approach of literature.