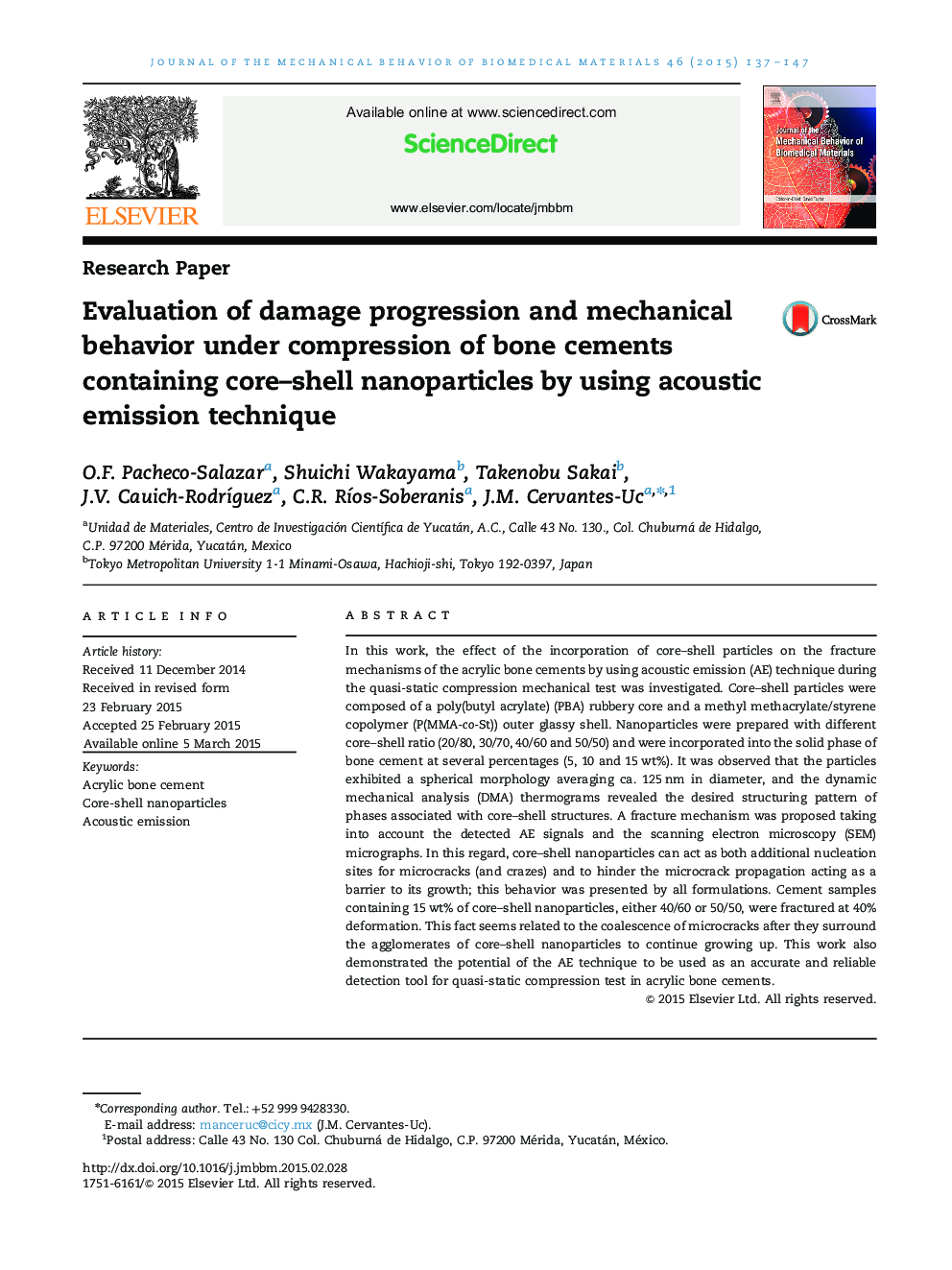 In this work, the effect of the incorporation of core–shell particles on the fracture mechanisms of the acrylic bone cements by using acoustic emission (AE) technique during the quasi-static compression mechanical test was investigated. Core–shell particles were composed of a poly(butyl acrylate) (PBA) rubbery core and a methyl methacrylate/styrene copolymer (P(MMA-co-St)) outer glassy shell. Nanoparticles were prepared with different core–shell ratio (20/80, 30/70, 40/60 and 50/50) and were incorporated into the solid phase of bone cement at several percentages (5, 10 and 15 wt%). It was observed that the particles exhibited a spherical morphology averaging ca. 125 nm in diameter, and the dynamic mechanical analysis (DMA) thermograms revealed the desired structuring pattern of phases associated with core–shell structures. A fracture mechanism was proposed taking into account the detected AE signals and the scanning electron microscopy (SEM) micrographs. In this regard, core–shell nanoparticles can act as both additional nucleation sites for microcracks (and crazes) and to hinder the microcrack propagation acting as a barrier to its growth; this behavior was presented by all formulations. Cement samples containing 15 wt% of core–shell nanoparticles, either 40/60 or 50/50, were fractured at 40% deformation. This fact seems related to the coalescence of microcracks after they surround the agglomerates of core–shell nanoparticles to continue growing up. This work also demonstrated the potential of the AE technique to be used as an accurate and reliable detection tool for quasi-static compression test in acrylic bone cements.