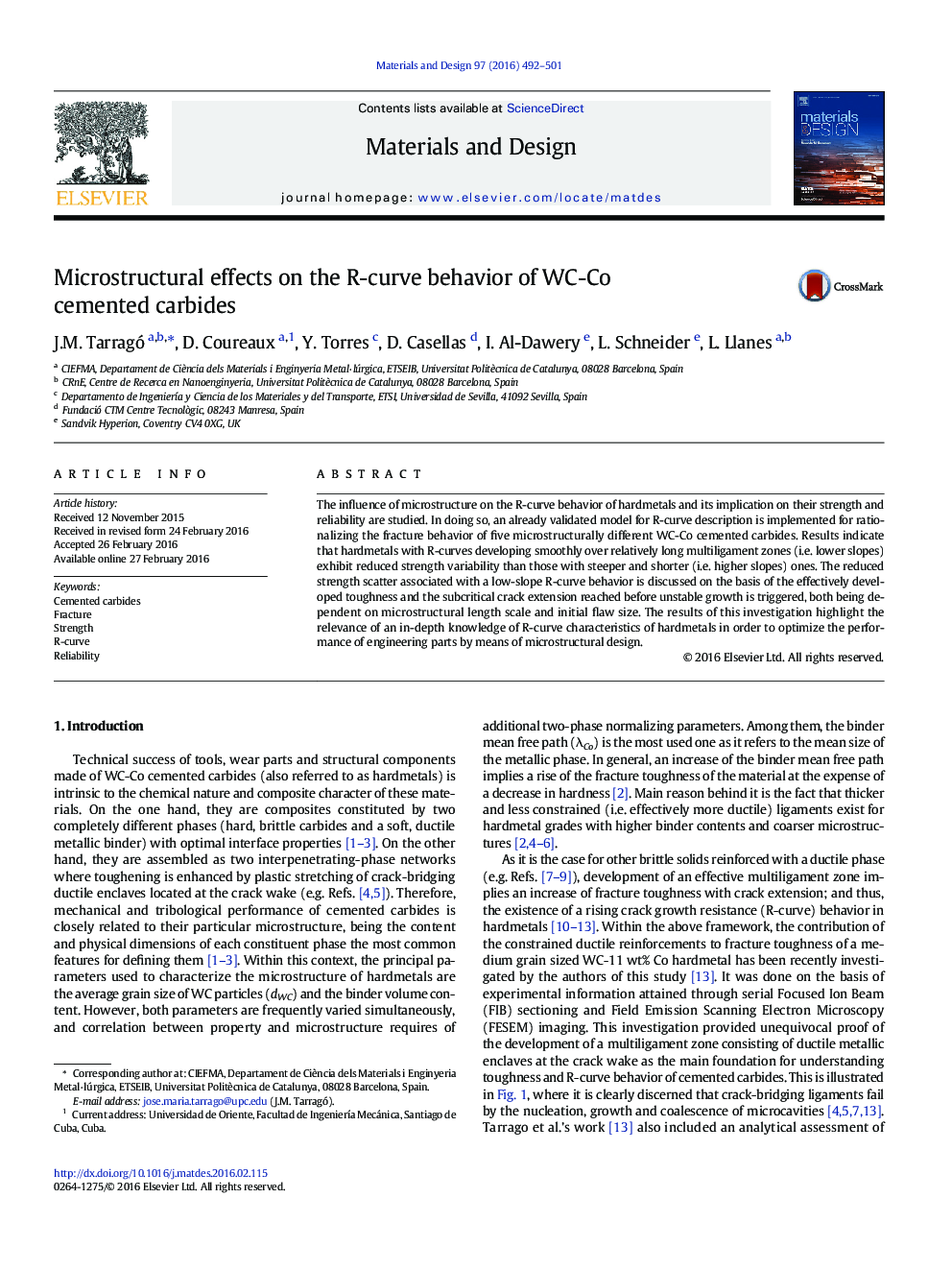 The influence of microstructure on the R-curve behavior of hardmetals and its implication on their strength and reliability are studied. In doing so, an already validated model for R-curve description is implemented for rationalizing the fracture behavior of five microstructurally different WC-Co cemented carbides. Results indicate that hardmetals with R-curves developing smoothly over relatively long multiligament zones (i.e. lower slopes) exhibit reduced strength variability than those with steeper and shorter (i.e. higher slopes) ones. The reduced strength scatter associated with a low-slope R-curve behavior is discussed on the basis of the effectively developed toughness and the subcritical crack extension reached before unstable growth is triggered, both being dependent on microstructural length scale and initial flaw size. The results of this investigation highlight the relevance of an in-depth knowledge of R-curve characteristics of hardmetals in order to optimize the performance of engineering parts by means of microstructural design.