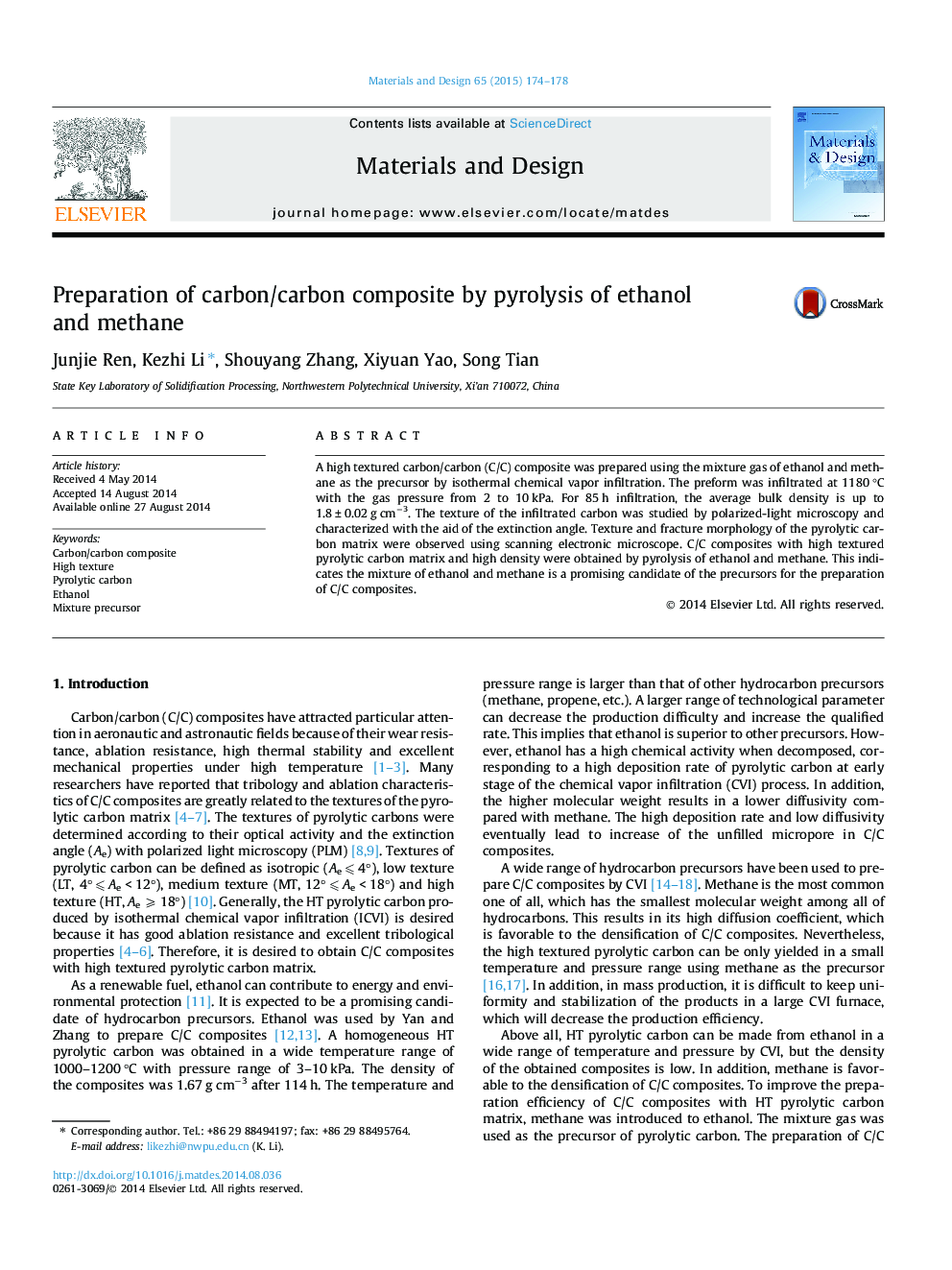 A high textured carbon/carbon (C/C) composite was prepared using the mixture gas of ethanol and methane as the precursor by isothermal chemical vapor infiltration. The preform was infiltrated at 1180 °C with the gas pressure from 2 to 10 kPa. For 85 h infiltration, the average bulk density is up to 1.8 ± 0.02 g cm−3. The texture of the infiltrated carbon was studied by polarized-light microscopy and characterized with the aid of the extinction angle. Texture and fracture morphology of the pyrolytic carbon matrix were observed using scanning electronic microscope. C/C composites with high textured pyrolytic carbon matrix and high density were obtained by pyrolysis of ethanol and methane. This indicates the mixture of ethanol and methane is a promising candidate of the precursors for the preparation of C/C composites.