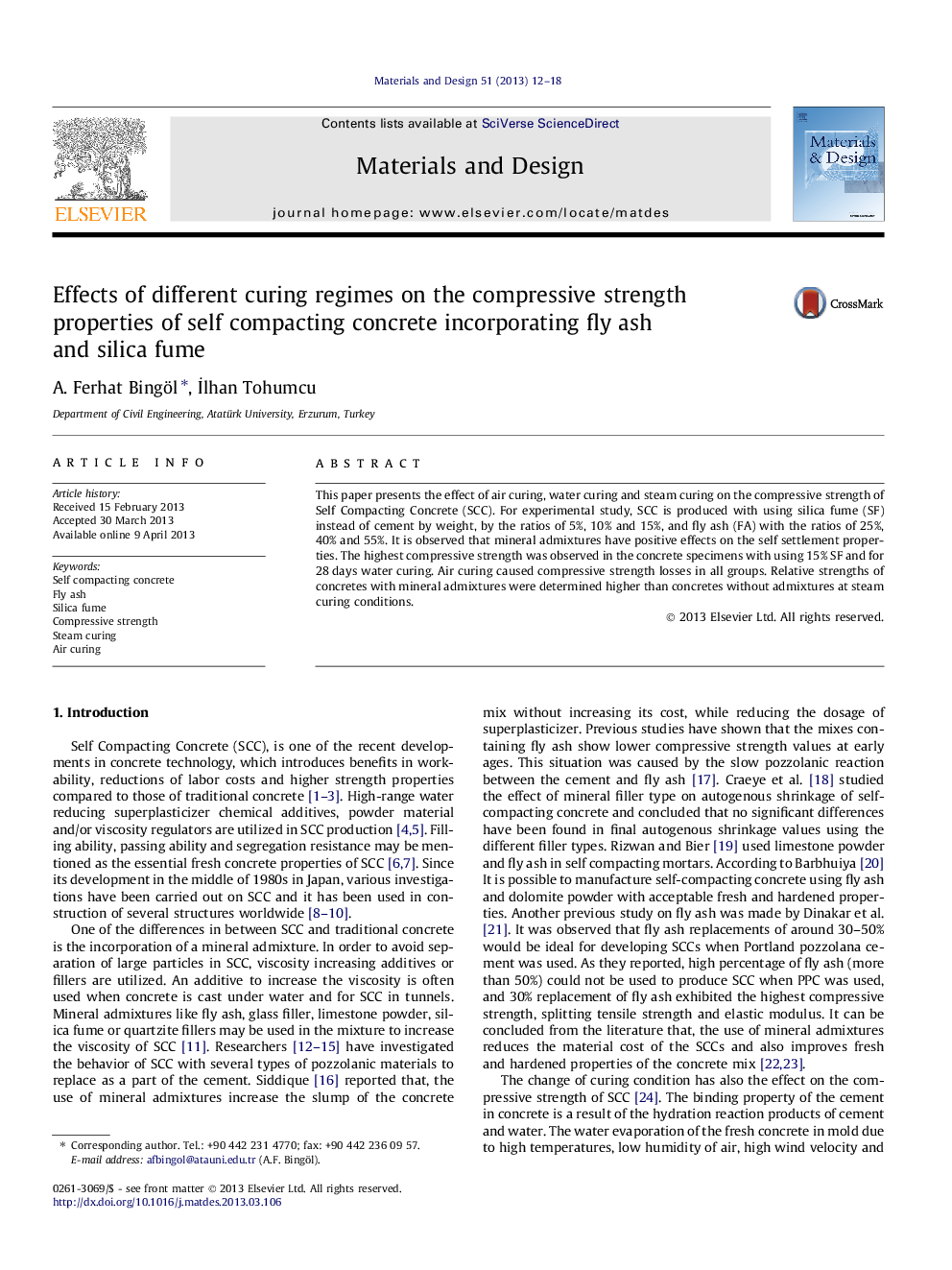 This paper presents the effect of air curing, water curing and steam curing on the compressive strength of Self Compacting Concrete (SCC). For experimental study, SCC is produced with using silica fume (SF) instead of cement by weight, by the ratios of 5%, 10% and 15%, and fly ash (FA) with the ratios of 25%, 40% and 55%. It is observed that mineral admixtures have positive effects on the self settlement properties. The highest compressive strength was observed in the concrete specimens with using 15% SF and for 28 days water curing. Air curing caused compressive strength losses in all groups. Relative strengths of concretes with mineral admixtures were determined higher than concretes without admixtures at steam curing conditions.