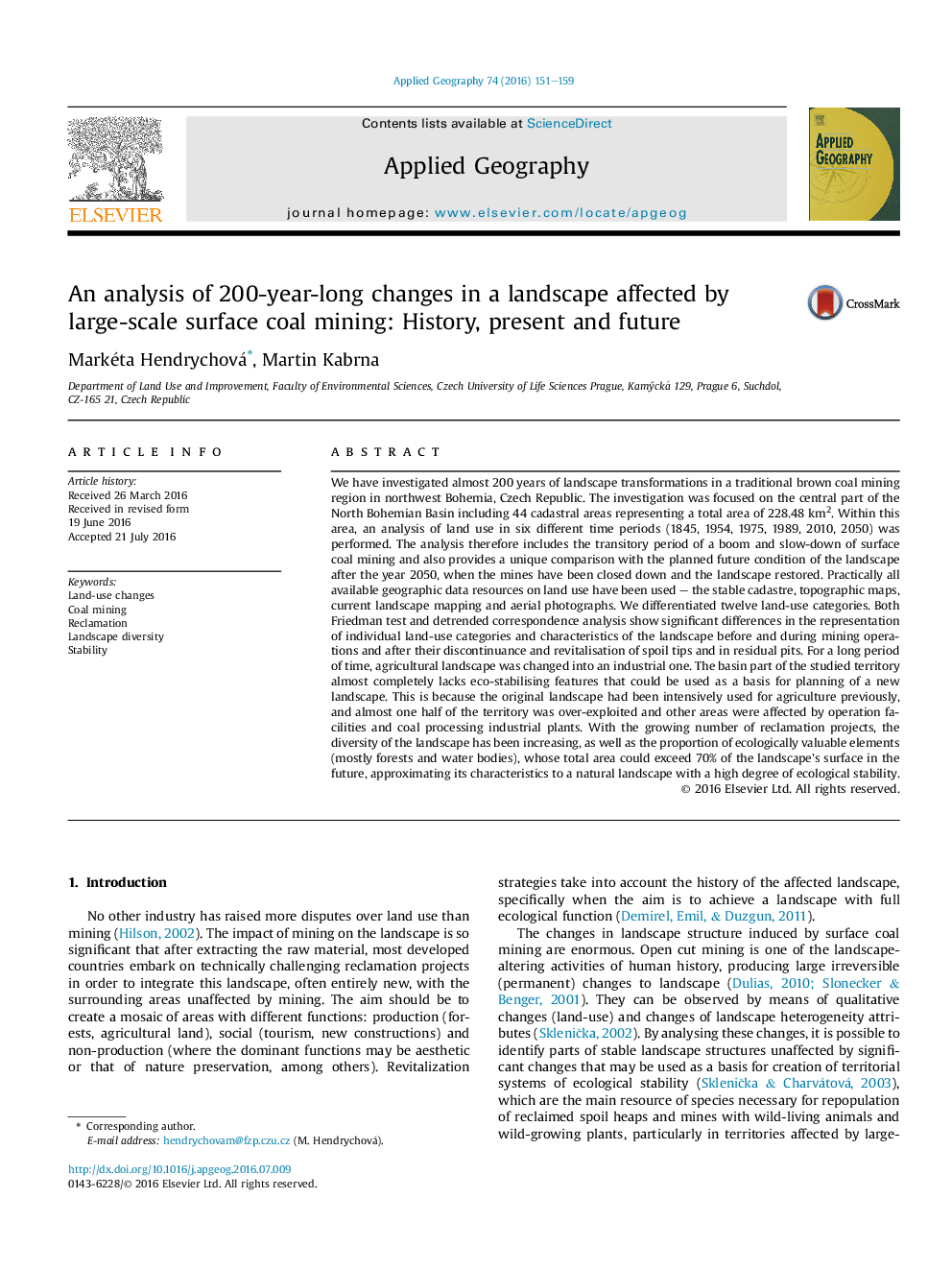 • Significant differences in the representation of land-use categories (1845–2050).
• Different landscape characteristics before, during and after mining.
• Agricultural landscape was changed into an industrial one.
• Almost one half of landscape was over-exploited.
• Landscape diversity and eco-stability increases as reclamation proceeds.

We have investigated almost 200 years of landscape transformations in a traditional brown coal mining region in northwest Bohemia, Czech Republic. The investigation was focused on the central part of the North Bohemian Basin including 44 cadastral areas representing a total area of 228.48 km2. Within this area, an analysis of land use in six different time periods (1845, 1954, 1975, 1989, 2010, 2050) was performed. The analysis therefore includes the transitory period of a boom and slow-down of surface coal mining and also provides a unique comparison with the planned future condition of the landscape after the year 2050, when the mines have been closed down and the landscape restored. Practically all available geographic data resources on land use have been used – the stable cadastre, topographic maps, current landscape mapping and aerial photographs. We differentiated twelve land-use categories. Both Friedman test and detrended correspondence analysis show significant differences in the representation of individual land-use categories and characteristics of the landscape before and during mining operations and after their discontinuance and revitalisation of spoil tips and in residual pits. For a long period of time, agricultural landscape was changed into an industrial one. The basin part of the studied territory almost completely lacks eco-stabilising features that could be used as a basis for planning of a new landscape. This is because the original landscape had been intensively used for agriculture previously, and almost one half of the territory was over-exploited and other areas were affected by operation facilities and coal processing industrial plants. With the growing number of reclamation projects, the diversity of the landscape has been increasing, as well as the proportion of ecologically valuable elements (mostly forests and water bodies), whose total area could exceed 70% of the landscape's surface in the future, approximating its characteristics to a natural landscape with a high degree of ecological stability.