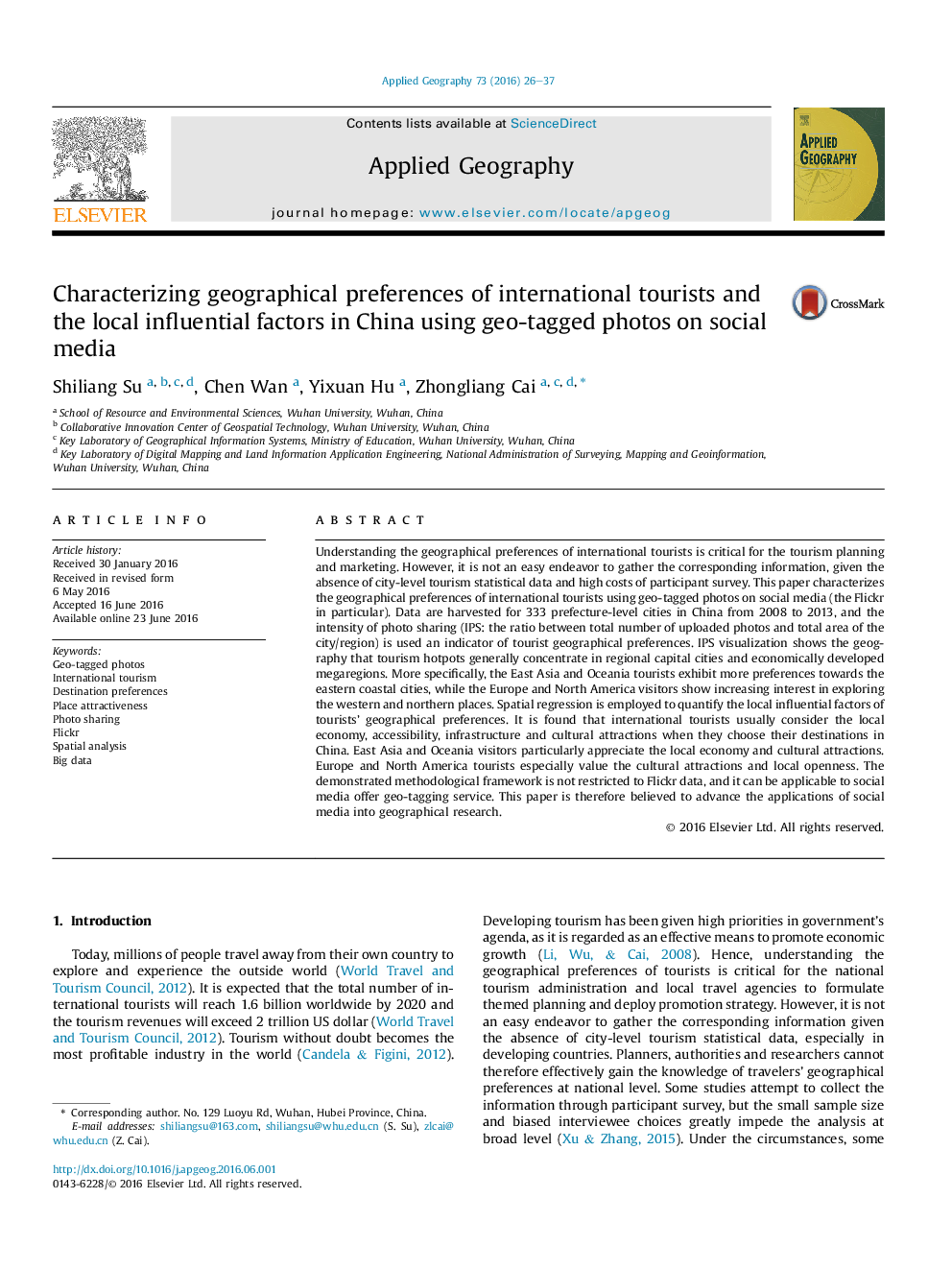 Understanding the geographical preferences of international tourists is critical for the tourism planning and marketing. However, it is not an easy endeavor to gather the corresponding information, given the absence of city-level tourism statistical data and high costs of participant survey. This paper characterizes the geographical preferences of international tourists using geo-tagged photos on social media (the Flickr in particular). Data are harvested for 333 prefecture-level cities in China from 2008 to 2013, and the intensity of photo sharing (IPS: the ratio between total number of uploaded photos and total area of the city/region) is used an indicator of tourist geographical preferences. IPS visualization shows the geography that tourism hotpots generally concentrate in regional capital cities and economically developed megaregions. More specifically, the East Asia and Oceania tourists exhibit more preferences towards the eastern coastal cities, while the Europe and North America visitors show increasing interest in exploring the western and northern places. Spatial regression is employed to quantify the local influential factors of tourists’ geographical preferences. It is found that international tourists usually consider the local economy, accessibility, infrastructure and cultural attractions when they choose their destinations in China. East Asia and Oceania visitors particularly appreciate the local economy and cultural attractions. Europe and North America tourists especially value the cultural attractions and local openness. The demonstrated methodological framework is not restricted to Flickr data, and it can be applicable to social media offer geo-tagging service. This paper is therefore believed to advance the applications of social media into geographical research.