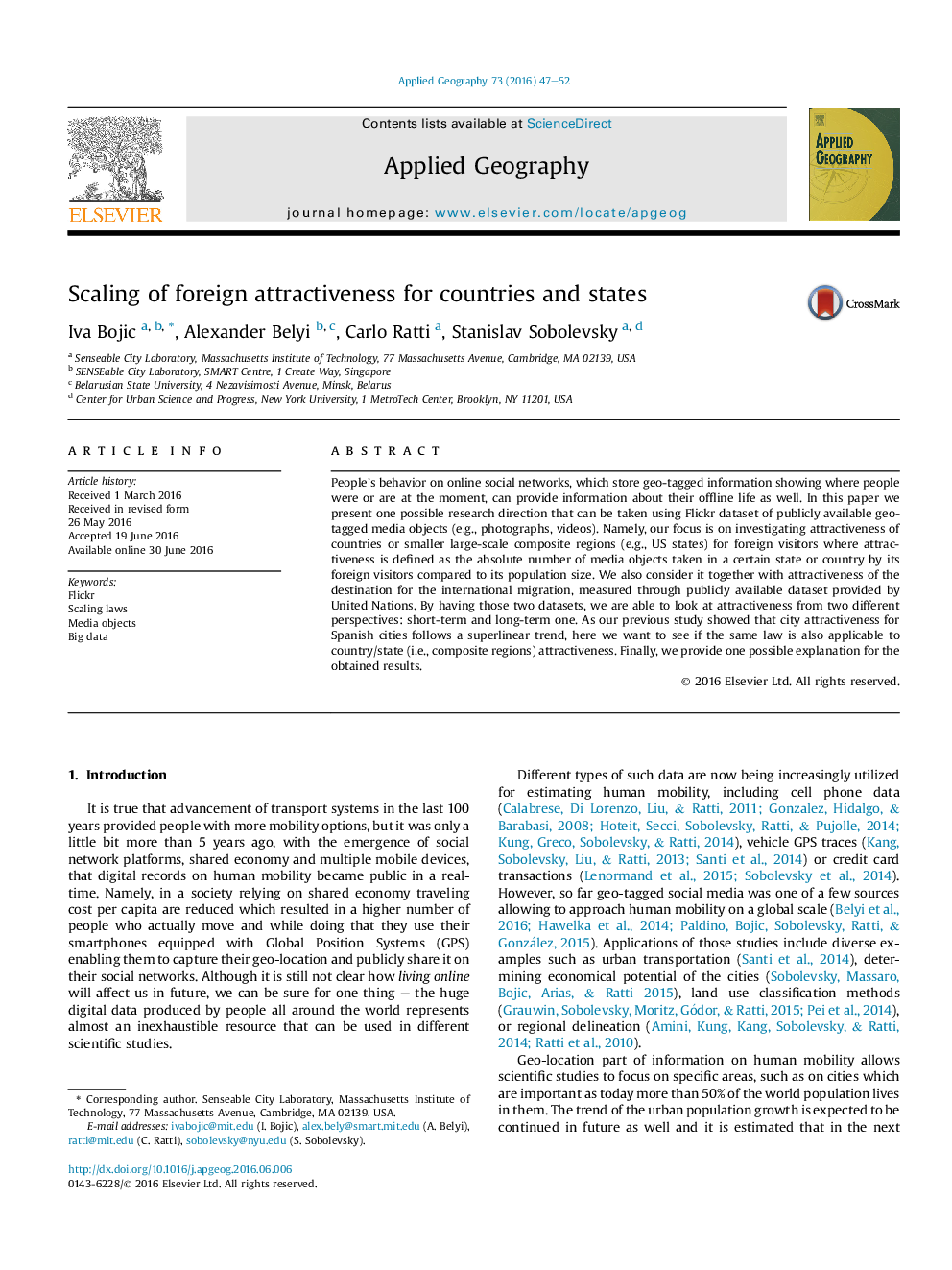 People’s behavior on online social networks, which store geo-tagged information showing where people were or are at the moment, can provide information about their offline life as well. In this paper we present one possible research direction that can be taken using Flickr dataset of publicly available geo-tagged media objects (e.g., photographs, videos). Namely, our focus is on investigating attractiveness of countries or smaller large-scale composite regions (e.g., US states) for foreign visitors where attractiveness is defined as the absolute number of media objects taken in a certain state or country by its foreign visitors compared to its population size. We also consider it together with attractiveness of the destination for the international migration, measured through publicly available dataset provided by United Nations. By having those two datasets, we are able to look at attractiveness from two different perspectives: short-term and long-term one. As our previous study showed that city attractiveness for Spanish cities follows a superlinear trend, here we want to see if the same law is also applicable to country/state (i.e., composite regions) attractiveness. Finally, we provide one possible explanation for the obtained results.