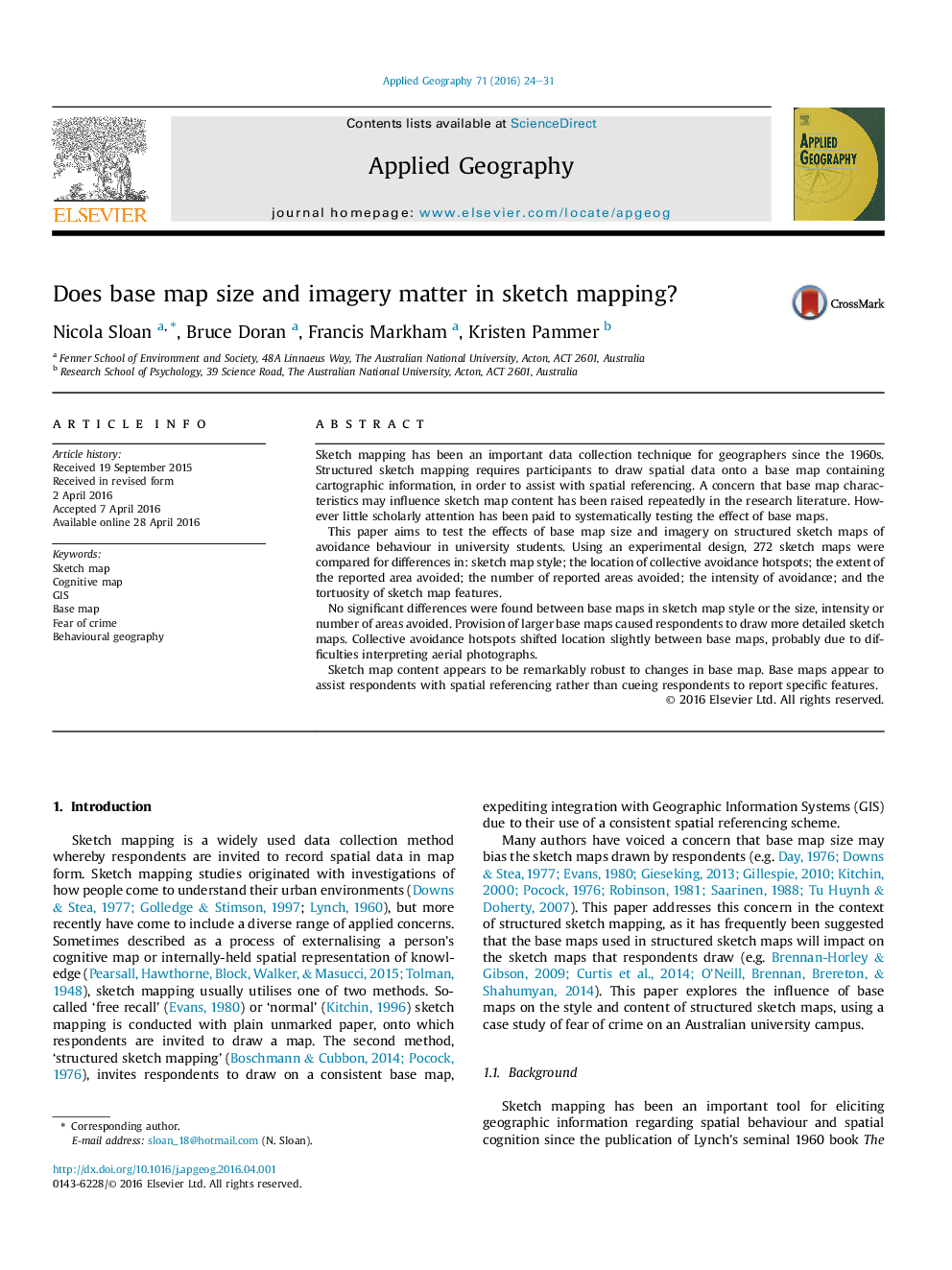 • The effect of base map size and imagery on sketch map content was tested.
• Respondents given larger base maps drew more detailed sketch maps.
• Collective hotspot locations shifted by base map due to map interpretation problems.
• Sketch map content appears to be remarkably robust to changes in base maps.

Sketch mapping has been an important data collection technique for geographers since the 1960s. Structured sketch mapping requires participants to draw spatial data onto a base map containing cartographic information, in order to assist with spatial referencing. A concern that base map characteristics may influence sketch map content has been raised repeatedly in the research literature. However little scholarly attention has been paid to systematically testing the effect of base maps.This paper aims to test the effects of base map size and imagery on structured sketch maps of avoidance behaviour in university students. Using an experimental design, 272 sketch maps were compared for differences in: sketch map style; the location of collective avoidance hotspots; the extent of the reported area avoided; the number of reported areas avoided; the intensity of avoidance; and the tortuosity of sketch map features.No significant differences were found between base maps in sketch map style or the size, intensity or number of areas avoided. Provision of larger base maps caused respondents to draw more detailed sketch maps. Collective avoidance hotspots shifted location slightly between base maps, probably due to difficulties interpreting aerial photographs.Sketch map content appears to be remarkably robust to changes in base map. Base maps appear to assist respondents with spatial referencing rather than cueing respondents to report specific features.