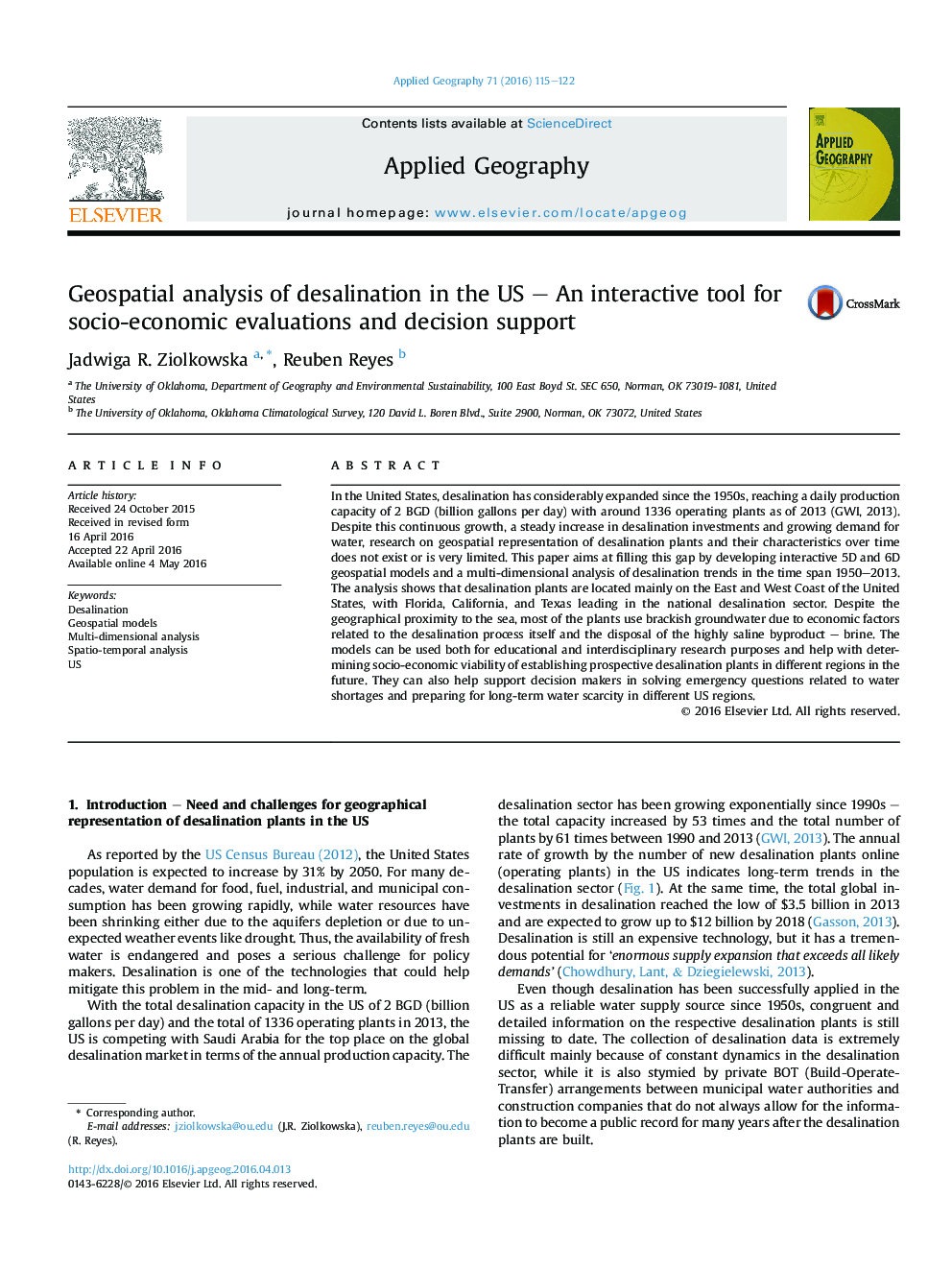 • No geospatial representation of desalination is available as of today.
• We develop interactive 4D, 5D and 6D geospatial desalination models.
• The models are open access and can support decision-making processes.
• They can be used on any modern computer system and smartphone devices.

In the United States, desalination has considerably expanded since the 1950s, reaching a daily production capacity of 2 BGD (billion gallons per day) with around 1336 operating plants as of 2013 (GWI, 2013). Despite this continuous growth, a steady increase in desalination investments and growing demand for water, research on geospatial representation of desalination plants and their characteristics over time does not exist or is very limited. This paper aims at filling this gap by developing interactive 5D and 6D geospatial models and a multi-dimensional analysis of desalination trends in the time span 1950–2013. The analysis shows that desalination plants are located mainly on the East and West Coast of the United States, with Florida, California, and Texas leading in the national desalination sector. Despite the geographical proximity to the sea, most of the plants use brackish groundwater due to economic factors related to the desalination process itself and the disposal of the highly saline byproduct – brine. The models can be used both for educational and interdisciplinary research purposes and help with determining socio-economic viability of establishing prospective desalination plants in different regions in the future. They can also help support decision makers in solving emergency questions related to water shortages and preparing for long-term water scarcity in different US regions.