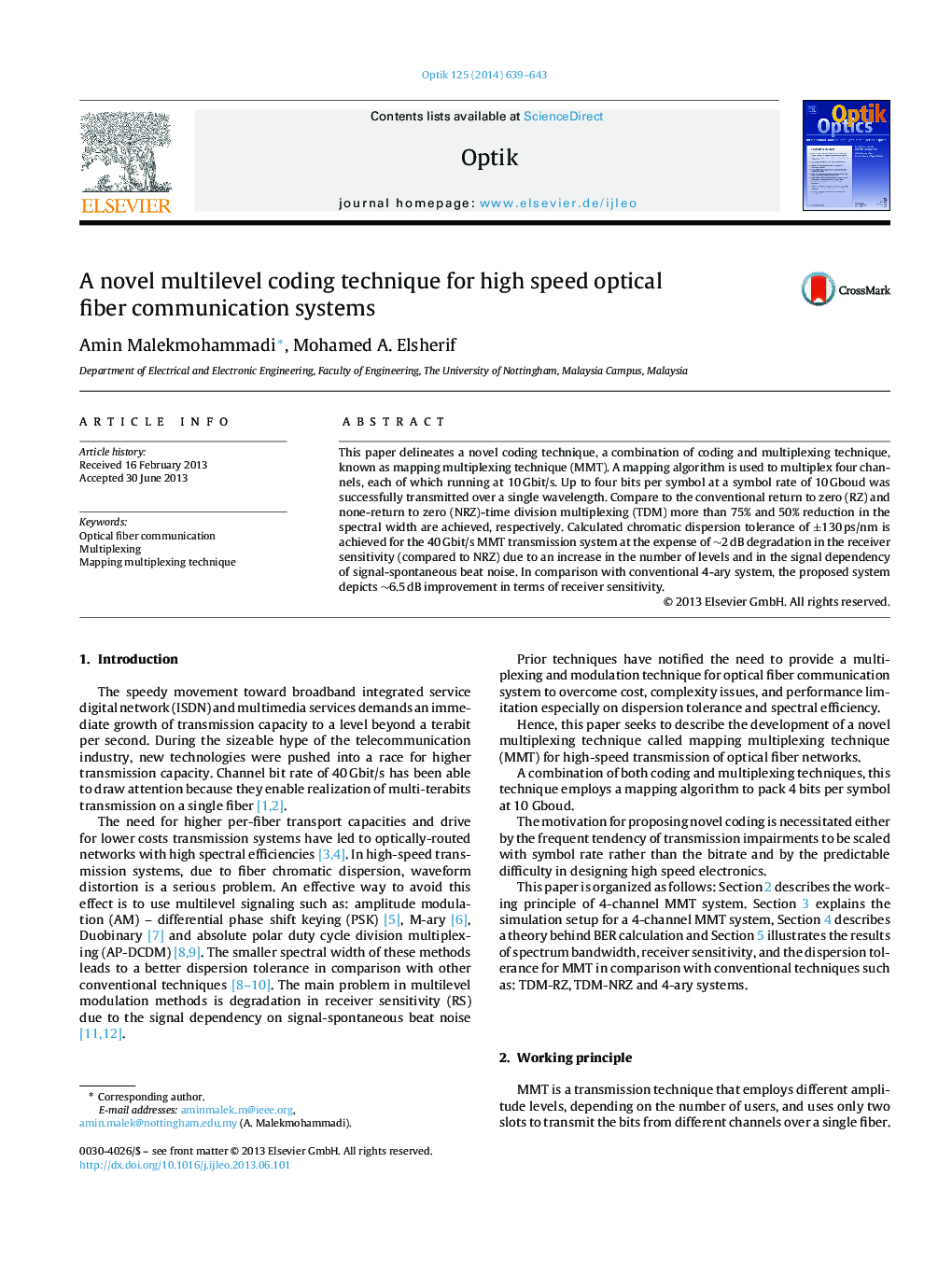 This paper delineates a novel coding technique, a combination of coding and multiplexing technique, known as mapping multiplexing technique (MMT). A mapping algorithm is used to multiplex four channels, each of which running at 10 Gbit/s. Up to four bits per symbol at a symbol rate of 10 Gboud was successfully transmitted over a single wavelength. Compare to the conventional return to zero (RZ) and none-return to zero (NRZ)-time division multiplexing (TDM) more than 75% and 50% reduction in the spectral width are achieved, respectively. Calculated chromatic dispersion tolerance of ±130 ps/nm is achieved for the 40 Gbit/s MMT transmission system at the expense of ∼2 dB degradation in the receiver sensitivity (compared to NRZ) due to an increase in the number of levels and in the signal dependency of signal-spontaneous beat noise. In comparison with conventional 4-ary system, the proposed system depicts ∼6.5 dB improvement in terms of receiver sensitivity.