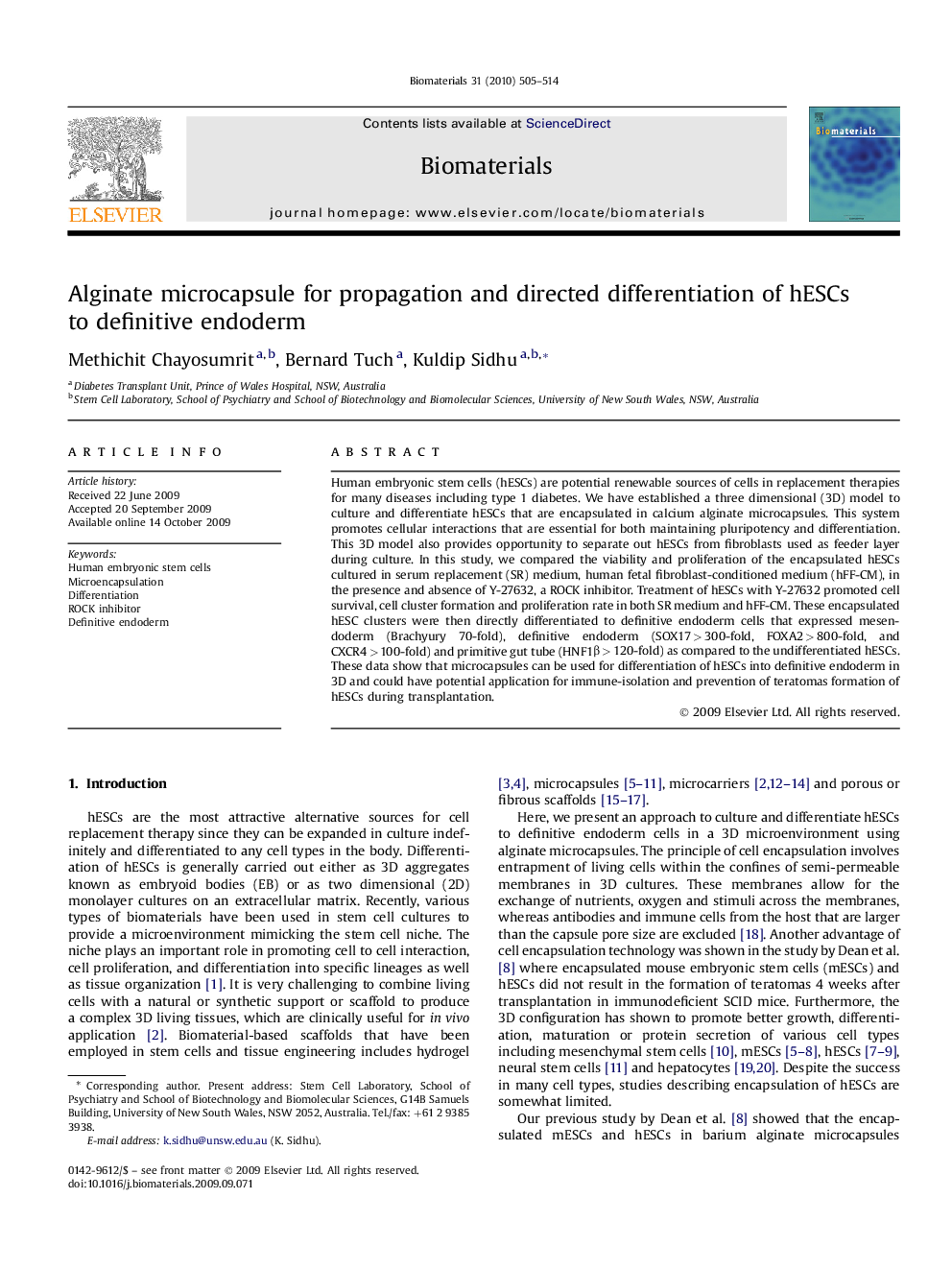 Human embryonic stem cells (hESCs) are potential renewable sources of cells in replacement therapies for many diseases including type 1 diabetes. We have established a three dimensional (3D) model to culture and differentiate hESCs that are encapsulated in calcium alginate microcapsules. This system promotes cellular interactions that are essential for both maintaining pluripotency and differentiation. This 3D model also provides opportunity to separate out hESCs from fibroblasts used as feeder layer during culture. In this study, we compared the viability and proliferation of the encapsulated hESCs cultured in serum replacement (SR) medium, human fetal fibroblast-conditioned medium (hFF-CM), in the presence and absence of Y-27632, a ROCK inhibitor. Treatment of hESCs with Y-27632 promoted cell survival, cell cluster formation and proliferation rate in both SR medium and hFF-CM. These encapsulated hESC clusters were then directly differentiated to definitive endoderm cells that expressed mesendoderm (Brachyury 70-fold), definitive endoderm (SOX17 > 300-fold, FOXA2 > 800-fold, and CXCR4 > 100-fold) and primitive gut tube (HNF1β > 120-fold) as compared to the undifferentiated hESCs. These data show that microcapsules can be used for differentiation of hESCs into definitive endoderm in 3D and could have potential application for immune-isolation and prevention of teratomas formation of hESCs during transplantation.