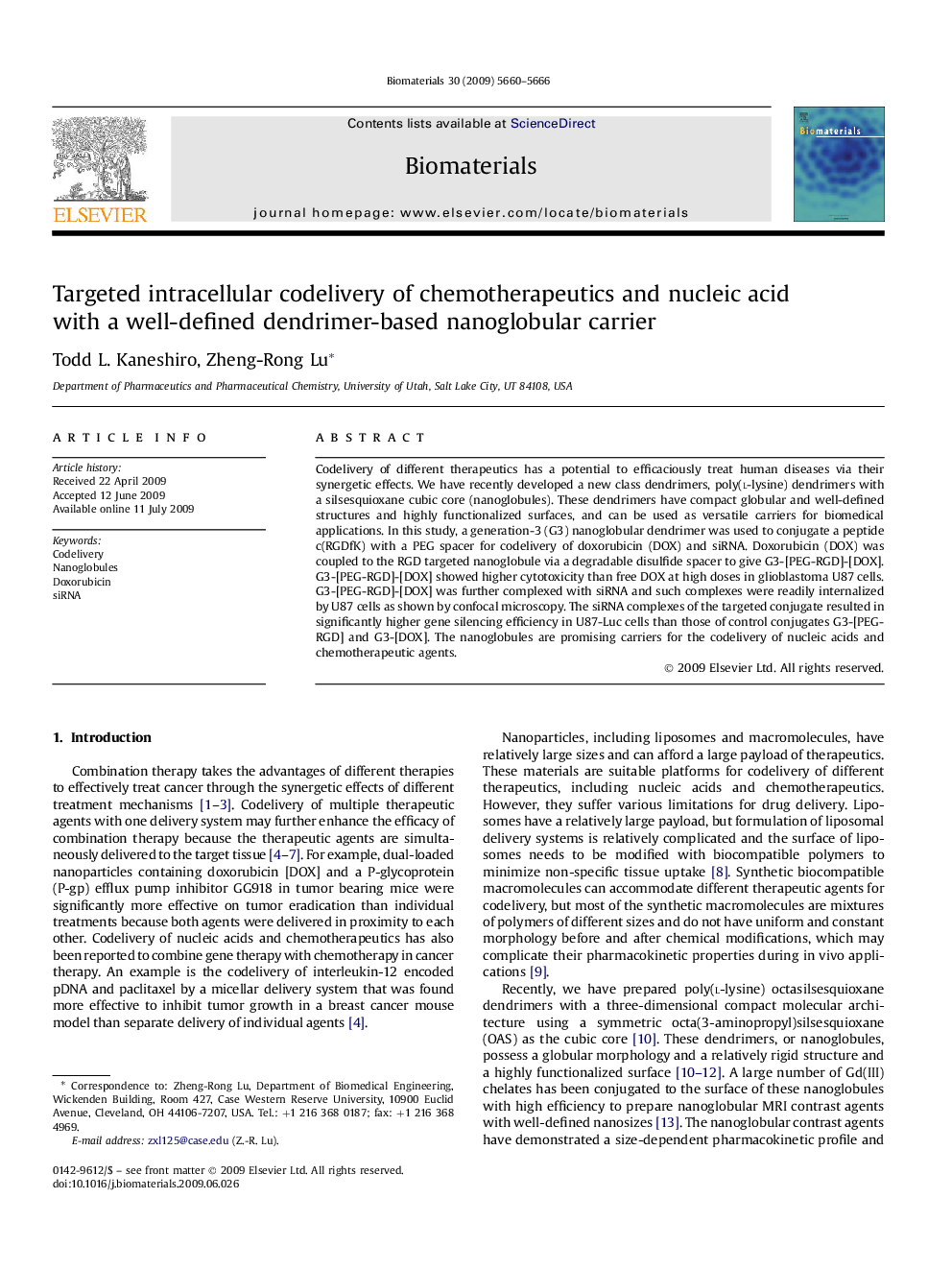 Codelivery of different therapeutics has a potential to efficaciously treat human diseases via their synergetic effects. We have recently developed a new class dendrimers, poly(l-lysine) dendrimers with a silsesquioxane cubic core (nanoglobules). These dendrimers have compact globular and well-defined structures and highly functionalized surfaces, and can be used as versatile carriers for biomedical applications. In this study, a generation-3 (G3) nanoglobular dendrimer was used to conjugate a peptide c(RGDfK) with a PEG spacer for codelivery of doxorubicin (DOX) and siRNA. Doxorubicin (DOX) was coupled to the RGD targeted nanoglobule via a degradable disulfide spacer to give G3-[PEG-RGD]-[DOX]. G3-[PEG-RGD]-[DOX] showed higher cytotoxicity than free DOX at high doses in glioblastoma U87 cells. G3-[PEG-RGD]-[DOX] was further complexed with siRNA and such complexes were readily internalized by U87 cells as shown by confocal microscopy. The siRNA complexes of the targeted conjugate resulted in significantly higher gene silencing efficiency in U87-Luc cells than those of control conjugates G3-[PEG-RGD] and G3-[DOX]. The nanoglobules are promising carriers for the codelivery of nucleic acids and chemotherapeutic agents.