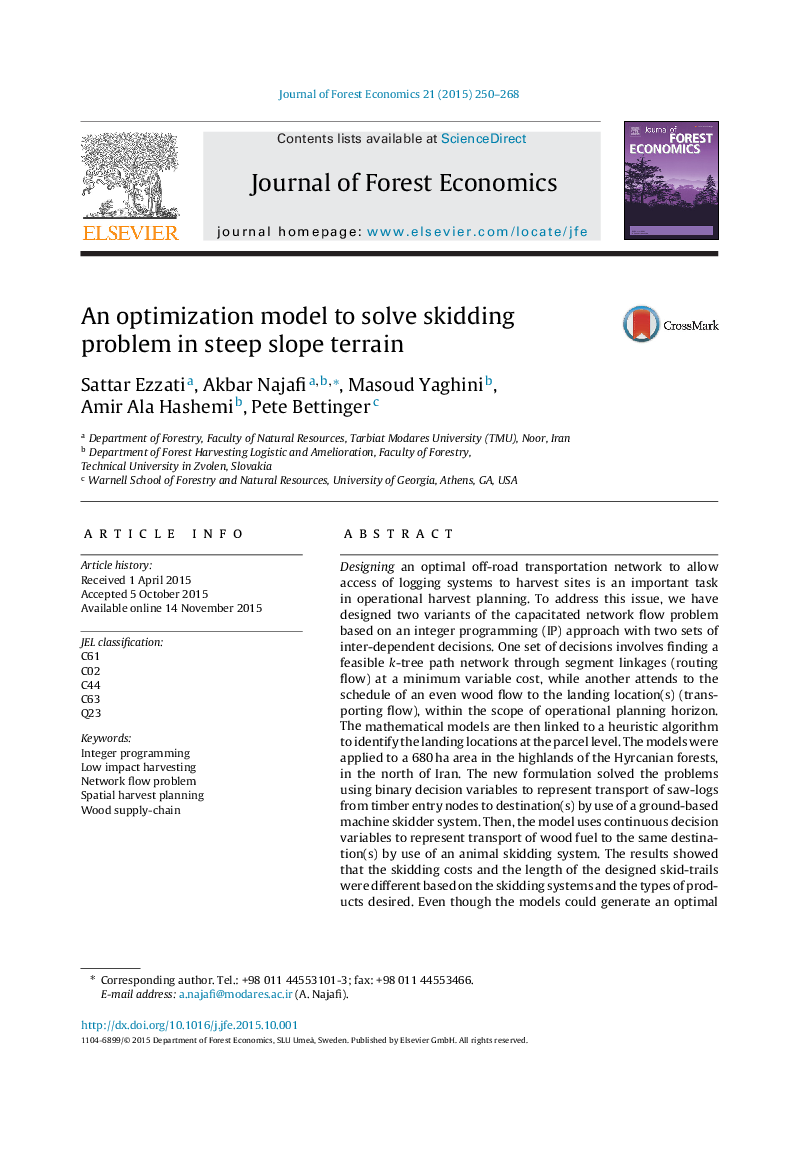 Designingan optimal off-road transportation network to allow access of logging systems to harvest sites is an important task in operational harvest planning. To address this issue, we have designed two variants of the capacitated network flow problem based on an integer programming (IP) approach with two sets of inter-dependent decisions. One set of decisions involves finding a feasible k-tree path network through segment linkages (routing flow) at a minimum variable cost, while another attends to the schedule of an even wood flow to the landing location(s) (transporting flow), within the scope of operational planning horizon. The mathematical models are then linked to a heuristic algorithm to identify the landing locations at the parcel level. The models were applied to a 680 ha area in the highlands of the Hyrcanian forests, in the north of Iran. The new formulation solved the problems using binary decision variables to represent transport of saw-logs from timber entry nodes to destination(s) by use of a ground-based machine skidder system. Then, the model uses continuous decision variables to represent transport of wood fuel to the same destination(s) by use of an animal skidding system. The results showed that the skidding costs and the length of the designed skid-trails were different based on the skidding systems and the types of products desired. Even though the models could generate an optimal solution, both of them could not address the real isolated timber node problem, where there is no accessible pathway for a skidding operation. As a promising point, the second model (splittable, animal systems) could partially solve the temporarily isolated timber nodes problem, where the timber nodes were not accessible by ground-based machine skidder systems.