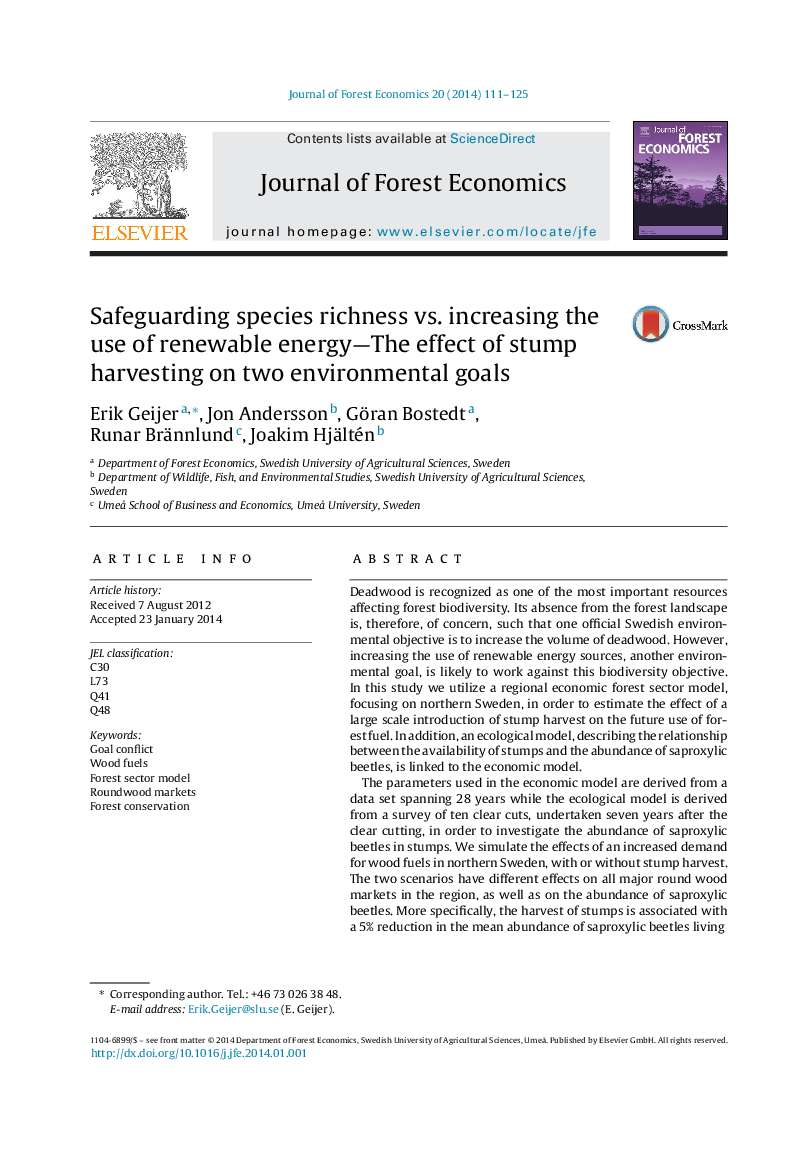 Deadwood is recognized as one of the most important resources affecting forest biodiversity. Its absence from the forest landscape is, therefore, of concern, such that one official Swedish environmental objective is to increase the volume of deadwood. However, increasing the use of renewable energy sources, another environmental goal, is likely to work against this biodiversity objective. In this study we utilize a regional economic forest sector model, focusing on northern Sweden, in order to estimate the effect of a large scale introduction of stump harvest on the future use of forest fuel. In addition, an ecological model, describing the relationship between the availability of stumps and the abundance of saproxylic beetles, is linked to the economic model.The parameters used in the economic model are derived from a data set spanning 28 years while the ecological model is derived from a survey of ten clear cuts, undertaken seven years after the clear cutting, in order to investigate the abundance of saproxylic beetles in stumps. We simulate the effects of an increased demand for wood fuels in northern Sweden, with or without stump harvest. The two scenarios have different effects on all major round wood markets in the region, as well as on the abundance of saproxylic beetles. More specifically, the harvest of stumps is associated with a 5% reduction in the mean abundance of saproxylic beetles living in deadwood on future clear cuts and a 3% increase in the use of renewable energy recourses in heating plants.