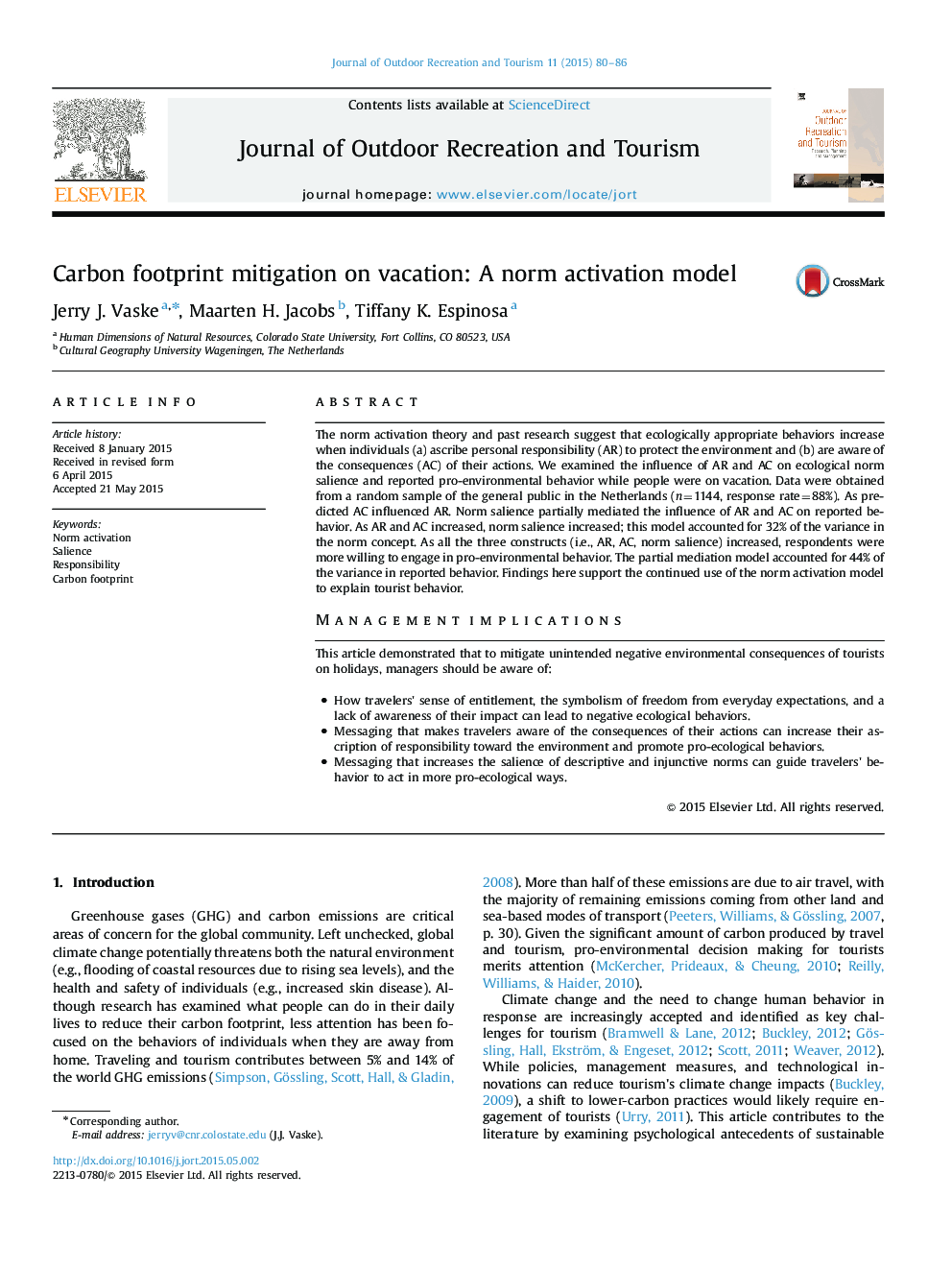 The norm activation theory and past research suggest that ecologically appropriate behaviors increase when individuals (a) ascribe personal responsibility (AR) to protect the environment and (b) are aware of the consequences (AC) of their actions. We examined the influence of AR and AC on ecological norm salience and reported pro-environmental behavior while people were on vacation. Data were obtained from a random sample of the general public in the Netherlands (n=1144, response rate=88%). As predicted AC influenced AR. Norm salience partially mediated the influence of AR and AC on reported behavior. As AR and AC increased, norm salience increased; this model accounted for 32% of the variance in the norm concept. As all the three constructs (i.e., AR, AC, norm salience) increased, respondents were more willing to engage in pro-environmental behavior. The partial mediation model accounted for 44% of the variance in reported behavior. Findings here support the continued use of the norm activation model to explain tourist behavior.Management implicationsThis article demonstrated that to mitigate unintended negative environmental consequences of tourists on holidays, managers should be aware of:●How travelers' sense of entitlement, the symbolism of freedom from everyday expectations, and a lack of awareness of their impact can lead to negative ecological behaviors.●Messaging that makes travelers aware of the consequences of their actions can increase their ascription of responsibility toward the environment and promote pro-ecological behaviors.●Messaging that increases the salience of descriptive and injunctive norms can guide travelers' behavior to act in more pro-ecological ways.