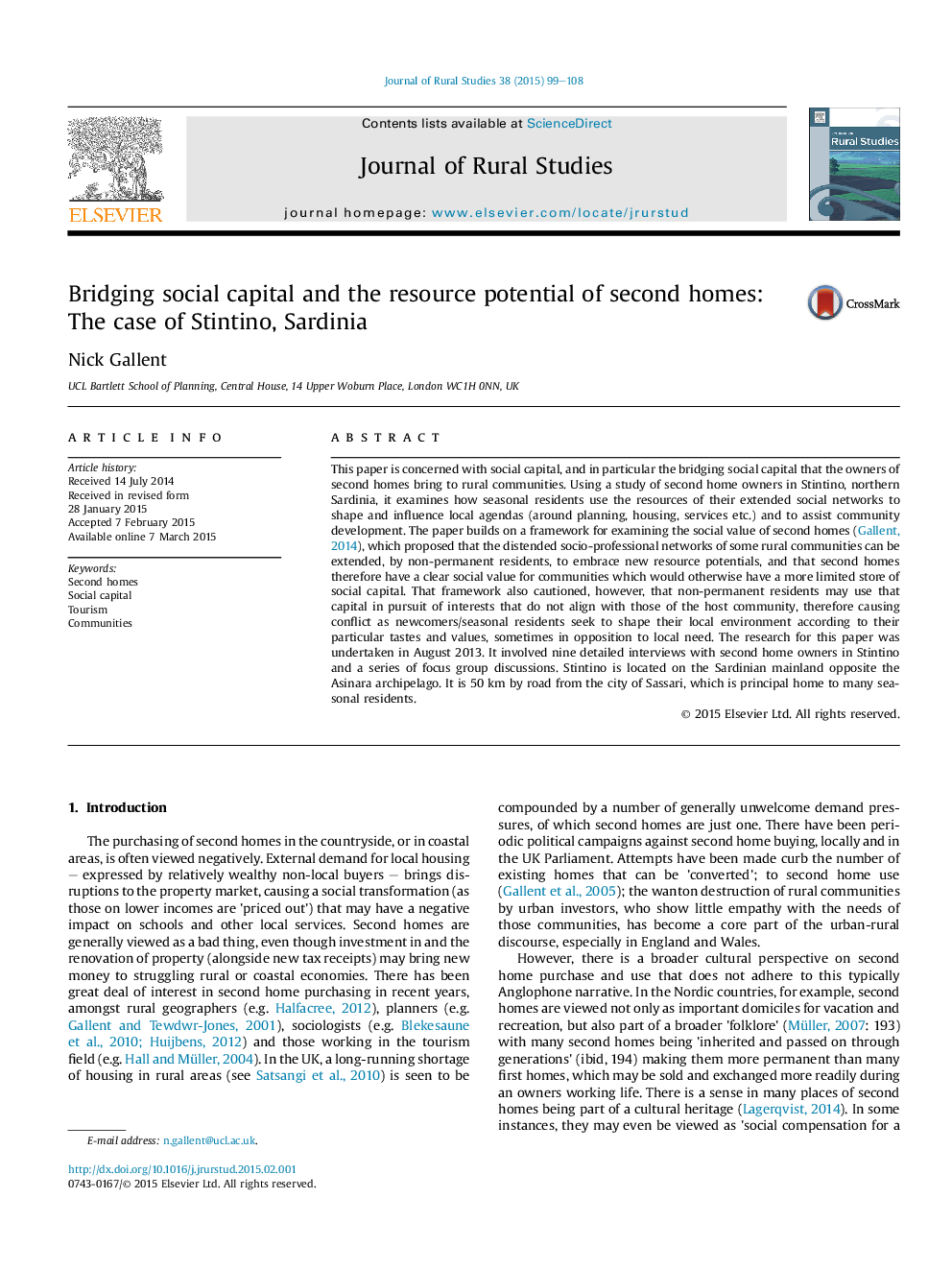 • Proposes that second home owners offer a resource potential to rural communities.
• That potential stems from their ability to introduce bridging social capital.
• The proposition is tested in a single case study in Sardinia, Italy.
• Second home owners with family ties were most embedded and active in the community.
• Broader embeddedness might be achieved via open community governance structures.

This paper is concerned with social capital, and in particular the bridging social capital that the owners of second homes bring to rural communities. Using a study of second home owners in Stintino, northern Sardinia, it examines how seasonal residents use the resources of their extended social networks to shape and influence local agendas (around planning, housing, services etc.) and to assist community development. The paper builds on a framework for examining the social value of second homes (Gallent, 2014), which proposed that the distended socio-professional networks of some rural communities can be extended, by non-permanent residents, to embrace new resource potentials, and that second homes therefore have a clear social value for communities which would otherwise have a more limited store of social capital. That framework also cautioned, however, that non-permanent residents may use that capital in pursuit of interests that do not align with those of the host community, therefore causing conflict as newcomers/seasonal residents seek to shape their local environment according to their particular tastes and values, sometimes in opposition to local need. The research for this paper was undertaken in August 2013. It involved nine detailed interviews with second home owners in Stintino and a series of focus group discussions. Stintino is located on the Sardinian mainland opposite the Asinara archipelago. It is 50 km by road from the city of Sassari, which is principal home to many seasonal residents.