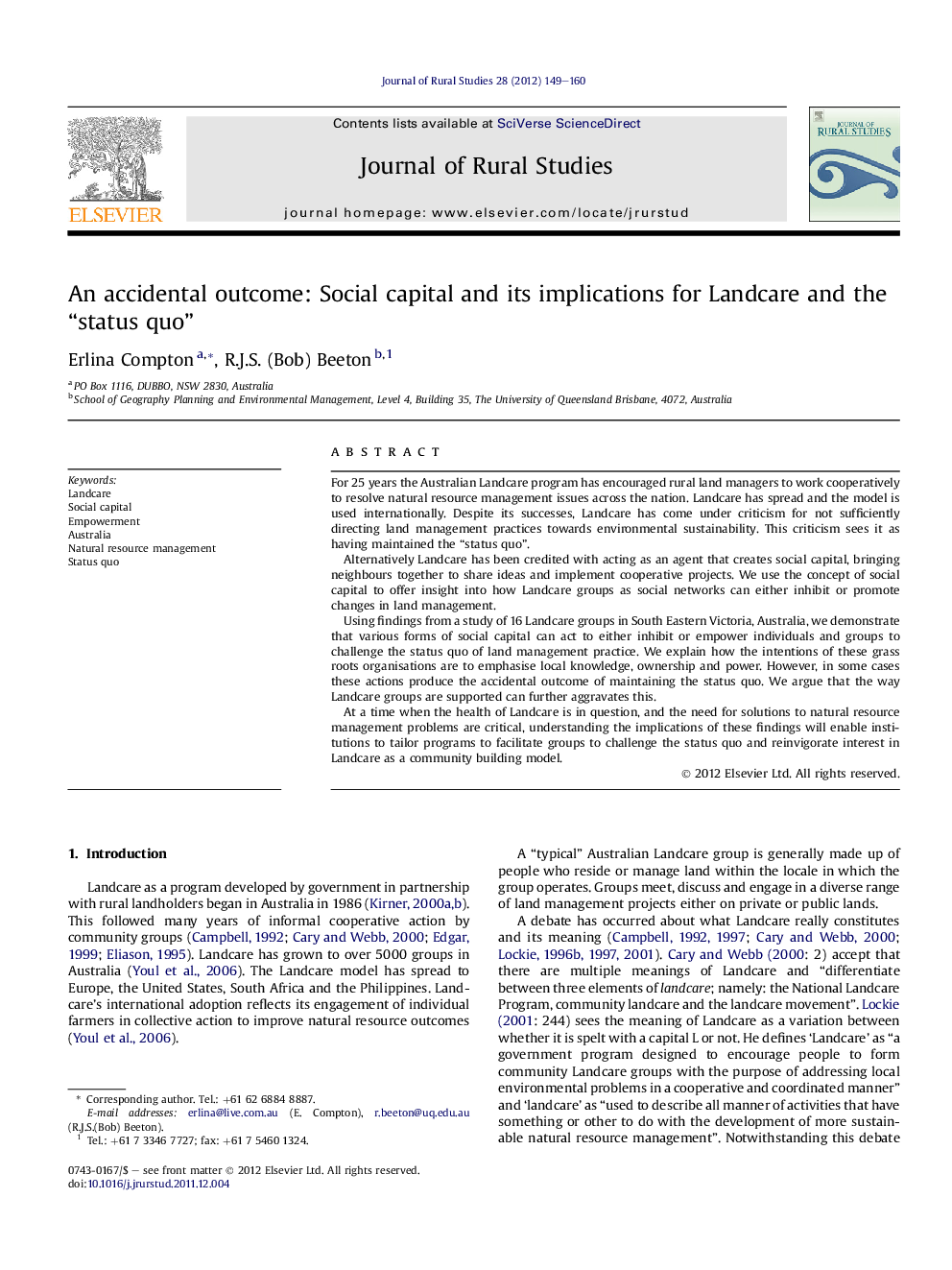 For 25 years the Australian Landcare program has encouraged rural land managers to work cooperatively to resolve natural resource management issues across the nation. Landcare has spread and the model is used internationally. Despite its successes, Landcare has come under criticism for not sufficiently directing land management practices towards environmental sustainability. This criticism sees it as having maintained the “status quo”.Alternatively Landcare has been credited with acting as an agent that creates social capital, bringing neighbours together to share ideas and implement cooperative projects. We use the concept of social capital to offer insight into how Landcare groups as social networks can either inhibit or promote changes in land management.Using findings from a study of 16 Landcare groups in South Eastern Victoria, Australia, we demonstrate that various forms of social capital can act to either inhibit or empower individuals and groups to challenge the status quo of land management practice. We explain how the intentions of these grass roots organisations are to emphasise local knowledge, ownership and power. However, in some cases these actions produce the accidental outcome of maintaining the status quo. We argue that the way Landcare groups are supported can further aggravates this.At a time when the health of Landcare is in question, and the need for solutions to natural resource management problems are critical, understanding the implications of these findings will enable institutions to tailor programs to facilitate groups to challenge the status quo and reinvigorate interest in Landcare as a community building model.