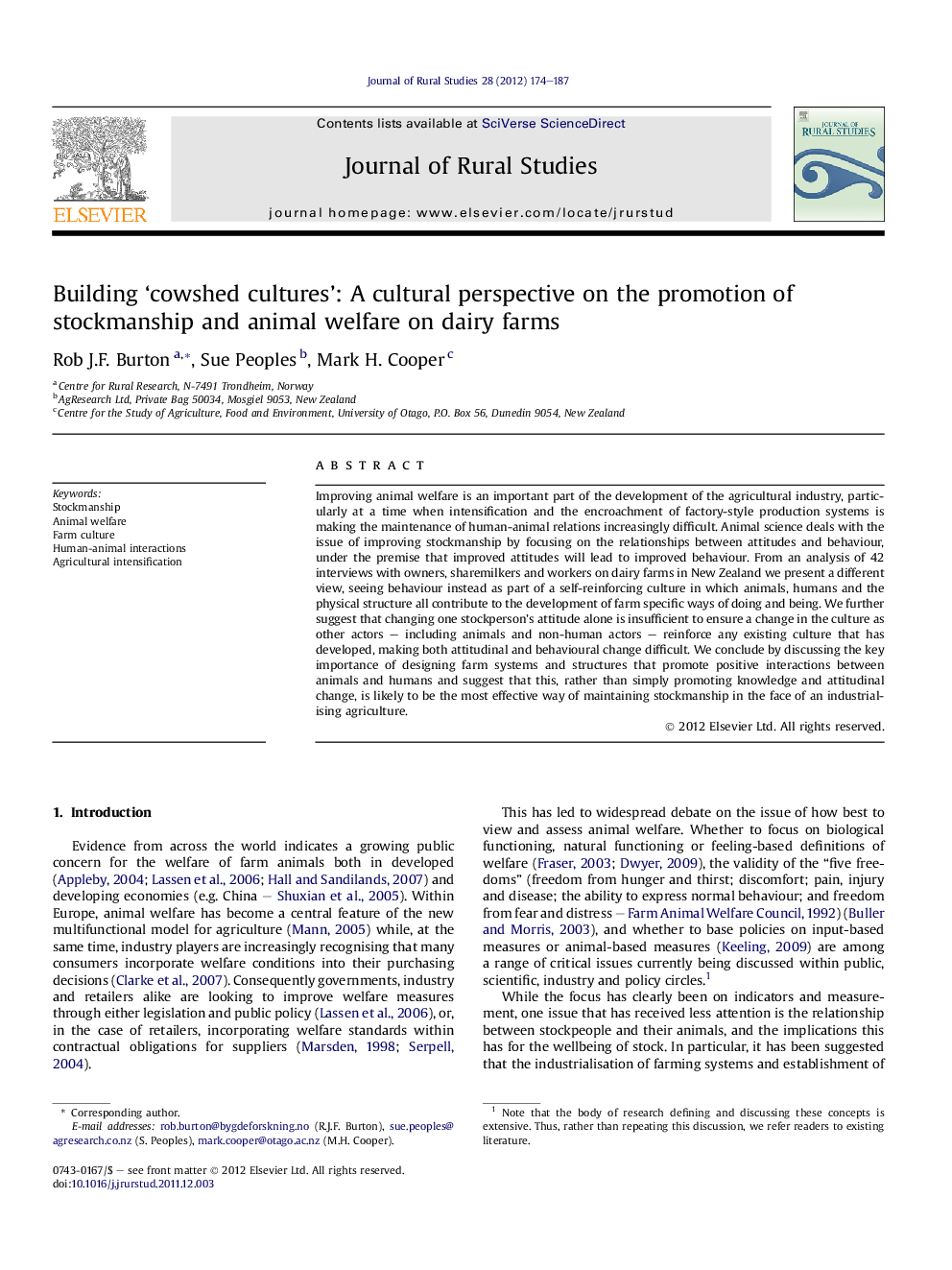 Improving animal welfare is an important part of the development of the agricultural industry, particularly at a time when intensification and the encroachment of factory-style production systems is making the maintenance of human-animal relations increasingly difficult. Animal science deals with the issue of improving stockmanship by focusing on the relationships between attitudes and behaviour, under the premise that improved attitudes will lead to improved behaviour. From an analysis of 42 interviews with owners, sharemilkers and workers on dairy farms in New Zealand we present a different view, seeing behaviour instead as part of a self-reinforcing culture in which animals, humans and the physical structure all contribute to the development of farm specific ways of doing and being. We further suggest that changing one stockperson's attitude alone is insufficient to ensure a change in the culture as other actors – including animals and non-human actors – reinforce any existing culture that has developed, making both attitudinal and behavioural change difficult. We conclude by discussing the key importance of designing farm systems and structures that promote positive interactions between animals and humans and suggest that this, rather than simply promoting knowledge and attitudinal change, is likely to be the most effective way of maintaining stockmanship in the face of an industrialising agriculture.