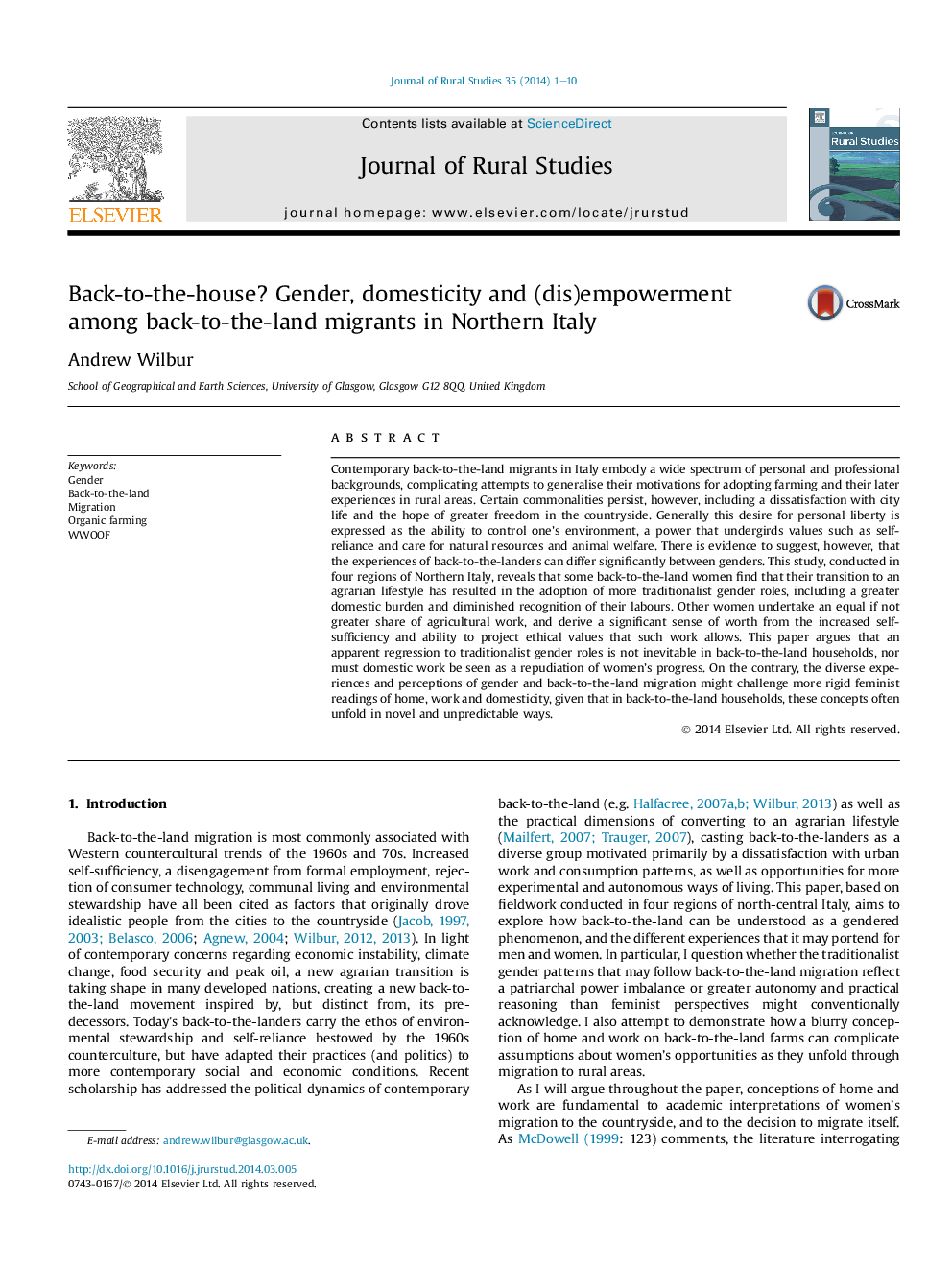 Contemporary back-to-the-land migrants in Italy embody a wide spectrum of personal and professional backgrounds, complicating attempts to generalise their motivations for adopting farming and their later experiences in rural areas. Certain commonalities persist, however, including a dissatisfaction with city life and the hope of greater freedom in the countryside. Generally this desire for personal liberty is expressed as the ability to control one's environment, a power that undergirds values such as self-reliance and care for natural resources and animal welfare. There is evidence to suggest, however, that the experiences of back-to-the-landers can differ significantly between genders. This study, conducted in four regions of Northern Italy, reveals that some back-to-the-land women find that their transition to an agrarian lifestyle has resulted in the adoption of more traditionalist gender roles, including a greater domestic burden and diminished recognition of their labours. Other women undertake an equal if not greater share of agricultural work, and derive a significant sense of worth from the increased self-sufficiency and ability to project ethical values that such work allows. This paper argues that an apparent regression to traditionalist gender roles is not inevitable in back-to-the-land households, nor must domestic work be seen as a repudiation of women's progress. On the contrary, the diverse experiences and perceptions of gender and back-to-the-land migration might challenge more rigid feminist readings of home, work and domesticity, given that in back-to-the-land households, these concepts often unfold in novel and unpredictable ways.