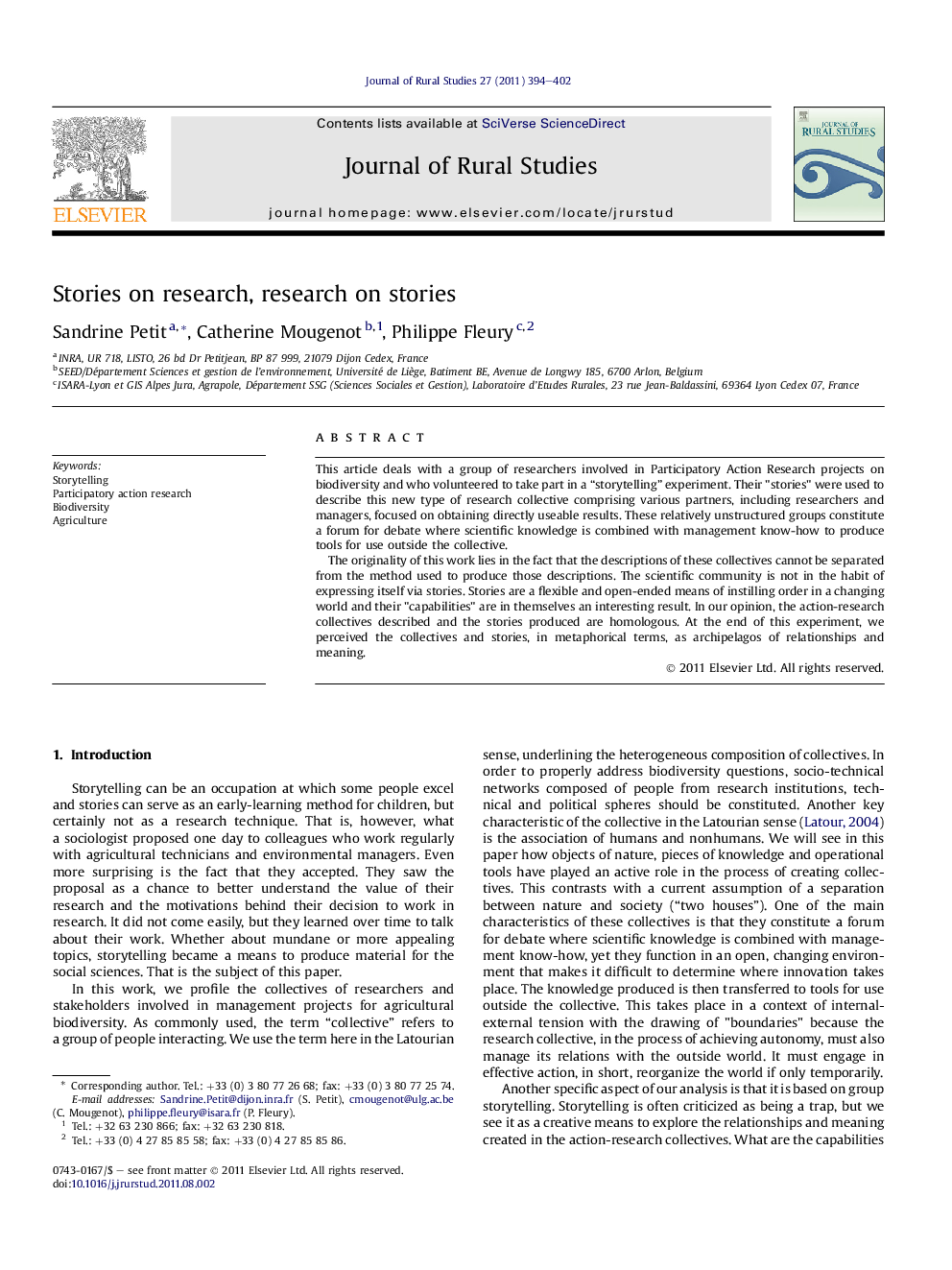 This article deals with a group of researchers involved in Participatory Action Research projects on biodiversity and who volunteered to take part in a “storytelling” experiment. Their "stories" were used to describe this new type of research collective comprising various partners, including researchers and managers, focused on obtaining directly useable results. These relatively unstructured groups constitute a forum for debate where scientific knowledge is combined with management know-how to produce tools for use outside the collective.The originality of this work lies in the fact that the descriptions of these collectives cannot be separated from the method used to produce those descriptions. The scientific community is not in the habit of expressing itself via stories. Stories are a flexible and open-ended means of instilling order in a changing world and their "capabilities" are in themselves an interesting result. In our opinion, the action-research collectives described and the stories produced are homologous. At the end of this experiment, we perceived the collectives and stories, in metaphorical terms, as archipelagos of relationships and meaning.

► This article analyses a storytelling experiment used to better understand Participatory Action Research (PAR).
► We profile the collectives of researchers and stakeholders involved in management projects for agricultural biodiversity.
► We find storytelling has specific properties which lead to produce different data from a standard qualitative survey.
► We notice that our method and our results have similar traits - - archipelagos of relationships and meaning.
► We conclude on the clear look researchers should have about their role in PAR.