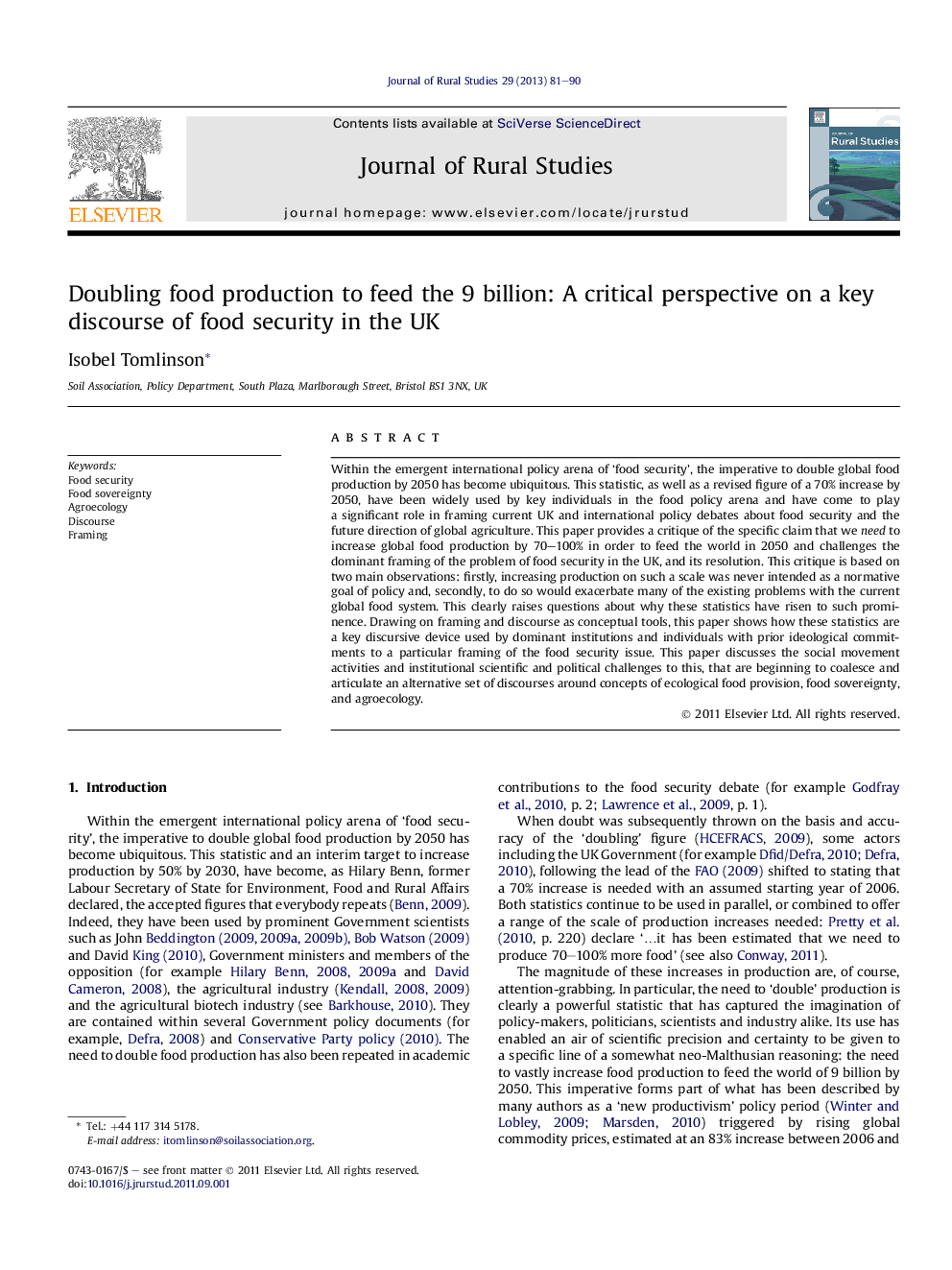 Within the emergent international policy arena of ‘food security’, the imperative to double global food production by 2050 has become ubiquitous. This statistic, as well as a revised figure of a 70% increase by 2050, have been widely used by key individuals in the food policy arena and have come to play a significant role in framing current UK and international policy debates about food security and the future direction of global agriculture. This paper provides a critique of the specific claim that we need to increase global food production by 70–100% in order to feed the world in 2050 and challenges the dominant framing of the problem of food security in the UK, and its resolution. This critique is based on two main observations: firstly, increasing production on such a scale was never intended as a normative goal of policy and, secondly, to do so would exacerbate many of the existing problems with the current global food system. This clearly raises questions about why these statistics have risen to such prominence. Drawing on framing and discourse as conceptual tools, this paper shows how these statistics are a key discursive device used by dominant institutions and individuals with prior ideological commitments to a particular framing of the food security issue. This paper discusses the social movement activities and institutional scientific and political challenges to this, that are beginning to coalesce and articulate an alternative set of discourses around concepts of ecological food provision, food sovereignty, and agroecology.