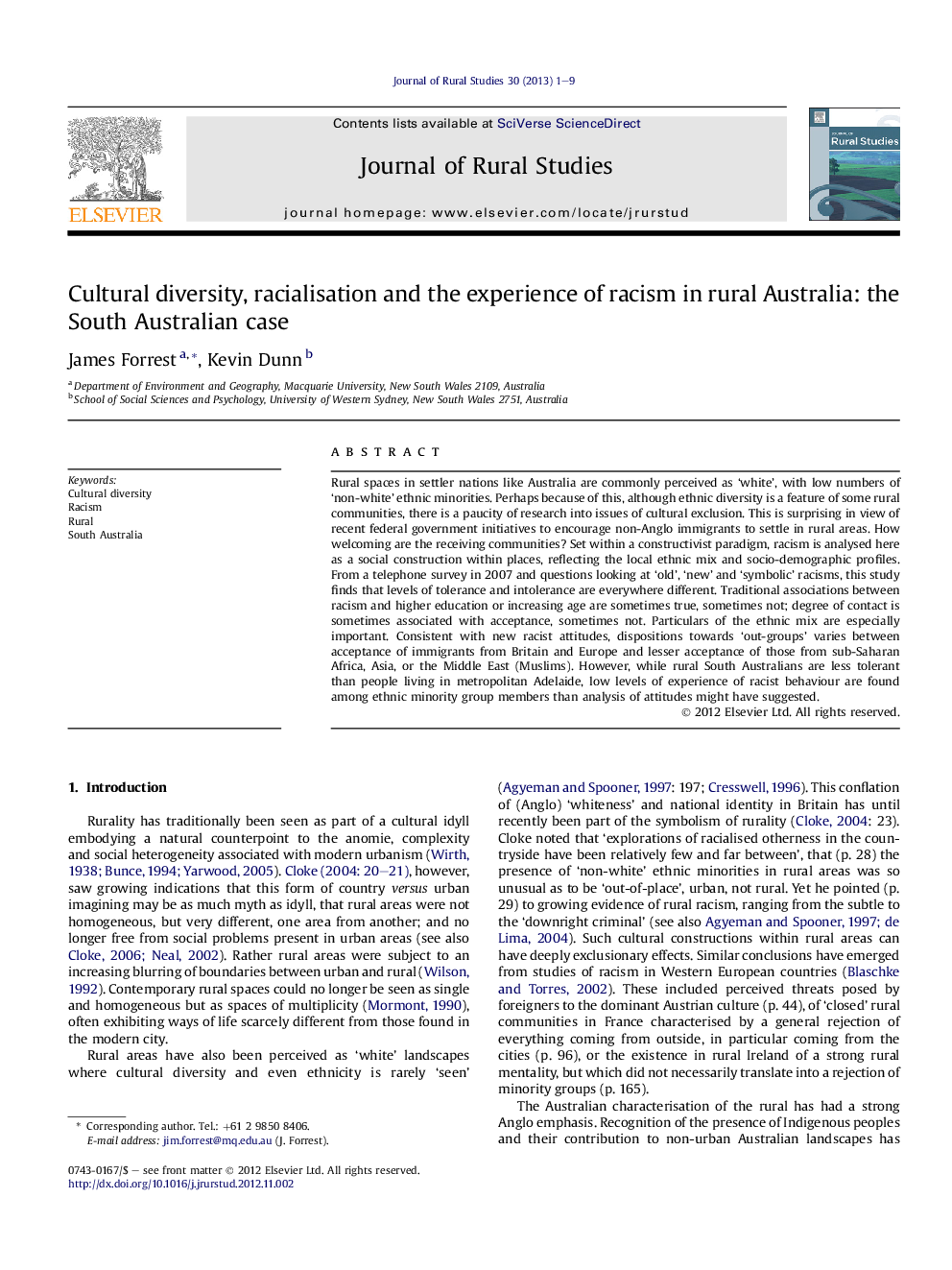 Rural spaces in settler nations like Australia are commonly perceived as ‘white’, with low numbers of ‘non-white’ ethnic minorities. Perhaps because of this, although ethnic diversity is a feature of some rural communities, there is a paucity of research into issues of cultural exclusion. This is surprising in view of recent federal government initiatives to encourage non-Anglo immigrants to settle in rural areas. How welcoming are the receiving communities? Set within a constructivist paradigm, racism is analysed here as a social construction within places, reflecting the local ethnic mix and socio-demographic profiles. From a telephone survey in 2007 and questions looking at ‘old’, ‘new’ and ‘symbolic’ racisms, this study finds that levels of tolerance and intolerance are everywhere different. Traditional associations between racism and higher education or increasing age are sometimes true, sometimes not; degree of contact is sometimes associated with acceptance, sometimes not. Particulars of the ethnic mix are especially important. Consistent with new racist attitudes, dispositions towards ‘out-groups’ varies between acceptance of immigrants from Britain and Europe and lesser acceptance of those from sub-Saharan Africa, Asia, or the Middle East (Muslims). However, while rural South Australians are less tolerant than people living in metropolitan Adelaide, low levels of experience of racist behaviour are found among ethnic minority group members than analysis of attitudes might have suggested.

► Rural attitudes reflect both ‘new’ and some aspects of ‘old’ racisms.
► Findings also show attitudes and experience are ‘everywhere different’.
►  Results both support and reject notions of a rural social homogeneity and harmony.
► Cultural homogeneity is associated with conservative attitudes and greater intolerance.
► Areas of diversity are more tolerant, but depending on the ethnic group mix present.