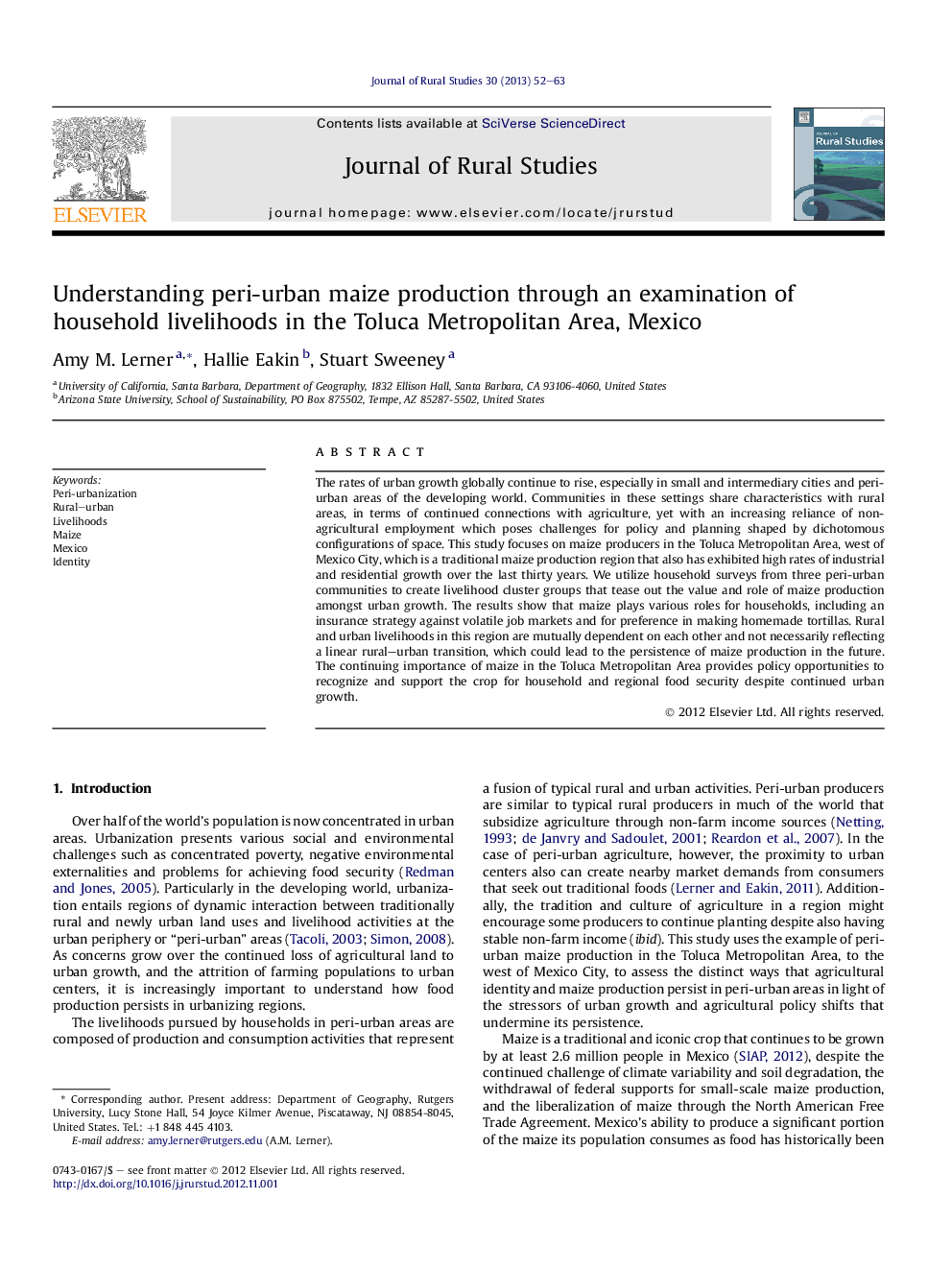 The rates of urban growth globally continue to rise, especially in small and intermediary cities and peri-urban areas of the developing world. Communities in these settings share characteristics with rural areas, in terms of continued connections with agriculture, yet with an increasing reliance of non-agricultural employment which poses challenges for policy and planning shaped by dichotomous configurations of space. This study focuses on maize producers in the Toluca Metropolitan Area, west of Mexico City, which is a traditional maize production region that also has exhibited high rates of industrial and residential growth over the last thirty years. We utilize household surveys from three peri-urban communities to create livelihood cluster groups that tease out the value and role of maize production amongst urban growth. The results show that maize plays various roles for households, including an insurance strategy against volatile job markets and for preference in making homemade tortillas. Rural and urban livelihoods in this region are mutually dependent on each other and not necessarily reflecting a linear rural–urban transition, which could lead to the persistence of maize production in the future. The continuing importance of maize in the Toluca Metropolitan Area provides policy opportunities to recognize and support the crop for household and regional food security despite continued urban growth.