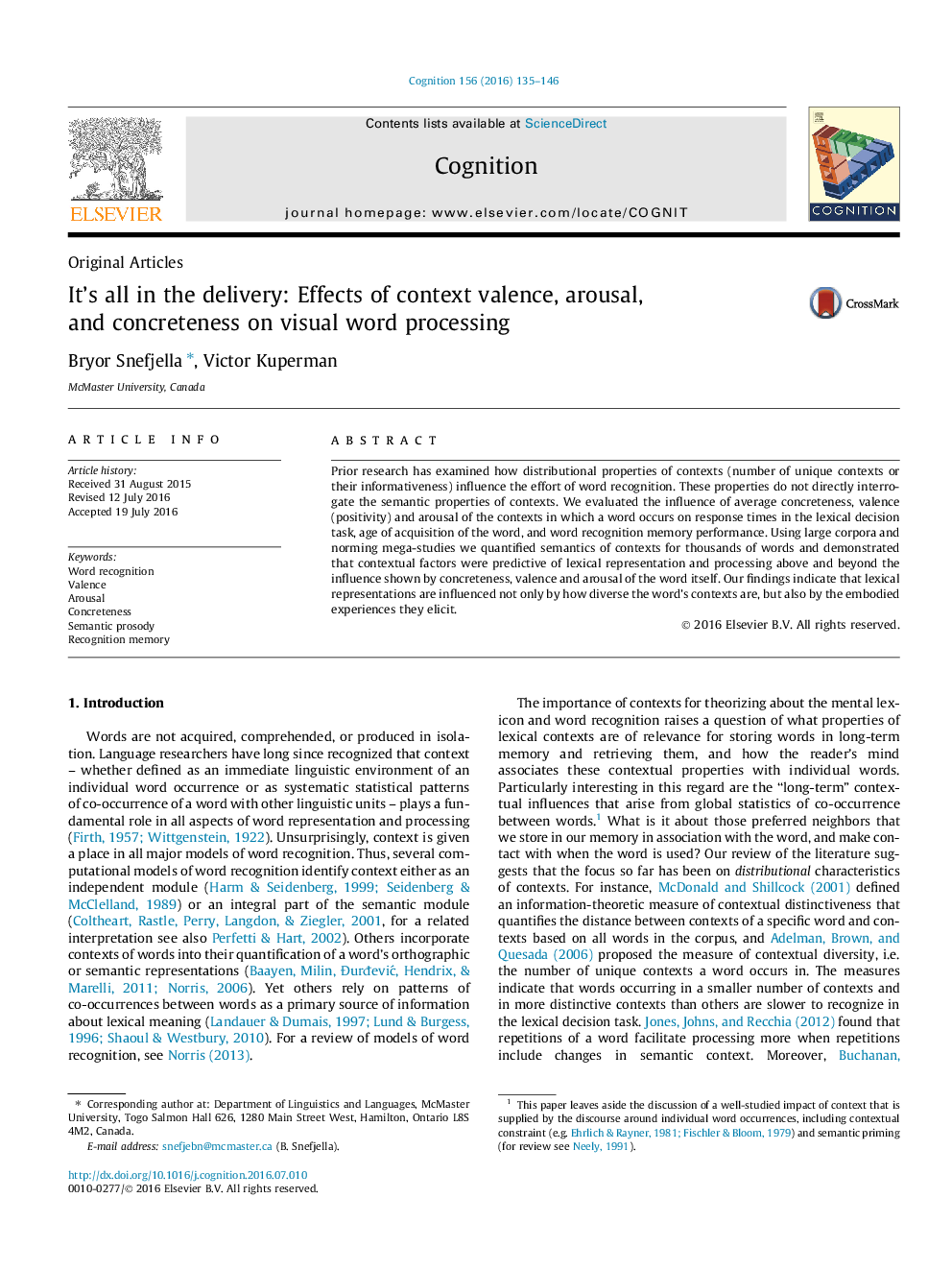 Prior research has examined how distributional properties of contexts (number of unique contexts or their informativeness) influence the effort of word recognition. These properties do not directly interrogate the semantic properties of contexts. We evaluated the influence of average concreteness, valence (positivity) and arousal of the contexts in which a word occurs on response times in the lexical decision task, age of acquisition of the word, and word recognition memory performance. Using large corpora and norming mega-studies we quantified semantics of contexts for thousands of words and demonstrated that contextual factors were predictive of lexical representation and processing above and beyond the influence shown by concreteness, valence and arousal of the word itself. Our findings indicate that lexical representations are influenced not only by how diverse the word’s contexts are, but also by the embodied experiences they elicit.