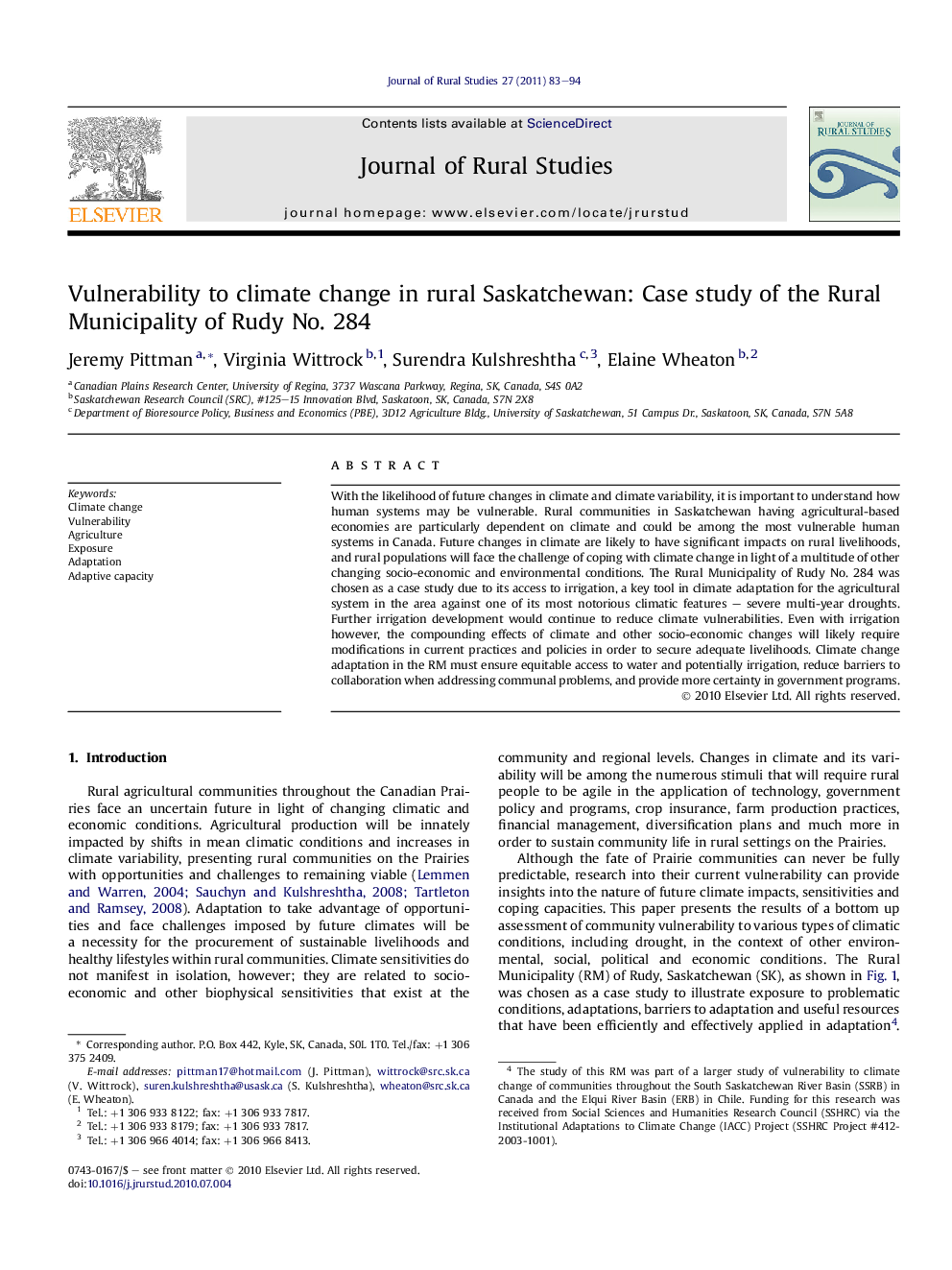 With the likelihood of future changes in climate and climate variability, it is important to understand how human systems may be vulnerable. Rural communities in Saskatchewan having agricultural-based economies are particularly dependent on climate and could be among the most vulnerable human systems in Canada. Future changes in climate are likely to have significant impacts on rural livelihoods, and rural populations will face the challenge of coping with climate change in light of a multitude of other changing socio-economic and environmental conditions. The Rural Municipality of Rudy No. 284 was chosen as a case study due to its access to irrigation, a key tool in climate adaptation for the agricultural system in the area against one of its most notorious climatic features – severe multi-year droughts. Further irrigation development would continue to reduce climate vulnerabilities. Even with irrigation however, the compounding effects of climate and other socio-economic changes will likely require modifications in current practices and policies in order to secure adequate livelihoods. Climate change adaptation in the RM must ensure equitable access to water and potentially irrigation, reduce barriers to collaboration when addressing communal problems, and provide more certainty in government programs.