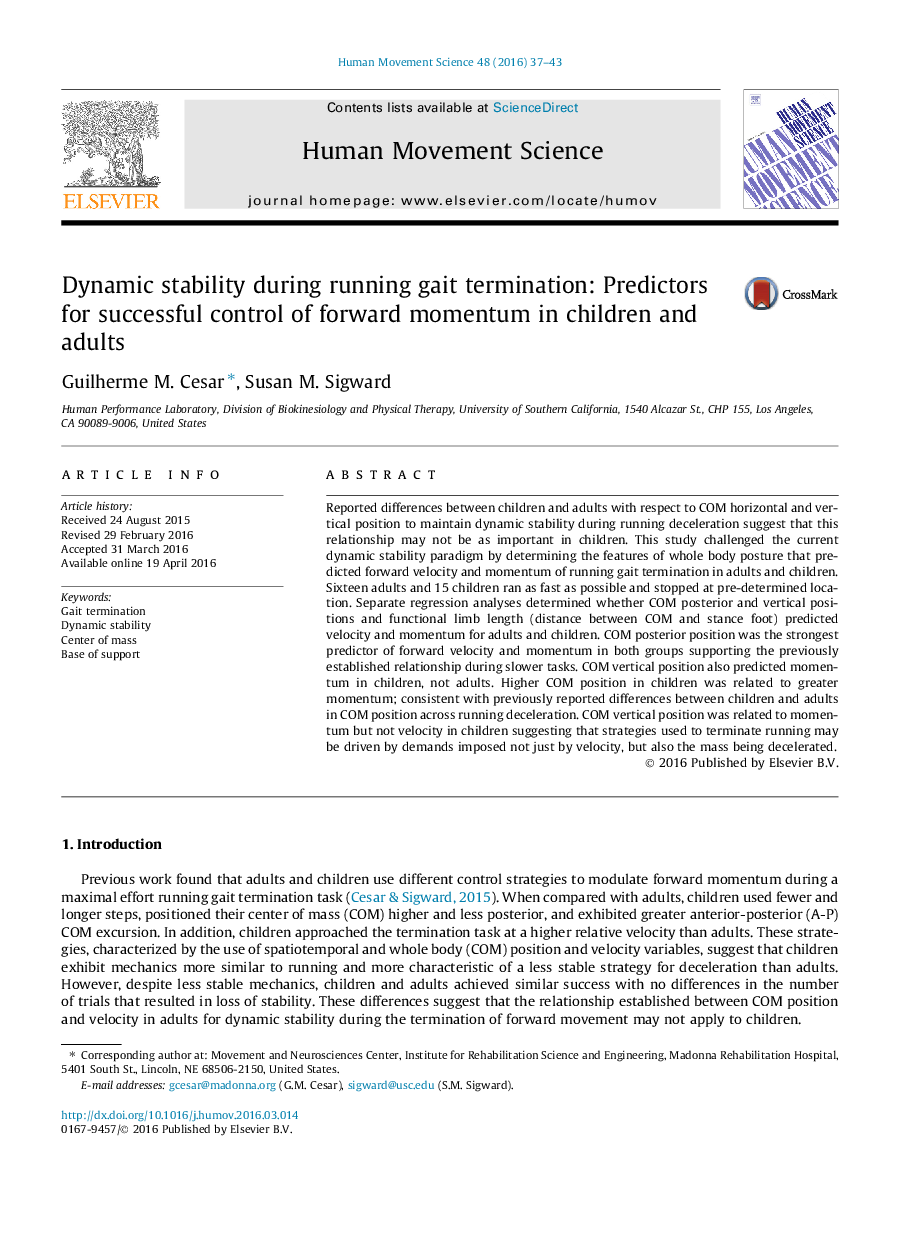 Reported differences between children and adults with respect to COM horizontal and vertical position to maintain dynamic stability during running deceleration suggest that this relationship may not be as important in children. This study challenged the current dynamic stability paradigm by determining the features of whole body posture that predicted forward velocity and momentum of running gait termination in adults and children. Sixteen adults and 15 children ran as fast as possible and stopped at pre-determined location. Separate regression analyses determined whether COM posterior and vertical positions and functional limb length (distance between COM and stance foot) predicted velocity and momentum for adults and children. COM posterior position was the strongest predictor of forward velocity and momentum in both groups supporting the previously established relationship during slower tasks. COM vertical position also predicted momentum in children, not adults. Higher COM position in children was related to greater momentum; consistent with previously reported differences between children and adults in COM position across running deceleration. COM vertical position was related to momentum but not velocity in children suggesting that strategies used to terminate running may be driven by demands imposed not just by velocity, but also the mass being decelerated.