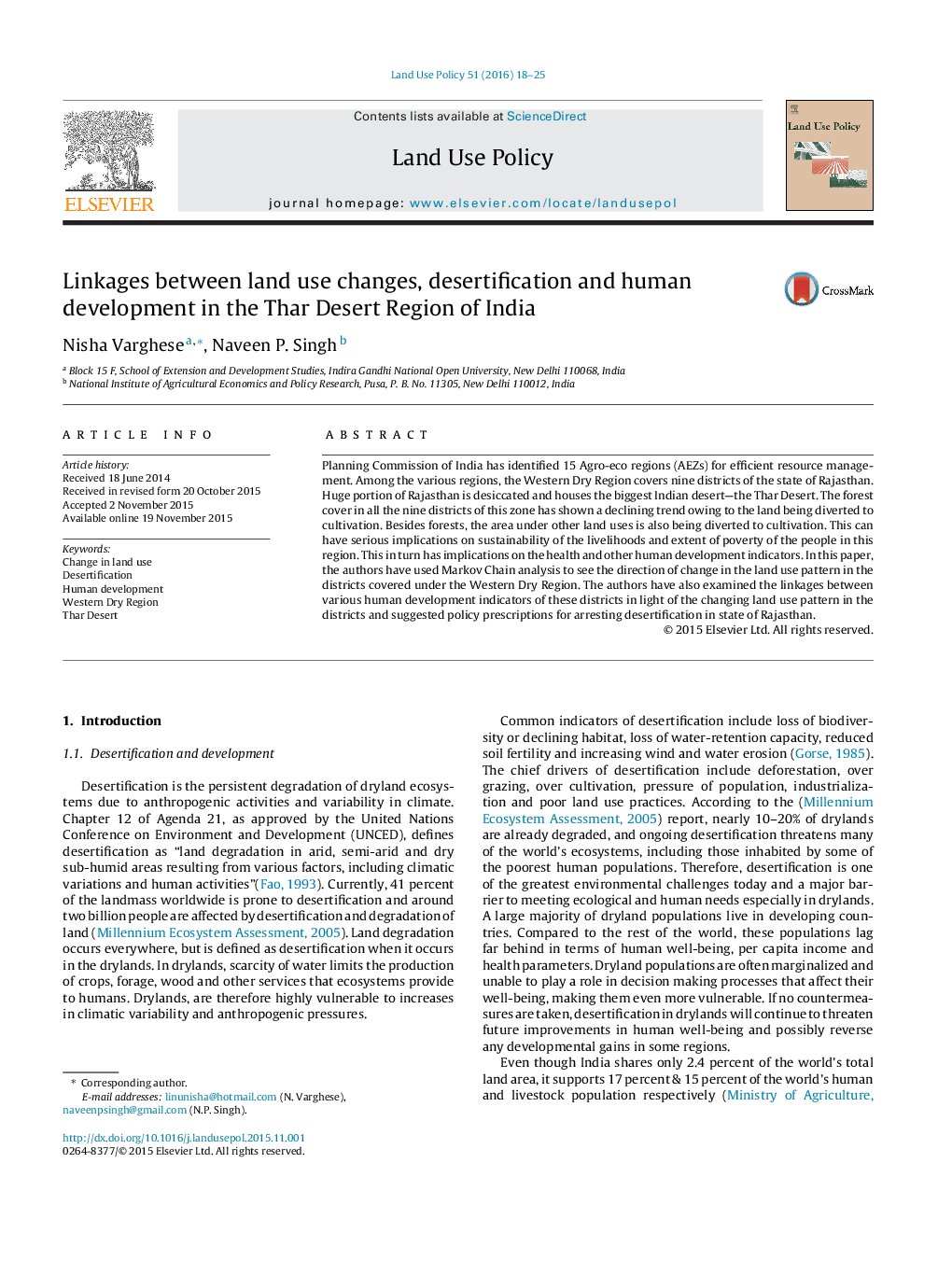 Planning Commission of India has identified 15 Agro-eco regions (AEZs) for efficient resource management. Among the various regions, the Western Dry Region covers nine districts of the state of Rajasthan. Huge portion of Rajasthan is desiccated and houses the biggest Indian desert—the Thar Desert. The forest cover in all the nine districts of this zone has shown a declining trend owing to the land being diverted to cultivation. Besides forests, the area under other land uses is also being diverted to cultivation. This can have serious implications on sustainability of the livelihoods and extent of poverty of the people in this region. This in turn has implications on the health and other human development indicators. In this paper, the authors have used Markov Chain analysis to see the direction of change in the land use pattern in the districts covered under the Western Dry Region. The authors have also examined the linkages between various human development indicators of these districts in light of the changing land use pattern in the districts and suggested policy prescriptions for arresting desertification in state of Rajasthan.