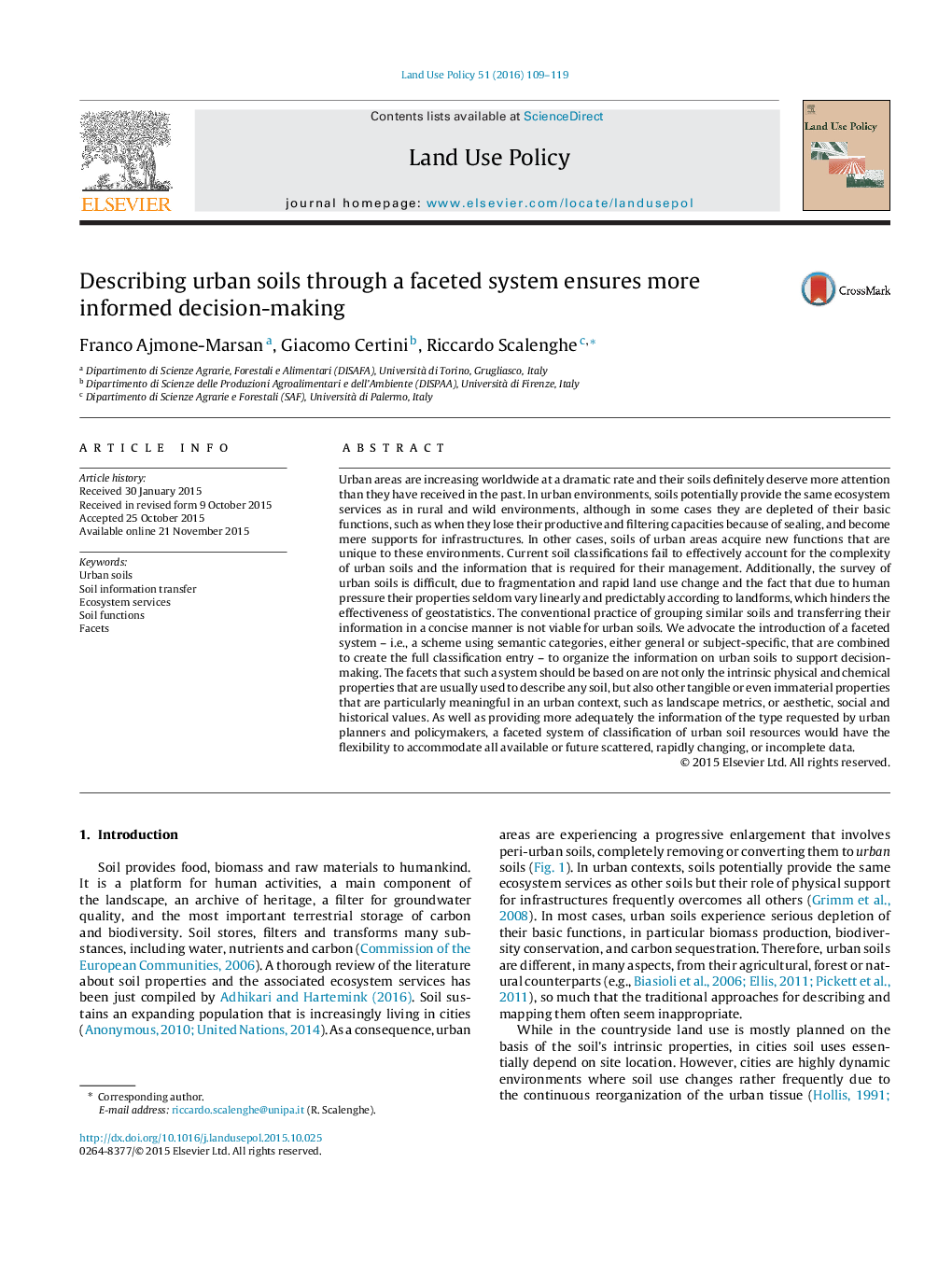 Urban areas are increasing worldwide at a dramatic rate and their soils definitely deserve more attention than they have received in the past. In urban environments, soils potentially provide the same ecosystem services as in rural and wild environments, although in some cases they are depleted of their basic functions, such as when they lose their productive and filtering capacities because of sealing, and become mere supports for infrastructures. In other cases, soils of urban areas acquire new functions that are unique to these environments. Current soil classifications fail to effectively account for the complexity of urban soils and the information that is required for their management. Additionally, the survey of urban soils is difficult, due to fragmentation and rapid land use change and the fact that due to human pressure their properties seldom vary linearly and predictably according to landforms, which hinders the effectiveness of geostatistics. The conventional practice of grouping similar soils and transferring their information in a concise manner is not viable for urban soils. We advocate the introduction of a faceted system – i.e., a scheme using semantic categories, either general or subject-specific, that are combined to create the full classification entry – to organize the information on urban soils to support decision-making. The facets that such a system should be based on are not only the intrinsic physical and chemical properties that are usually used to describe any soil, but also other tangible or even immaterial properties that are particularly meaningful in an urban context, such as landscape metrics, or aesthetic, social and historical values. As well as providing more adequately the information of the type requested by urban planners and policymakers, a faceted system of classification of urban soil resources would have the flexibility to accommodate all available or future scattered, rapidly changing, or incomplete data.