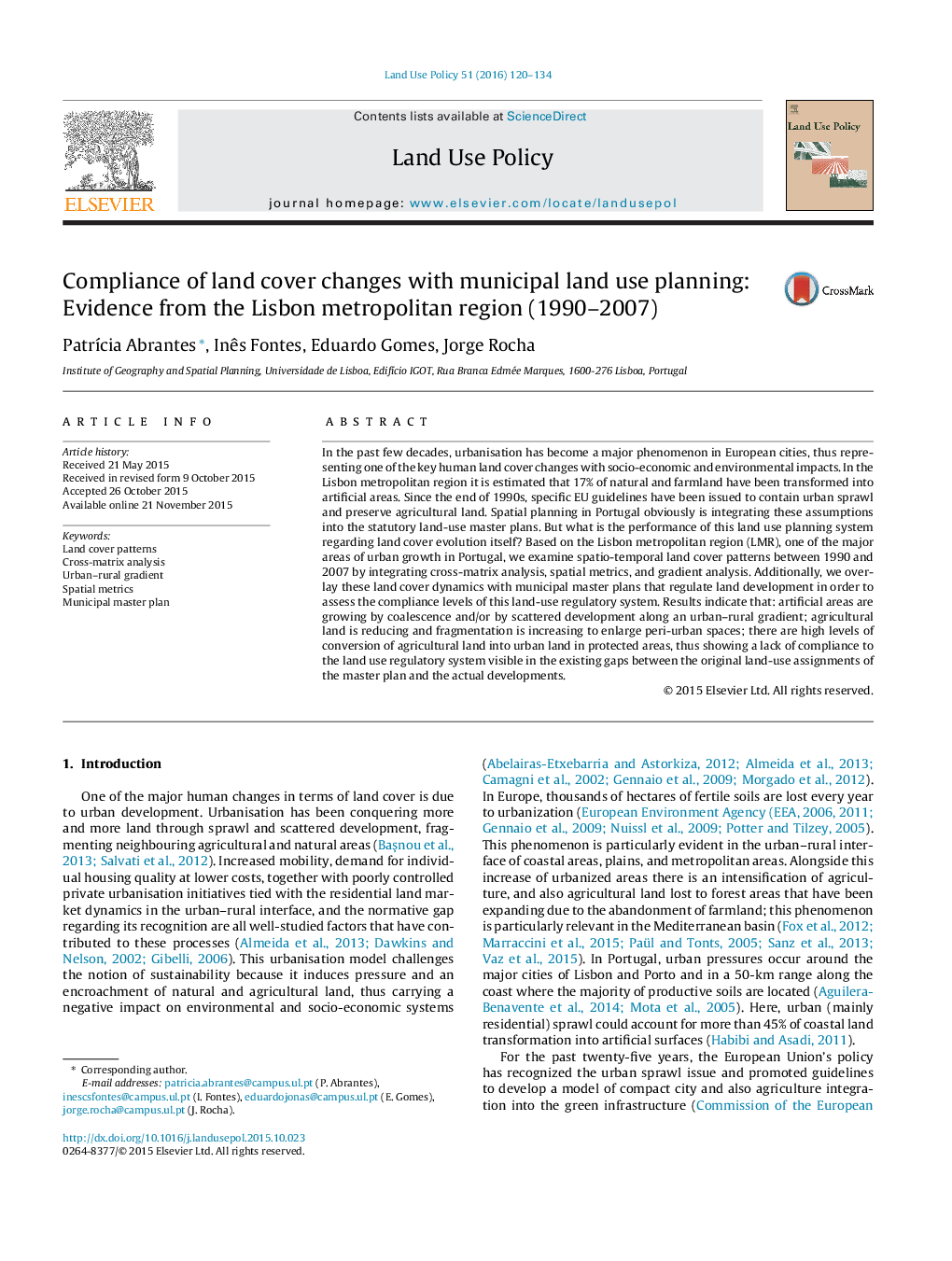 In the past few decades, urbanisation has become a major phenomenon in European cities, thus representing one of the key human land cover changes with socio-economic and environmental impacts. In the Lisbon metropolitan region it is estimated that 17% of natural and farmland have been transformed into artificial areas. Since the end of 1990s, specific EU guidelines have been issued to contain urban sprawl and preserve agricultural land. Spatial planning in Portugal obviously is integrating these assumptions into the statutory land-use master plans. But what is the performance of this land use planning system regarding land cover evolution itself? Based on the Lisbon metropolitan region (LMR), one of the major areas of urban growth in Portugal, we examine spatio-temporal land cover patterns between 1990 and 2007 by integrating cross-matrix analysis, spatial metrics, and gradient analysis. Additionally, we overlay these land cover dynamics with municipal master plans that regulate land development in order to assess the compliance levels of this land-use regulatory system. Results indicate that: artificial areas are growing by coalescence and/or by scattered development along an urban–rural gradient; agricultural land is reducing and fragmentation is increasing to enlarge peri-urban spaces; there are high levels of conversion of agricultural land into urban land in protected areas, thus showing a lack of compliance to the land use regulatory system visible in the existing gaps between the original land-use assignments of the master plan and the actual developments.