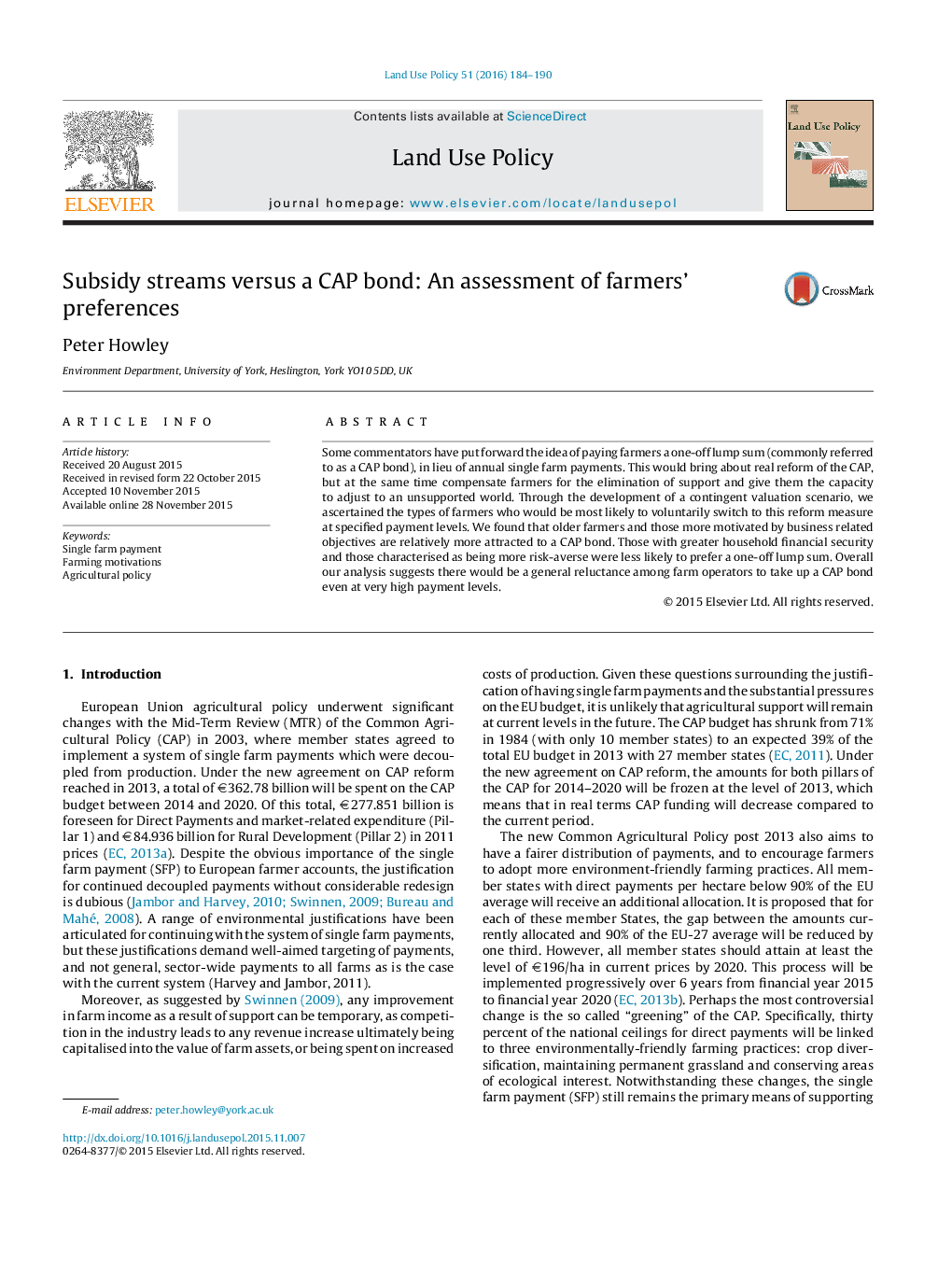 • Study examines farmers' attitudes towards a CAP bond in lieu of annual single farm payments.
• Farmers would generally be reluctant to consider a CAP bond even at high payment levels.
• Older farmers and those more motivated by business considerations were relatively more attracted to a CAP bond.

Some commentators have put forward the idea of paying farmers a one-off lump sum (commonly referred to as a CAP bond), in lieu of annual single farm payments. This would bring about real reform of the CAP, but at the same time compensate farmers for the elimination of support and give them the capacity to adjust to an unsupported world. Through the development of a contingent valuation scenario, we ascertained the types of farmers who would be most likely to voluntarily switch to this reform measure at specified payment levels. We found that older farmers and those more motivated by business related objectives are relatively more attracted to a CAP bond. Those with greater household financial security and those characterised as being more risk-averse were less likely to prefer a one-off lump sum. Overall our analysis suggests there would be a general reluctance among farm operators to take up a CAP bond even at very high payment levels.