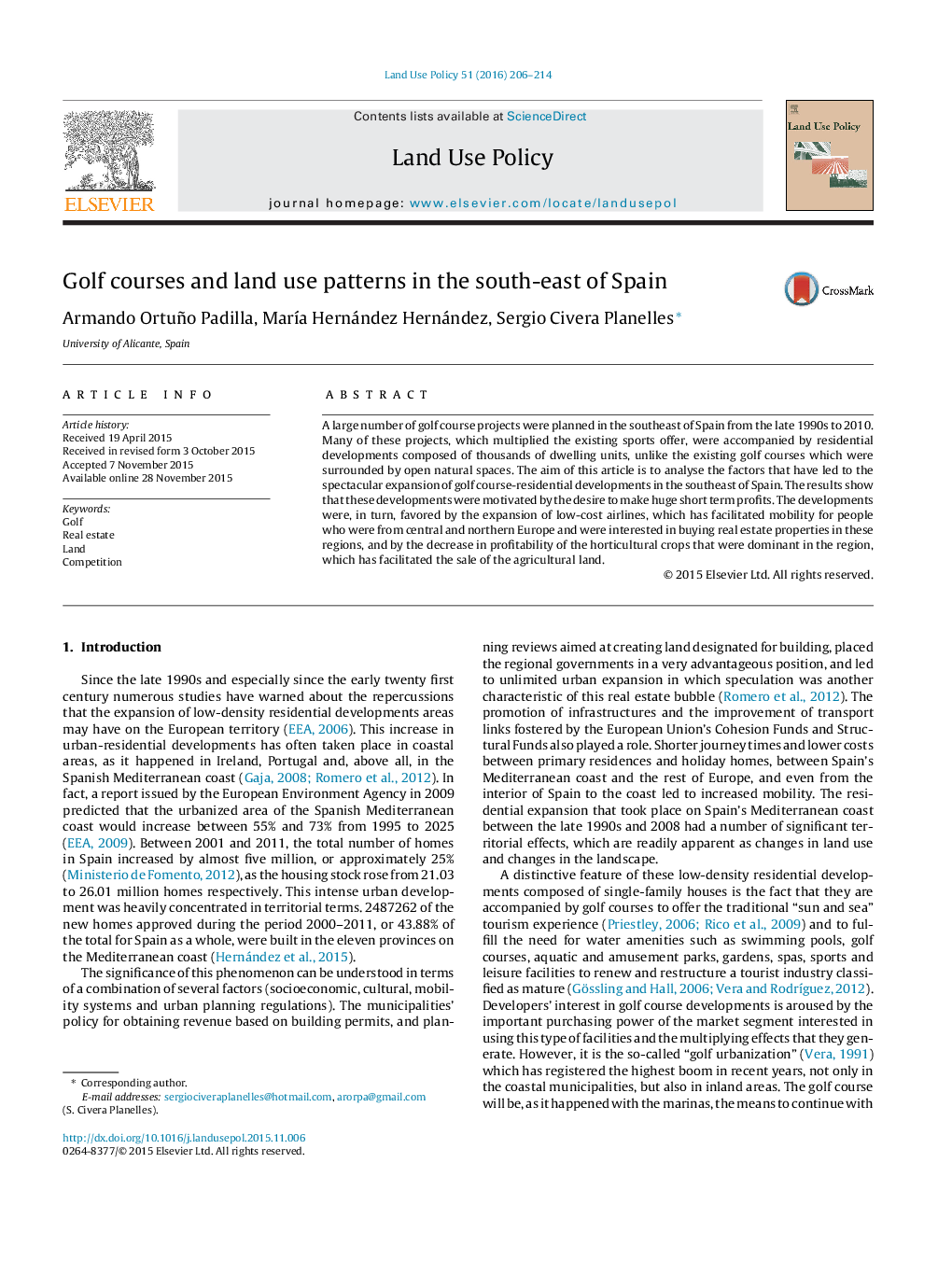 A large number of golf course projects were planned in the southeast of Spain from the late 1990s to 2010. Many of these projects, which multiplied the existing sports offer, were accompanied by residential developments composed of thousands of dwelling units, unlike the existing golf courses which were surrounded by open natural spaces. The aim of this article is to analyse the factors that have led to the spectacular expansion of golf course-residential developments in the southeast of Spain. The results show that these developments were motivated by the desire to make huge short term profits. The developments were, in turn, favored by the expansion of low-cost airlines, which has facilitated mobility for people who were from central and northern Europe and were interested in buying real estate properties in these regions, and by the decrease in profitability of the horticultural crops that were dominant in the region, which has facilitated the sale of the agricultural land.