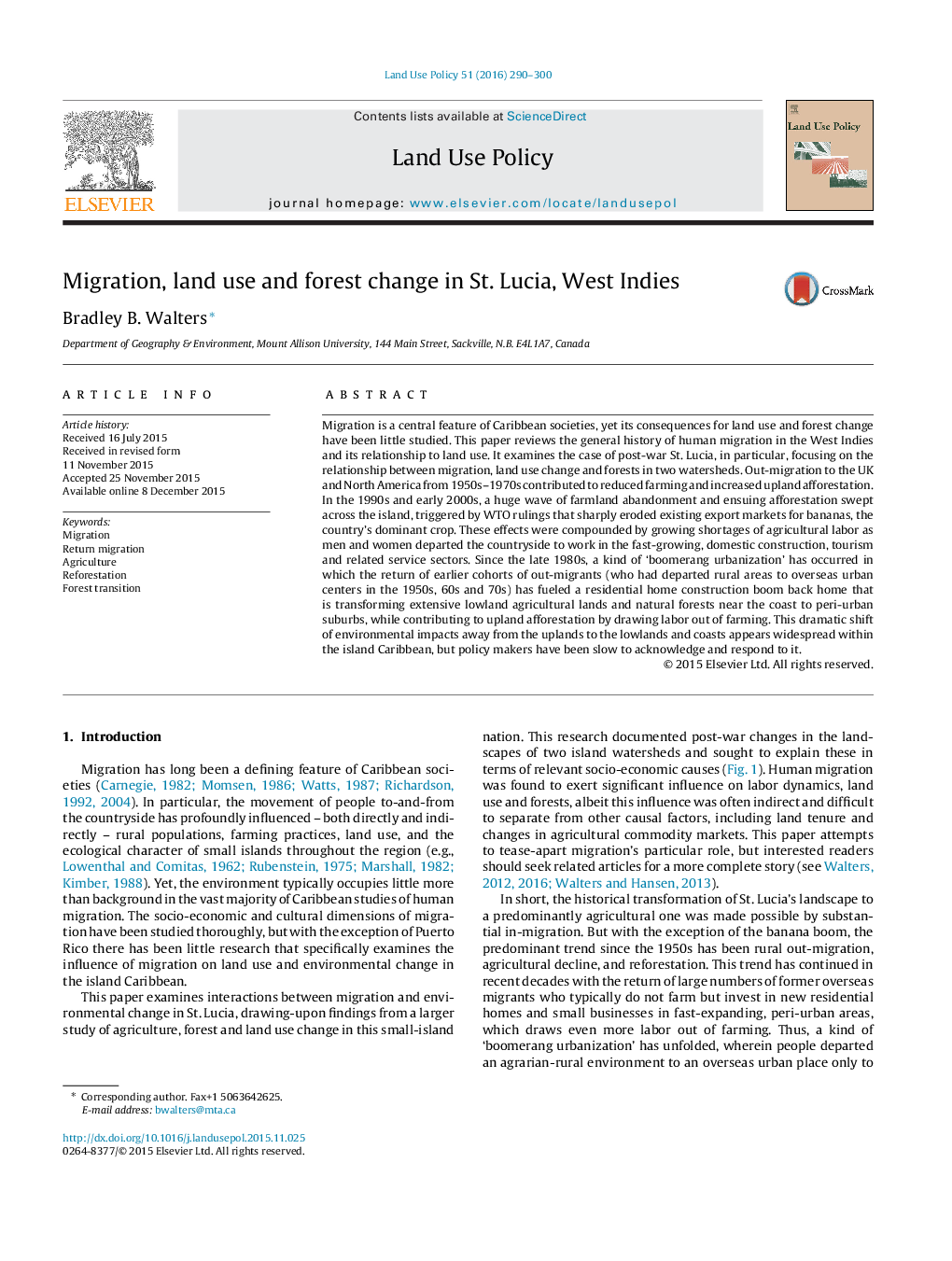 • Out-migration overseas (1950s–1970s) reduced farming and increased reforestation.
• Banana collapse and tourism growth (1990s-) hastened upland reforestation trend.
• Return-migrants from overseas have caused an island-wide housing boom (1990-).
• Development and deforestation have shifted from upland to the lowlands and coasts.
• Decision makers have been slow to respond to this trend.

Migration is a central feature of Caribbean societies, yet its consequences for land use and forest change have been little studied. This paper reviews the general history of human migration in the West Indies and its relationship to land use. It examines the case of post-war St. Lucia, in particular, focusing on the relationship between migration, land use change and forests in two watersheds. Out-migration to the UK and North America from 1950s–1970s contributed to reduced farming and increased upland afforestation. In the 1990s and early 2000s, a huge wave of farmland abandonment and ensuing afforestation swept across the island, triggered by WTO rulings that sharply eroded existing export markets for bananas, the country’s dominant crop. These effects were compounded by growing shortages of agricultural labor as men and women departed the countryside to work in the fast-growing, domestic construction, tourism and related service sectors. Since the late 1980s, a kind of ‘boomerang urbanization’ has occurred in which the return of earlier cohorts of out-migrants (who had departed rural areas to overseas urban centers in the 1950s, 60s and 70s) has fueled a residential home construction boom back home that is transforming extensive lowland agricultural lands and natural forests near the coast to peri-urban suburbs, while contributing to upland afforestation by drawing labor out of farming. This dramatic shift of environmental impacts away from the uplands to the lowlands and coasts appears widespread within the island Caribbean, but policy makers have been slow to acknowledge and respond to it.