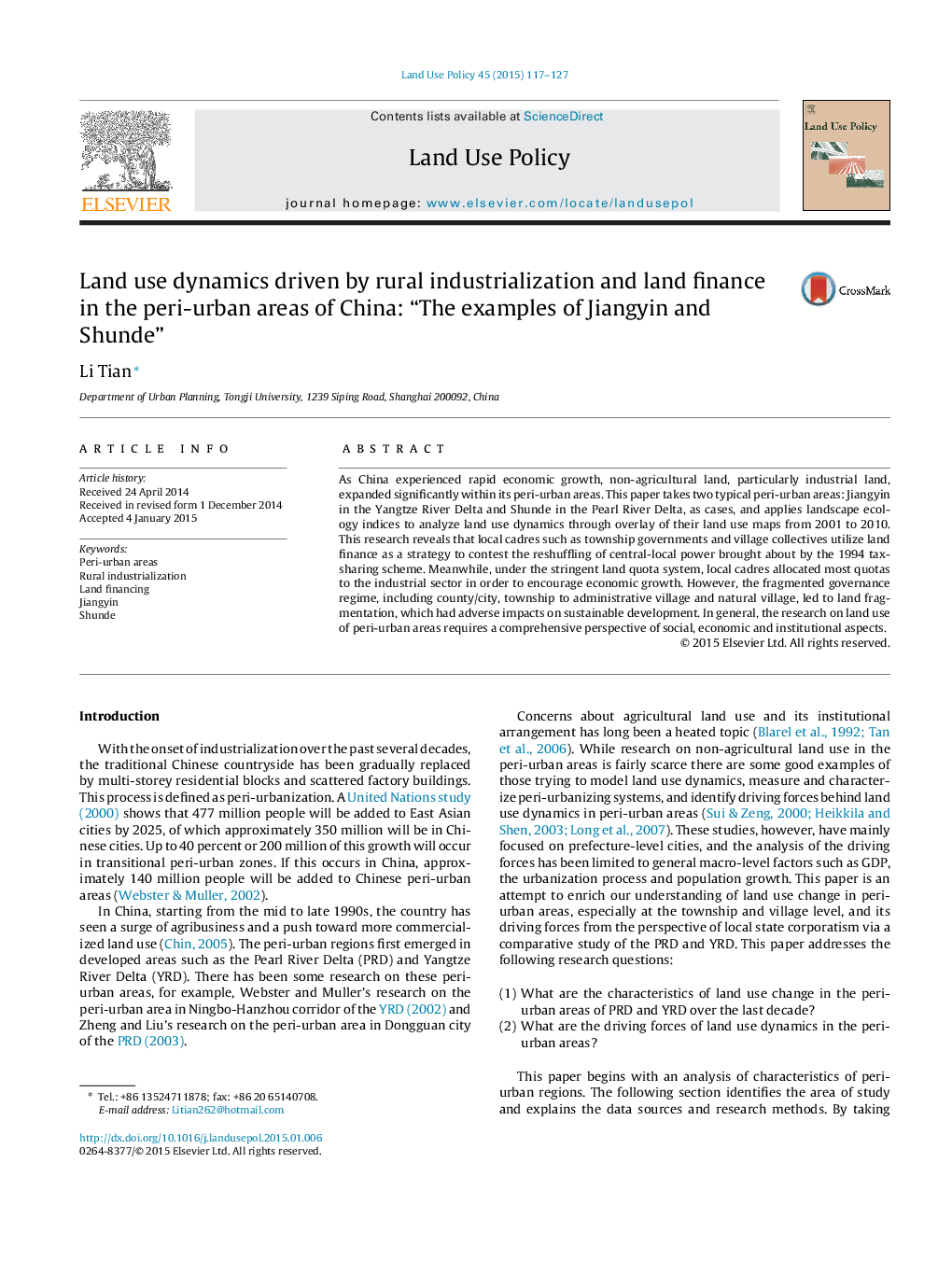 As China experienced rapid economic growth, non-agricultural land, particularly industrial land, expanded significantly within its peri-urban areas. This paper takes two typical peri-urban areas: Jiangyin in the Yangtze River Delta and Shunde in the Pearl River Delta, as cases, and applies landscape ecology indices to analyze land use dynamics through overlay of their land use maps from 2001 to 2010. This research reveals that local cadres such as township governments and village collectives utilize land finance as a strategy to contest the reshuffling of central-local power brought about by the 1994 tax-sharing scheme. Meanwhile, under the stringent land quota system, local cadres allocated most quotas to the industrial sector in order to encourage economic growth. However, the fragmented governance regime, including county/city, township to administrative village and natural village, led to land fragmentation, which had adverse impacts on sustainable development. In general, the research on land use of peri-urban areas requires a comprehensive perspective of social, economic and institutional aspects.