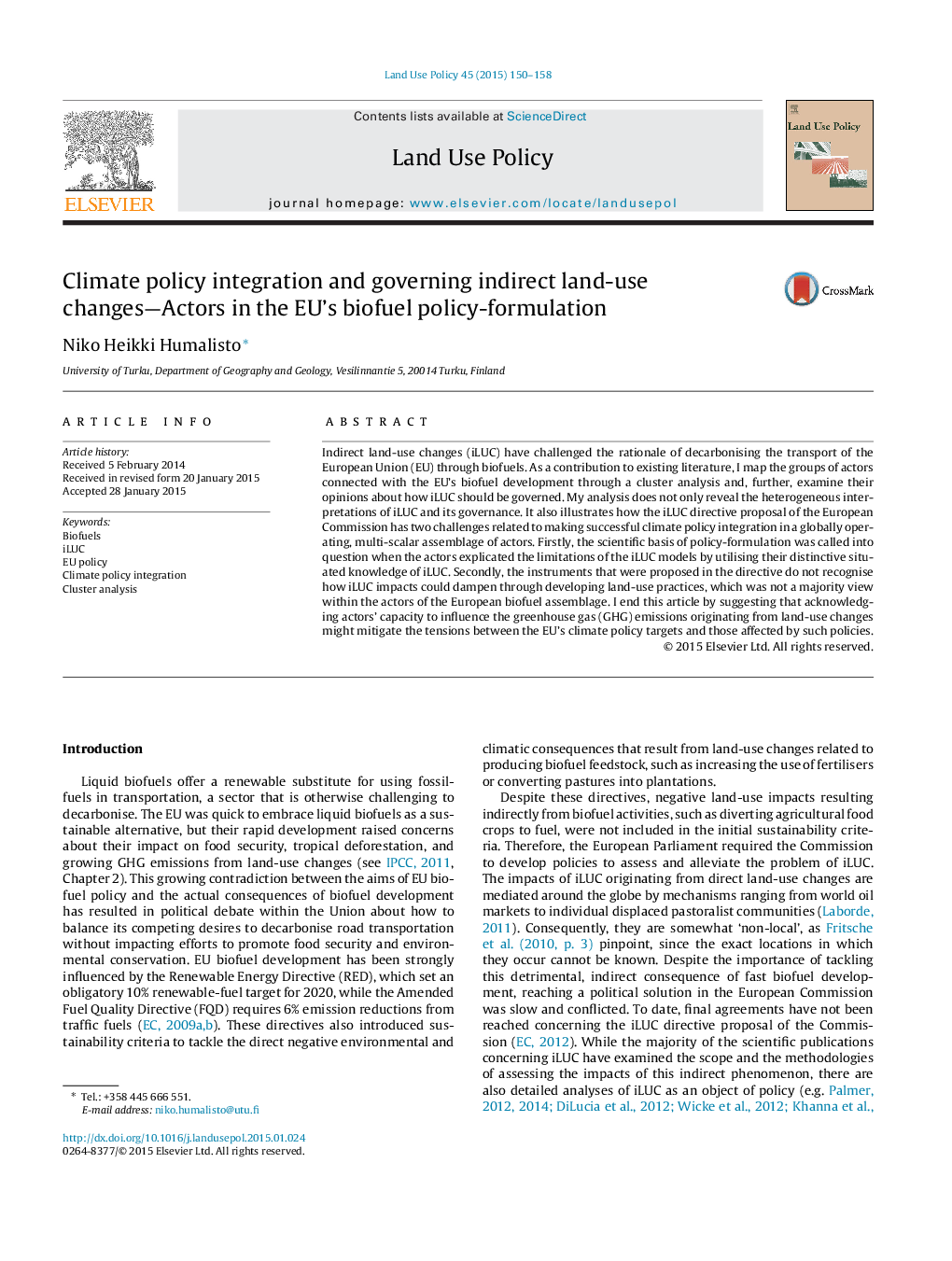 • Actors of the European biofuel assemblage operate on multiple scales and sectors.
• Assemblage approach enables synergistic agenda setting for operationalising CPI.
• Model-based knowledge about iLUC was contested during the policy-formulation.
• In order to mitigate iLUC, the Commission pursues to sideline crop-based biofuels.
• Possibilities to counteract iLUC via land-use planning are not acknowledged.

Indirect land-use changes (iLUC) have challenged the rationale of decarbonising the transport of the European Union (EU) through biofuels. As a contribution to existing literature, I map the groups of actors connected with the EU's biofuel development through a cluster analysis and, further, examine their opinions about how iLUC should be governed. My analysis does not only reveal the heterogeneous interpretations of iLUC and its governance. It also illustrates how the iLUC directive proposal of the European Commission has two challenges related to making successful climate policy integration in a globally operating, multi-scalar assemblage of actors. Firstly, the scientific basis of policy-formulation was called into question when the actors explicated the limitations of the iLUC models by utilising their distinctive situated knowledge of iLUC. Secondly, the instruments that were proposed in the directive do not recognise how iLUC impacts could dampen through developing land-use practices, which was not a majority view within the actors of the European biofuel assemblage. I end this article by suggesting that acknowledging actors’ capacity to influence the greenhouse gas (GHG) emissions originating from land-use changes might mitigate the tensions between the EU's climate policy targets and those affected by such policies.