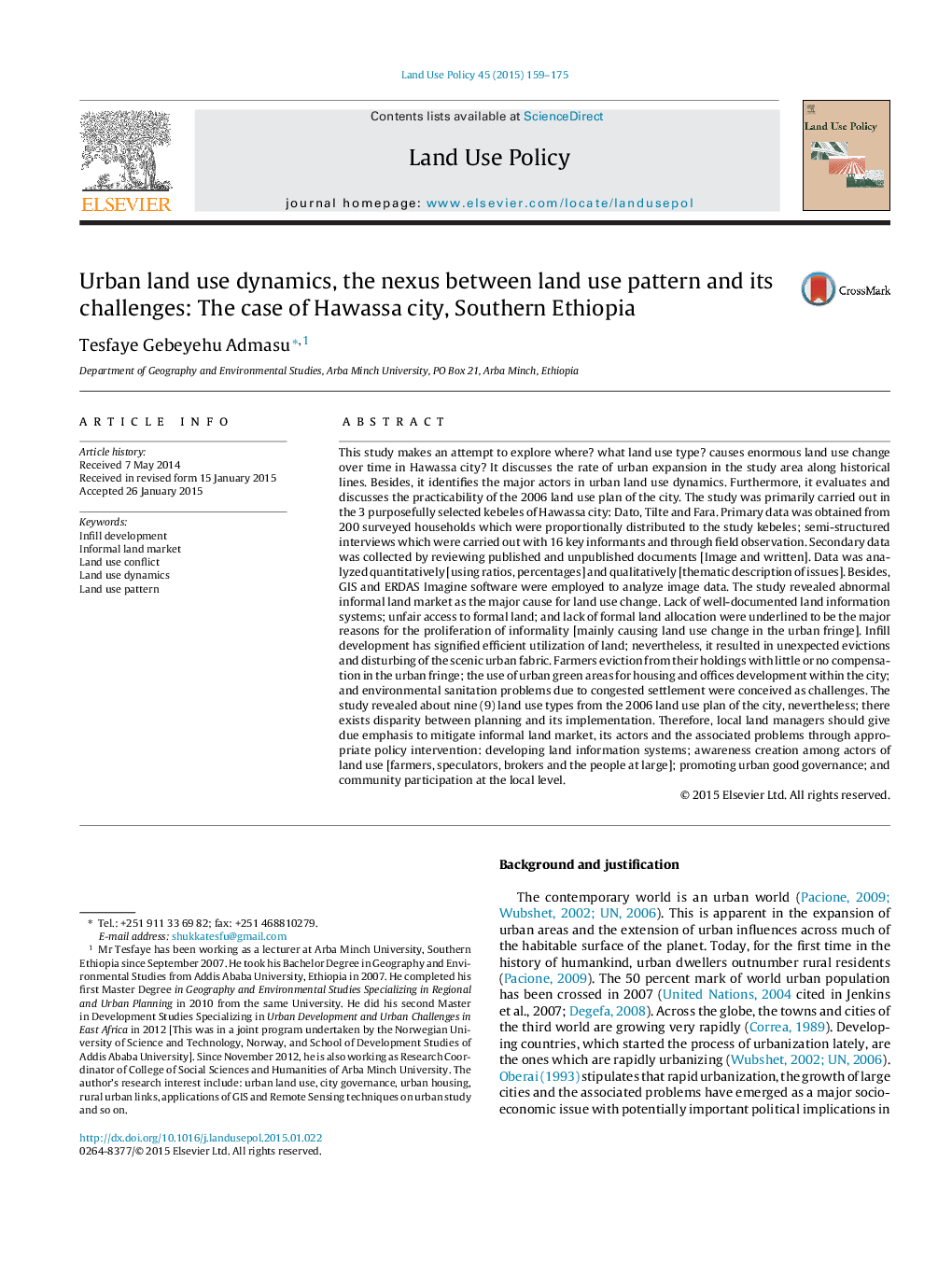 This study makes an attempt to explore where? what land use type? causes enormous land use change over time in Hawassa city? It discusses the rate of urban expansion in the study area along historical lines. Besides, it identifies the major actors in urban land use dynamics. Furthermore, it evaluates and discusses the practicability of the 2006 land use plan of the city. The study was primarily carried out in the 3 purposefully selected kebeles of Hawassa city: Dato, Tilte and Fara. Primary data was obtained from 200 surveyed households which were proportionally distributed to the study kebeles; semi-structured interviews which were carried out with 16 key informants and through field observation. Secondary data was collected by reviewing published and unpublished documents [Image and written]. Data was analyzed quantitatively [using ratios, percentages] and qualitatively [thematic description of issues]. Besides, GIS and ERDAS Imagine software were employed to analyze image data. The study revealed abnormal informal land market as the major cause for land use change. Lack of well-documented land information systems; unfair access to formal land; and lack of formal land allocation were underlined to be the major reasons for the proliferation of informality [mainly causing land use change in the urban fringe]. Infill development has signified efficient utilization of land; nevertheless, it resulted in unexpected evictions and disturbing of the scenic urban fabric. Farmers eviction from their holdings with little or no compensation in the urban fringe; the use of urban green areas for housing and offices development within the city; and environmental sanitation problems due to congested settlement were conceived as challenges. The study revealed about nine (9) land use types from the 2006 land use plan of the city, nevertheless; there exists disparity between planning and its implementation. Therefore, local land managers should give due emphasis to mitigate informal land market, its actors and the associated problems through appropriate policy intervention: developing land information systems; awareness creation among actors of land use [farmers, speculators, brokers and the people at large]; promoting urban good governance; and community participation at the local level.