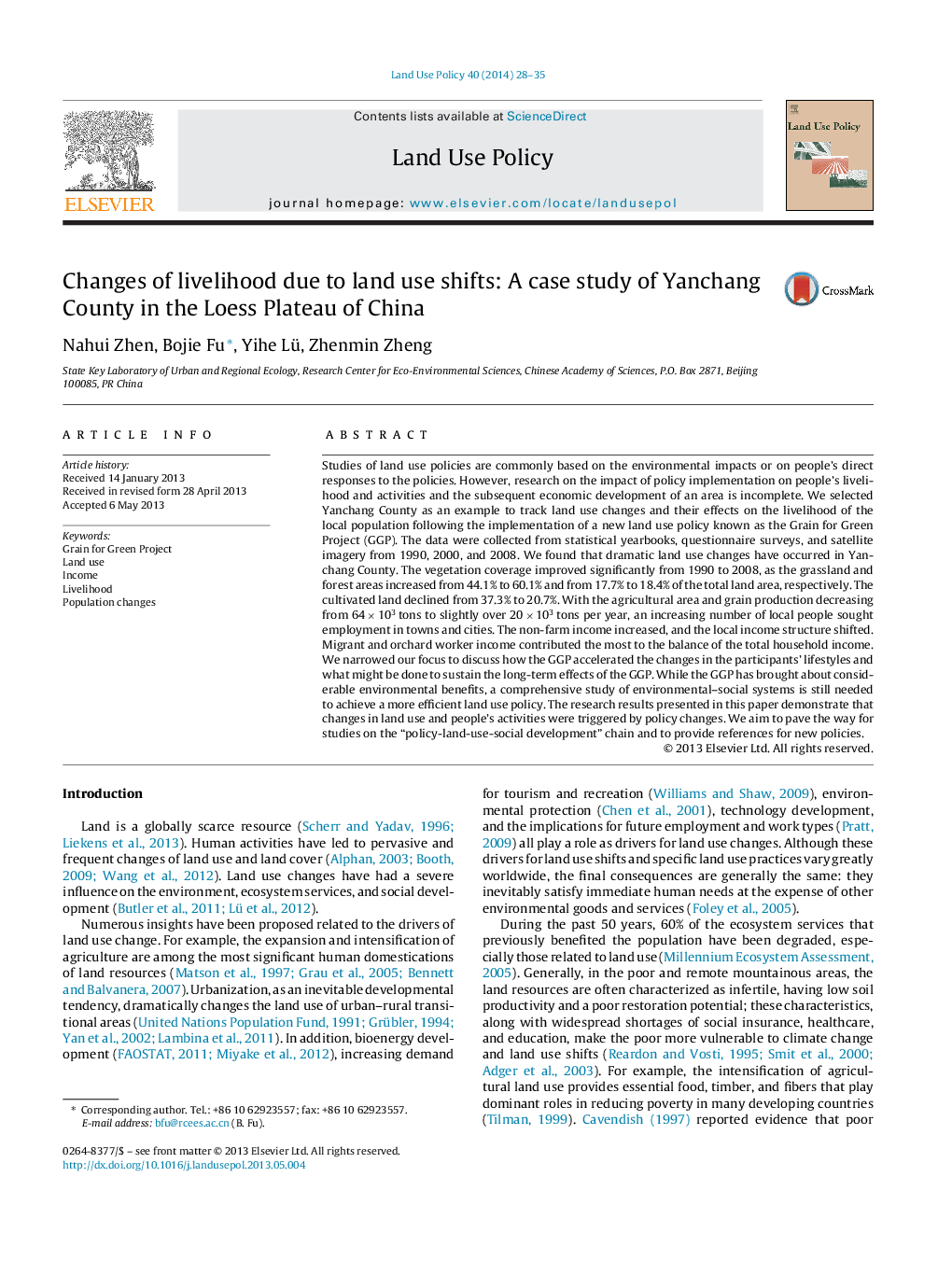 • We investigated the land use changes of study area in the Loess Plateau.
• We evaluated the vegetation shifts and local people's lifestyle change due to the implementation of conversation project.
• People's livelihood, population changes and how to keep sustainable effect of GGP were discussed.

Studies of land use policies are commonly based on the environmental impacts or on people's direct responses to the policies. However, research on the impact of policy implementation on people's livelihood and activities and the subsequent economic development of an area is incomplete. We selected Yanchang County as an example to track land use changes and their effects on the livelihood of the local population following the implementation of a new land use policy known as the Grain for Green Project (GGP). The data were collected from statistical yearbooks, questionnaire surveys, and satellite imagery from 1990, 2000, and 2008. We found that dramatic land use changes have occurred in Yanchang County. The vegetation coverage improved significantly from 1990 to 2008, as the grassland and forest areas increased from 44.1% to 60.1% and from 17.7% to 18.4% of the total land area, respectively. The cultivated land declined from 37.3% to 20.7%. With the agricultural area and grain production decreasing from 64 × 103 tons to slightly over 20 × 103 tons per year, an increasing number of local people sought employment in towns and cities. The non-farm income increased, and the local income structure shifted. Migrant and orchard worker income contributed the most to the balance of the total household income. We narrowed our focus to discuss how the GGP accelerated the changes in the participants’ lifestyles and what might be done to sustain the long-term effects of the GGP. While the GGP has brought about considerable environmental benefits, a comprehensive study of environmental–social systems is still needed to achieve a more efficient land use policy. The research results presented in this paper demonstrate that changes in land use and people's activities were triggered by policy changes. We aim to pave the way for studies on the “policy-land-use-social development” chain and to provide references for new policies.