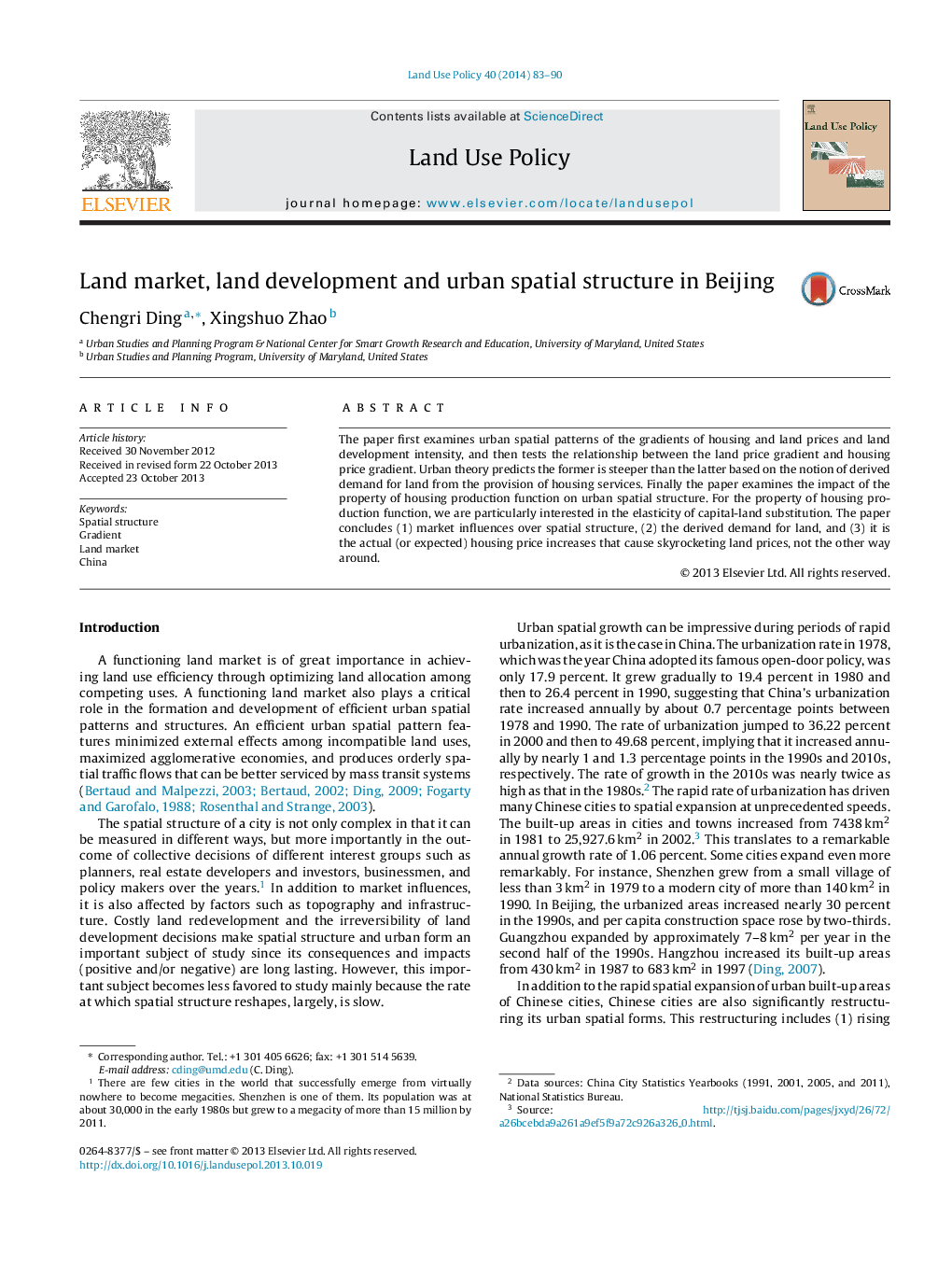 • We estimated land and housing price curves.
• We estimated the elasticity of capital-land substitution.
• We examined the impact of land development on urban spatial form and structure.
• We concluded that land development and urban spatial structure are influenced by emerging land markets using Beijing's data.
• We also concluded that land is a derived demand and speculative land markets should be addressed through policies that target at speculative housing markets.

The paper first examines urban spatial patterns of the gradients of housing and land prices and land development intensity, and then tests the relationship between the land price gradient and housing price gradient. Urban theory predicts the former is steeper than the latter based on the notion of derived demand for land from the provision of housing services. Finally the paper examines the impact of the property of housing production function on urban spatial structure. For the property of housing production function, we are particularly interested in the elasticity of capital-land substitution. The paper concludes (1) market influences over spatial structure, (2) the derived demand for land, and (3) it is the actual (or expected) housing price increases that cause skyrocketing land prices, not the other way around.