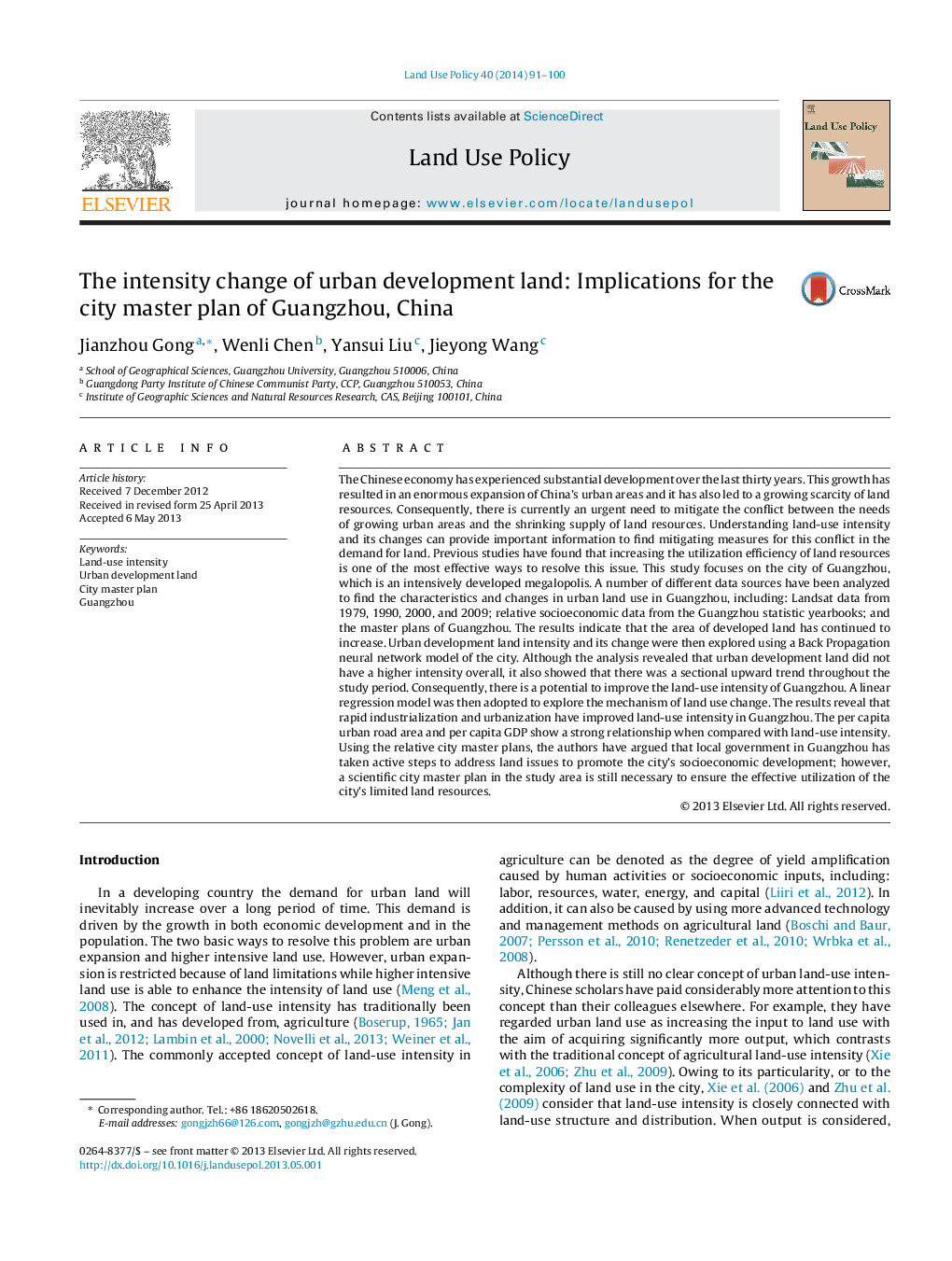 The Chinese economy has experienced substantial development over the last thirty years. This growth has resulted in an enormous expansion of China's urban areas and it has also led to a growing scarcity of land resources. Consequently, there is currently an urgent need to mitigate the conflict between the needs of growing urban areas and the shrinking supply of land resources. Understanding land-use intensity and its changes can provide important information to find mitigating measures for this conflict in the demand for land. Previous studies have found that increasing the utilization efficiency of land resources is one of the most effective ways to resolve this issue. This study focuses on the city of Guangzhou, which is an intensively developed megalopolis. A number of different data sources have been analyzed to find the characteristics and changes in urban land use in Guangzhou, including: Landsat data from 1979, 1990, 2000, and 2009; relative socioeconomic data from the Guangzhou statistic yearbooks; and the master plans of Guangzhou. The results indicate that the area of developed land has continued to increase. Urban development land intensity and its change were then explored using a Back Propagation neural network model of the city. Although the analysis revealed that urban development land did not have a higher intensity overall, it also showed that there was a sectional upward trend throughout the study period. Consequently, there is a potential to improve the land-use intensity of Guangzhou. A linear regression model was then adopted to explore the mechanism of land use change. The results reveal that rapid industrialization and urbanization have improved land-use intensity in Guangzhou. The per capita urban road area and per capita GDP show a strong relationship when compared with land-use intensity. Using the relative city master plans, the authors have argued that local government in Guangzhou has taken active steps to address land issues to promote the city's socioeconomic development; however, a scientific city master plan in the study area is still necessary to ensure the effective utilization of the city's limited land resources.