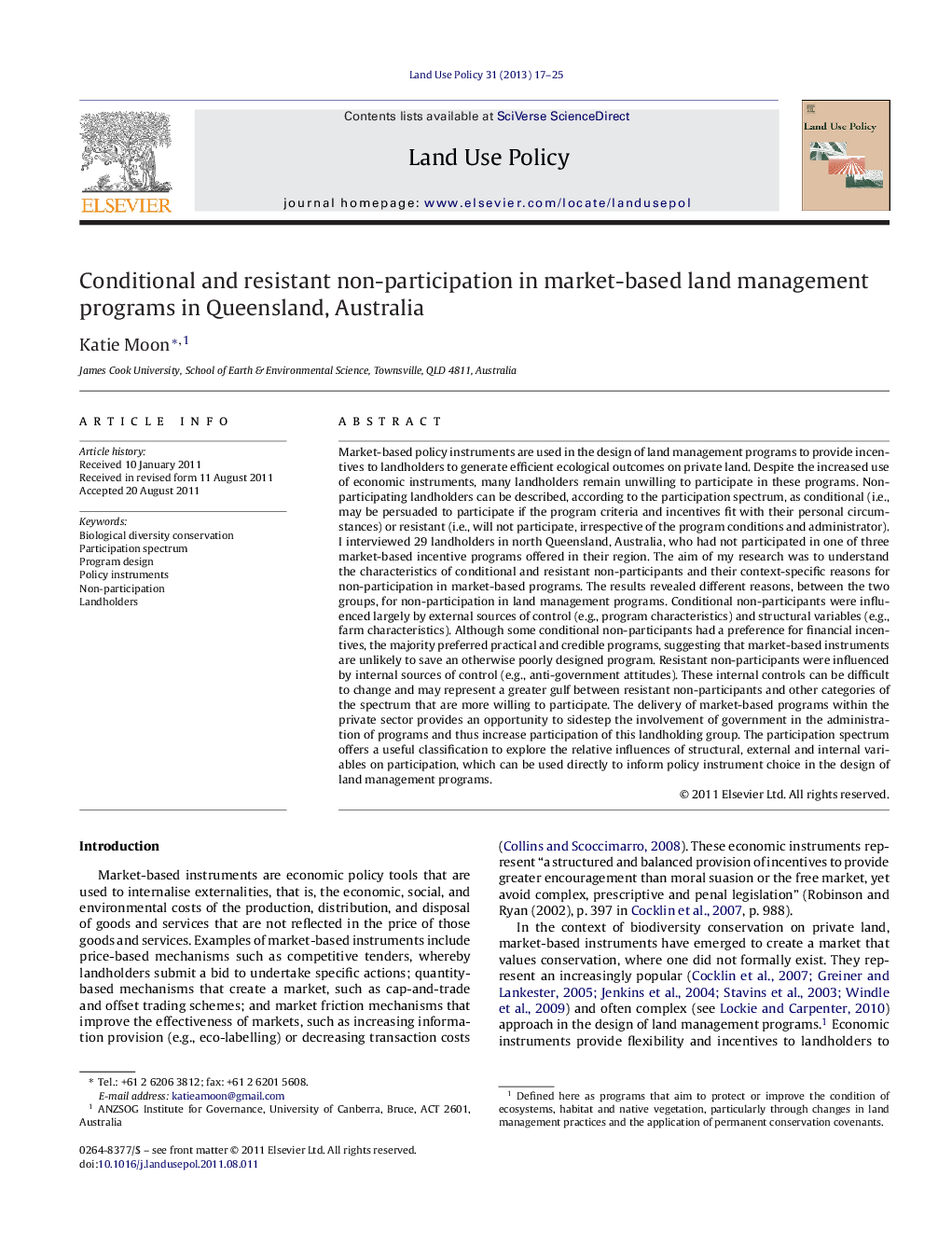 Market-based policy instruments are used in the design of land management programs to provide incentives to landholders to generate efficient ecological outcomes on private land. Despite the increased use of economic instruments, many landholders remain unwilling to participate in these programs. Non-participating landholders can be described, according to the participation spectrum, as conditional (i.e., may be persuaded to participate if the program criteria and incentives fit with their personal circumstances) or resistant (i.e., will not participate, irrespective of the program conditions and administrator). I interviewed 29 landholders in north Queensland, Australia, who had not participated in one of three market-based incentive programs offered in their region. The aim of my research was to understand the characteristics of conditional and resistant non-participants and their context-specific reasons for non-participation in market-based programs. The results revealed different reasons, between the two groups, for non-participation in land management programs. Conditional non-participants were influenced largely by external sources of control (e.g., program characteristics) and structural variables (e.g., farm characteristics). Although some conditional non-participants had a preference for financial incentives, the majority preferred practical and credible programs, suggesting that market-based instruments are unlikely to save an otherwise poorly designed program. Resistant non-participants were influenced by internal sources of control (e.g., anti-government attitudes). These internal controls can be difficult to change and may represent a greater gulf between resistant non-participants and other categories of the spectrum that are more willing to participate. The delivery of market-based programs within the private sector provides an opportunity to sidestep the involvement of government in the administration of programs and thus increase participation of this landholding group. The participation spectrum offers a useful classification to explore the relative influences of structural, external and internal variables on participation, which can be used directly to inform policy instrument choice in the design of land management programs.