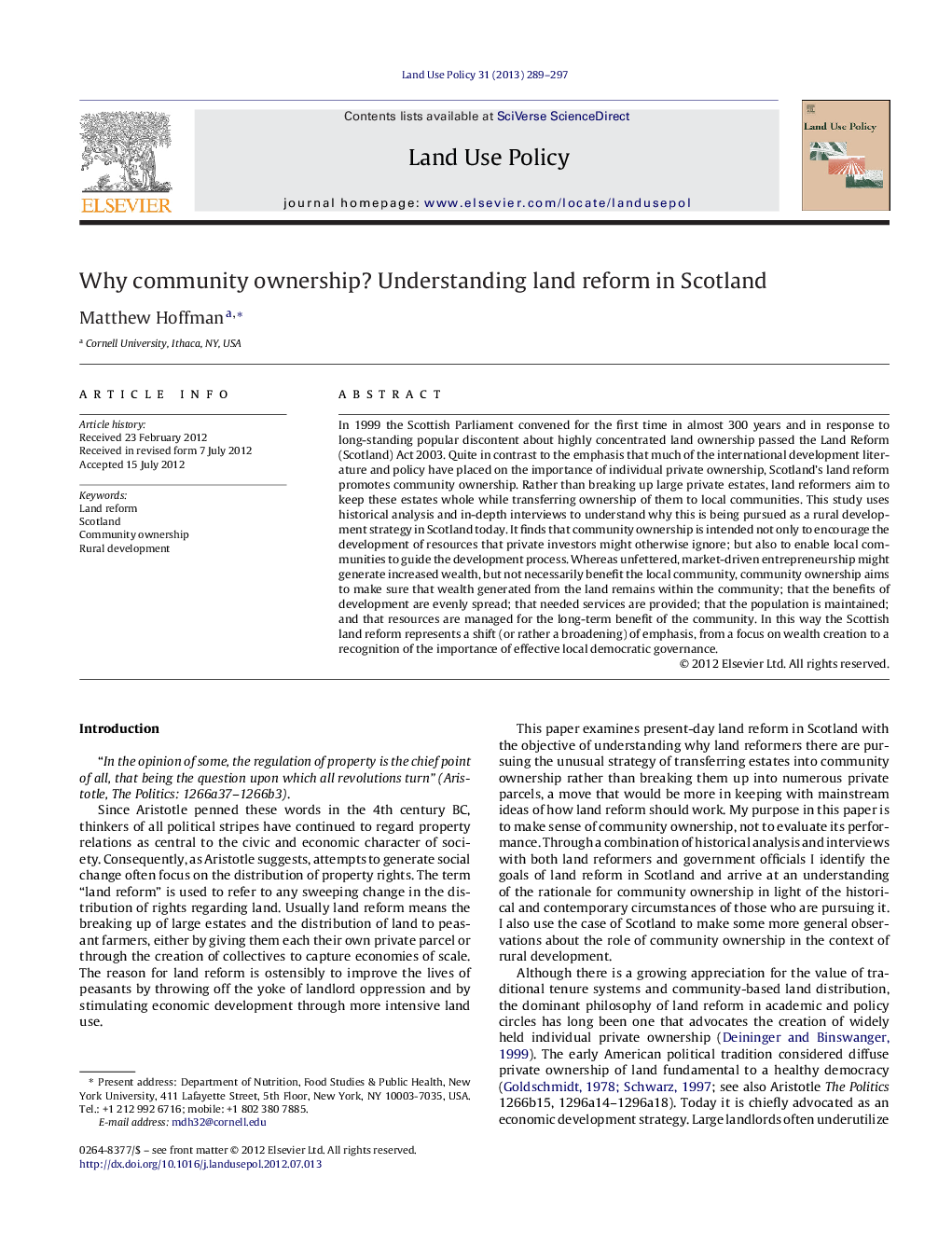 In 1999 the Scottish Parliament convened for the first time in almost 300 years and in response to long-standing popular discontent about highly concentrated land ownership passed the Land Reform (Scotland) Act 2003. Quite in contrast to the emphasis that much of the international development literature and policy have placed on the importance of individual private ownership, Scotland's land reform promotes community ownership. Rather than breaking up large private estates, land reformers aim to keep these estates whole while transferring ownership of them to local communities. This study uses historical analysis and in-depth interviews to understand why this is being pursued as a rural development strategy in Scotland today. It finds that community ownership is intended not only to encourage the development of resources that private investors might otherwise ignore; but also to enable local communities to guide the development process. Whereas unfettered, market-driven entrepreneurship might generate increased wealth, but not necessarily benefit the local community, community ownership aims to make sure that wealth generated from the land remains within the community; that the benefits of development are evenly spread; that needed services are provided; that the population is maintained; and that resources are managed for the long-term benefit of the community. In this way the Scottish land reform represents a shift (or rather a broadening) of emphasis, from a focus on wealth creation to a recognition of the importance of effective local democratic governance.

► Goal: to understand the rationale behind land reform in Scotland.
► Method: interviews and historical analysis.
► Why community ownership instead of diffuse private ownership?
► It enables localities to plan and capture the benefits of development.