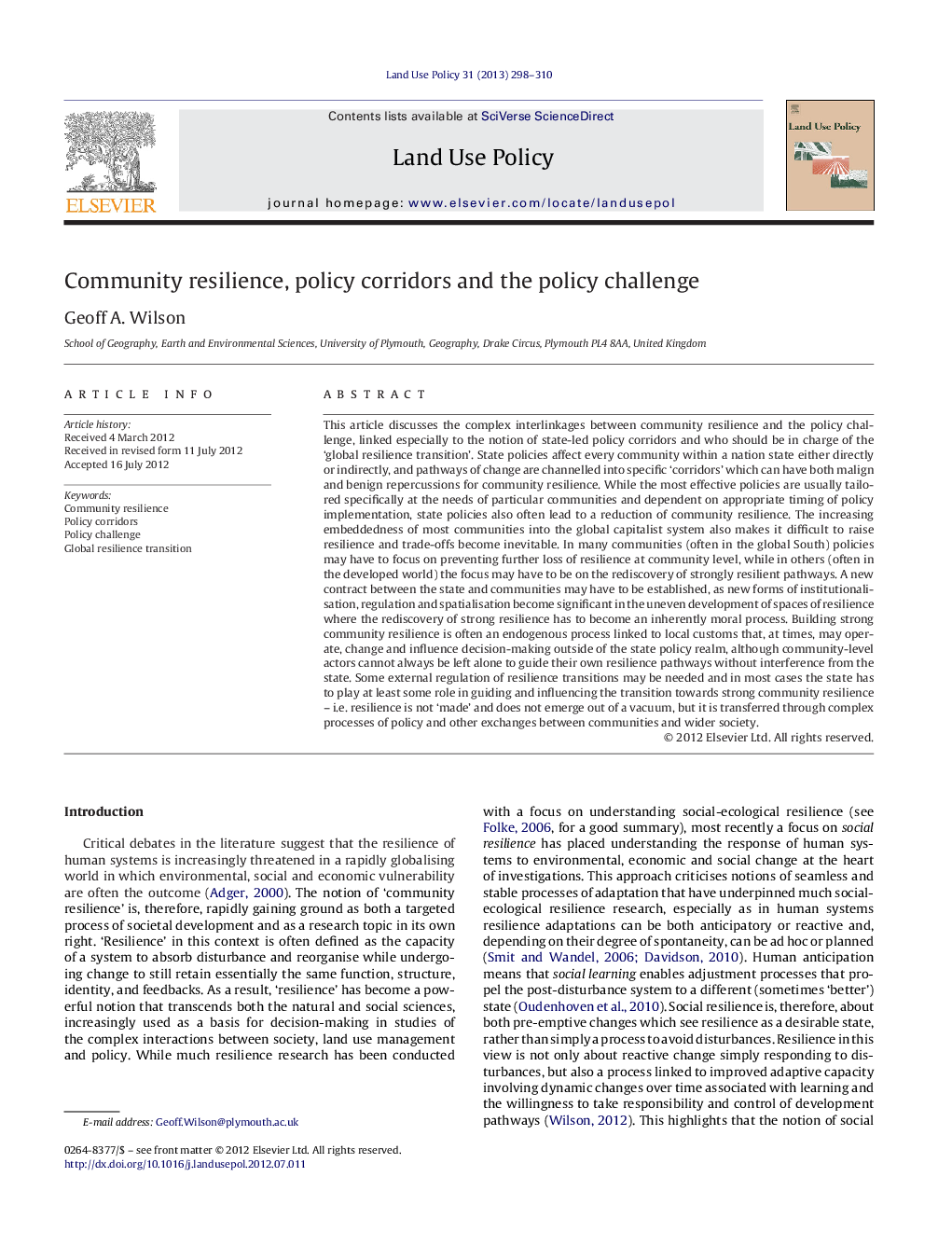 This article discusses the complex interlinkages between community resilience and the policy challenge, linked especially to the notion of state-led policy corridors and who should be in charge of the ‘global resilience transition’. State policies affect every community within a nation state either directly or indirectly, and pathways of change are channelled into specific ‘corridors’ which can have both malign and benign repercussions for community resilience. While the most effective policies are usually tailored specifically at the needs of particular communities and dependent on appropriate timing of policy implementation, state policies also often lead to a reduction of community resilience. The increasing embeddedness of most communities into the global capitalist system also makes it difficult to raise resilience and trade-offs become inevitable. In many communities (often in the global South) policies may have to focus on preventing further loss of resilience at community level, while in others (often in the developed world) the focus may have to be on the rediscovery of strongly resilient pathways. A new contract between the state and communities may have to be established, as new forms of institutionalisation, regulation and spatialisation become significant in the uneven development of spaces of resilience where the rediscovery of strong resilience has to become an inherently moral process. Building strong community resilience is often an endogenous process linked to local customs that, at times, may operate, change and influence decision-making outside of the state policy realm, although community-level actors cannot always be left alone to guide their own resilience pathways without interference from the state. Some external regulation of resilience transitions may be needed and in most cases the state has to play at least some role in guiding and influencing the transition towards strong community resilience – i.e. resilience is not ‘made’ and does not emerge out of a vacuum, but it is transferred through complex processes of policy and other exchanges between communities and wider society.