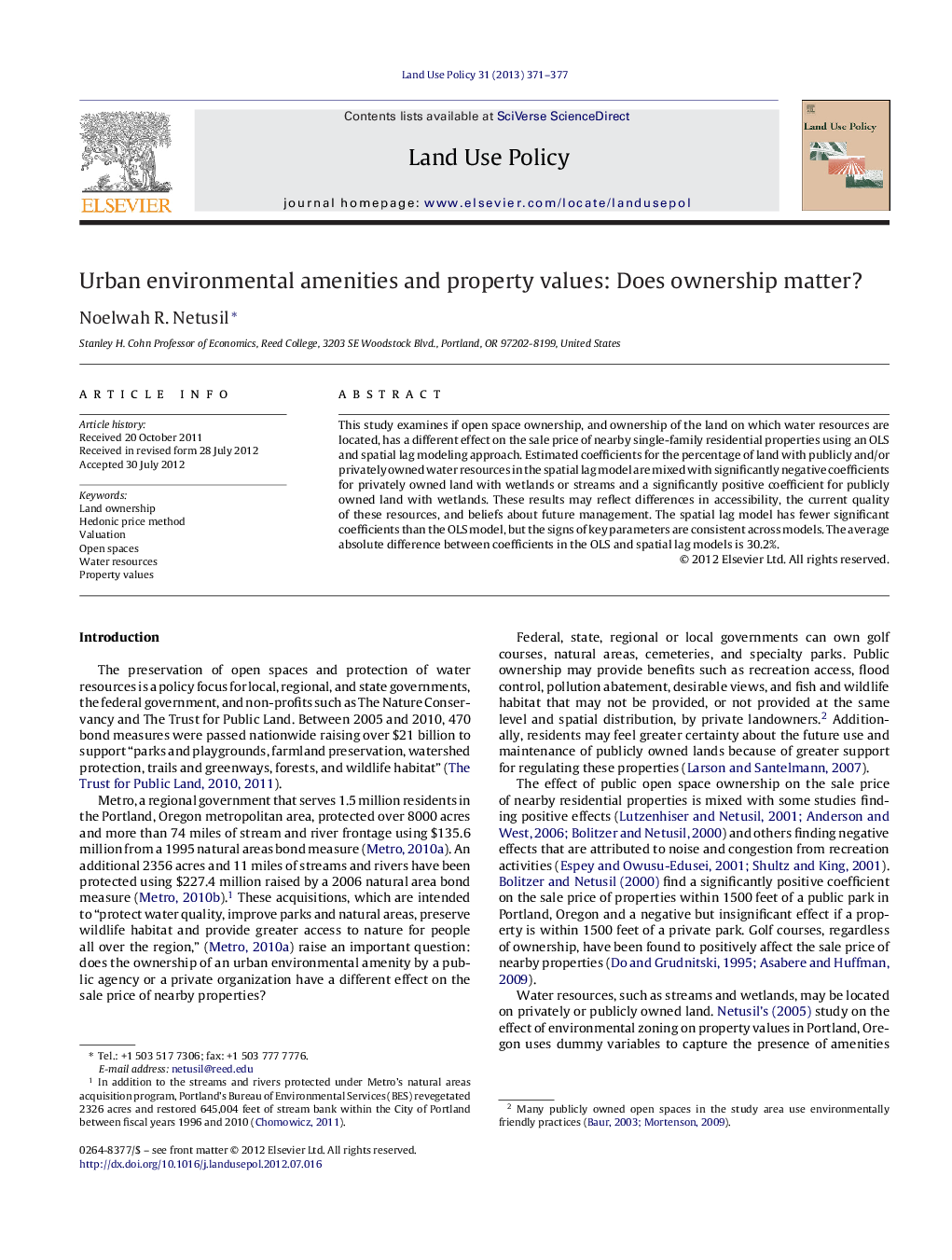 ► This study examines if ownership of an urban environmental amenity by a public agency or a private organization has a different effect on the sale price of nearby single-family residential properties using ordinary least squares and spatial lag models.
► Estimated coefficients on public and private water resources are different from each other.
► Correcting for spatial relationships results in fewer significant coefficients but does not change the sign of key parameters.
► The hypotheses of equal effect on sale price if nearby streams or wetlands are on public or private lands are rejected for the OLS and spatial lag models.