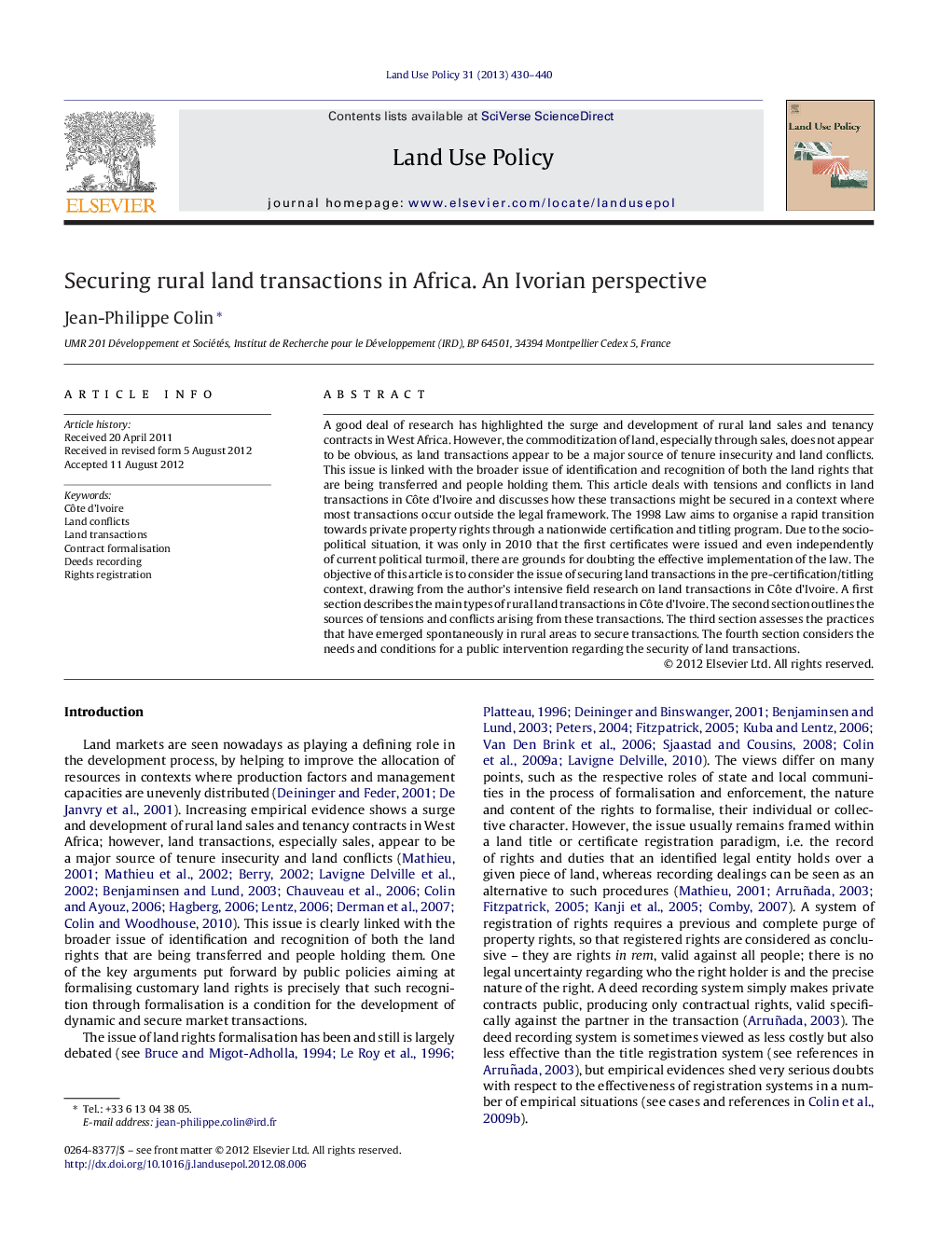 A good deal of research has highlighted the surge and development of rural land sales and tenancy contracts in West Africa. However, the commoditization of land, especially through sales, does not appear to be obvious, as land transactions appear to be a major source of tenure insecurity and land conflicts. This issue is linked with the broader issue of identification and recognition of both the land rights that are being transferred and people holding them. This article deals with tensions and conflicts in land transactions in Côte d’Ivoire and discusses how these transactions might be secured in a context where most transactions occur outside the legal framework. The 1998 Law aims to organise a rapid transition towards private property rights through a nationwide certification and titling program. Due to the socio-political situation, it was only in 2010 that the first certificates were issued and even independently of current political turmoil, there are grounds for doubting the effective implementation of the law. The objective of this article is to consider the issue of securing land transactions in the pre-certification/titling context, drawing from the author's intensive field research on land transactions in Côte d’Ivoire. A first section describes the main types of rural land transactions in Côte d’Ivoire. The second section outlines the sources of tensions and conflicts arising from these transactions. The third section assesses the practices that have emerged spontaneously in rural areas to secure transactions. The fourth section considers the needs and conditions for a public intervention regarding the security of land transactions.