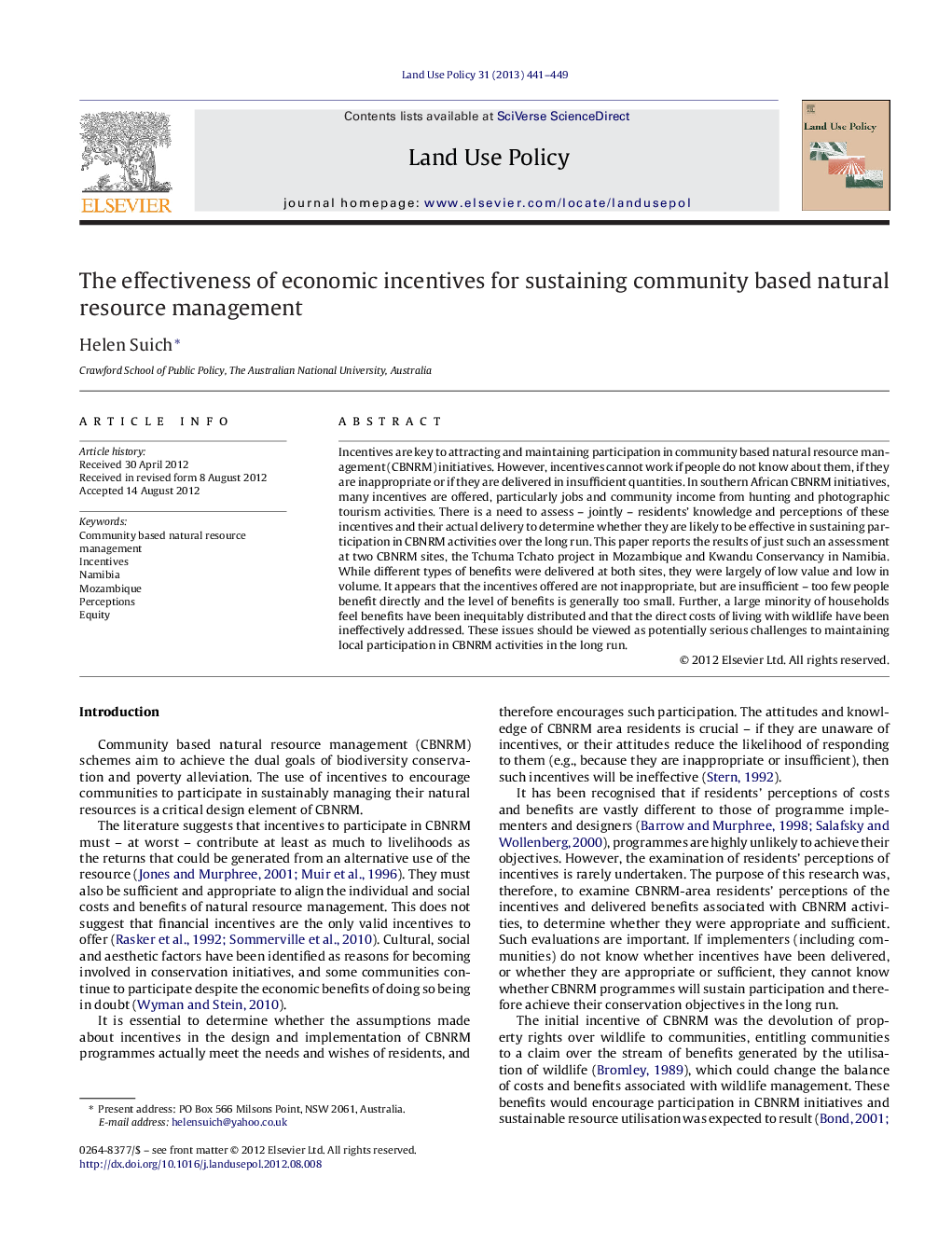 Incentives are key to attracting and maintaining participation in community based natural resource management (CBNRM) initiatives. However, incentives cannot work if people do not know about them, if they are inappropriate or if they are delivered in insufficient quantities. In southern African CBNRM initiatives, many incentives are offered, particularly jobs and community income from hunting and photographic tourism activities. There is a need to assess – jointly – residents’ knowledge and perceptions of these incentives and their actual delivery to determine whether they are likely to be effective in sustaining participation in CBNRM activities over the long run. This paper reports the results of just such an assessment at two CBNRM sites, the Tchuma Tchato project in Mozambique and Kwandu Conservancy in Namibia. While different types of benefits were delivered at both sites, they were largely of low value and low in volume. It appears that the incentives offered are not inappropriate, but are insufficient – too few people benefit directly and the level of benefits is generally too small. Further, a large minority of households feel benefits have been inequitably distributed and that the direct costs of living with wildlife have been ineffectively addressed. These issues should be viewed as potentially serious challenges to maintaining local participation in CBNRM activities in the long run.